Finally, Sgt. Andrew Tahmooressi, the American Marine who was held in Mexico, is about to be released. According to a family spokesman, a Mexican judge ordered that he be released from prison immediately.

He spent over eight months in prison as his family begged and pleaded with the Obama administration to no avail to work to secure his release. 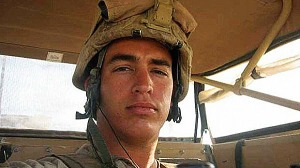 Hot Air
Man, did O’Keefe pick the right moment and the right state for this clip. By now everyone in conservative media has seen that bombshell Old Dominion study claiming that Democrat-heavy non-citizen votes may have delivered a Senate seat to Al Franken six years ago, which made a filibuster-proof majority possible for ObamaCare two years later. That same study claimed that Obama’s 2008 margin of victory in — ta da — North Carolina might also have been provided by non-citizens. And now here we are, five days away from a major midterm election in which control of the Senate hangs in the balance, and Kay Hagan’s leading Thom Tillis by one thin point in good ol’ NC. If she wins that race by a thousand votes, you’ll have confidence in the integrity of the outcome, won’t you?

More from John Fund, who (co-)wrote the book on voter fraud:

This month, North Carolina officials found at least 145 illegal aliens, still in the country thanks to the Obama administration’s Deferred Action for Childhood Arrivals program, registered to vote. Hundreds of other non-citizens may be on the rolls.

A voter-registration card is routinely issued without any identification check, and undocumented workers can use it for many purposes, including obtaining a driver’s license and qualifying for a job…

The [Old Dominion] paper is consistent with other credible reports of non-citizen voting. For example, Colorado’s Republican secretary of state, Scott Gessler, unveiled a study in 2011 showing that almost 5,000 illegal aliens cast votes in the U.S. Senate election in that state in 2010.

In 2005, the U.S. Government Accountability Office found that up to 3 percent of the 30,000 people called for jury duty from voter-registration rolls over a two-year period in one of the 94 current U.S. district courts were non-citizens.

One remarkable thing about this otherwise unremarkable midterm election is how many Senate races are tight as can be into the final week, notwithstanding broad expectations that Republicans will win six seats or better. The Hagan/Tillis race isn’t the closest in the RCP poll average: Right now, David Perdue leads Michelle Nunn by 0.5 points in Georgia and Greg Orman leads Pat Roberts by 0.9 points in Kansas. Other races with slightly wider margins seem to be tightening: Scott Brown trails Jeanne Shaheen by two points in the New Hampshire poll average but the last two polls taken their have shown him tied and leading by a point, respectively. If Democrats eke out a razor-thin victory in one of these four, some Republican’s going to have a heck of a recount challenge thanks to the Old Dominion authors.

Here’s an example of hilarious and good-natured ribbing, targeting liberals and President Obama.

Liberals get outraged whenever you criticize them, their actions, or their policies. They also frequently resort to a disgusting tactics to try to get their way.

This person’s bumper sticker is a great example of using the First Amendment to fight back against a bad government. Such political speech is the right of every American. This driver just did it in an unusually creative and funny way. Kudos to the owner of the car and bumper sticker.

The bumper sticker says, “Obama sucks, and so do liberal cowards who steal my stickers.”

There is no indication of how to get one for yourself, although they might be available somewhere online.

Hat Tip to Legal Insurrection for the source of the photo.

END_OF_DOCUMENT_TOKEN_TO_BE_REPLACED

The Obama administration believes everybody – even terrorists – deserve a second chance.So it comes as no surprise that up to 30 former detainees at the Guantanamo prison facility who have been released in the last three years have joined anti-Assad Islamist groups in Syria – including Islamic State.

END_OF_DOCUMENT_TOKEN_TO_BE_REPLACED

There are a number of states across the country that are embracing the Tenth Amendment, reasserting their sovereignty, and making moves to nullify various federal laws, effectively putting a stop to President Obama’s progressive leftist agenda.

One of the main issues that states are looking at nullifying within their borders is federal gun control laws, according to the Tenth Amendment Center.

The TAC points to three states that have taken steps towards nullifying federal gun control laws, which means that the states will refuse to cooperate with federal efforts at enforcing laws which infringe upon the Second Amendment.  Since the federal government relies heavily upon the states to enforce it’s federal laws, uncooperative states will render the laws “nearly impossible” for the feds to enforce.

END_OF_DOCUMENT_TOKEN_TO_BE_REPLACED

You had better not object to the pro-Islamic brainwashing that takes place in public schools. You might get banned from setting foot on campus:

A Maryland father who asked that his daughter be excused from learning about Islam in her world history class now finds himself under a no-trespass order that prevents him from setting foot on the girl’s public school campus.

The dad is Kevin Wood, a former corporal and eight-year veteran in the U.S. Marine Corps.

Wood was initially upset because he did not want his daughter, a high school junior, to participate in instruction about Islam.

It is easy to see why, considering the obsequious and insidious nature of this instruction, which apparently consists of whitewashing the barbaric cult in the interests of political correctness and comparing it favorably to its historic nemesis, Western Civilization.

A school district spokeswoman, Katie O’Malley-Simpson, said Wood threatened to cause problems at the school during his conversation with Morris. O’Malley-Simpson provided no specific information about any threats the former Marine made. …

To educrats, being a thought criminal is threatening enough.

His version of the conversation is that he explained in no uncertain terms that he does “not believe in” Islam and wants his daughter removed from class while other students study the Muslim religion. …

Wood is also frustrated that his daughter’s world history teacher would dedicate taxpayer-funded class time to Islam while giving short shrift — or just no shrift — to Christianity.

Call it trickle-down Islamophilia.
by 1dragon

On October 17 JW reported that the administration was actively formulating a deal to admit foreign nationals infected with Ebola into the country for treatment. Specifically, the goal is to bring the patients into the country within the first days of diagnosis, according to JW’s sources. The plan includes special waivers of laws and regulations that ban the admission of non-citizens with a communicable disease as dangerous as Ebola.

END_OF_DOCUMENT_TOKEN_TO_BE_REPLACED

A former Google security analyst was arrested for trying to join ISIS.
The Times of India reported, via Religion of Peace:

A former Google employee was detained for allegedly trying to join the Islamic State (IS) in Iraq, police said, after making a breakthrough which could help them bust an organised network of home-grown jihadis, planning to join the militant group.

Police sources in Hyderabad said that security analyst Munawad Salman, 30, a resident of Musheerabad, was held after officials tracked his conversation for months and was certain that his hidden agenda to visit Saudi Arabia was to cross over to Iraq and join Islamic State .

“He is being grilled for more information. This is perhaps the first time, a software engineer has got attracted to a global terror outfit like Islamic State in the recent past,” a senior police official told TOI.

“The arrest is very significant and could open a big door for us to trace more educated youth getting influenced by militants,” the officer said, referring to IS, whose main motive is to establish Caliphate (Islamic State) in vast swathes of the world.

Software engineer Salman, quit his Google India job six months ago. Since then, he had been actively reading ‘Al Isabha’ web propaganda, which is again run by sympathizers of Islamic State , formerly Islamic State of Iraq and Syria and al-Qaida, to target Indian Muslims, sources said. 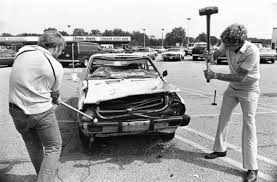 If I have said it once or a thousand times, please stop bashing Obama for a lack of accomplishment. Just look at this impressive list of things he is proud of. As you read this, ask yourself how many of these things you are proud he has done as our President.

This report by Fox News is in Video format – VIDEO HERE. It is 2 mins 48 seconds of shocking hell.

Fox News has obtained the actual State Department documents that proposes bringing non-US Citizens to this country, and treating them for Ebola at a cost of $500,000 to $1,000,000 each (minimum). The Ebola carriers would be given a “Fast Pass” by the State Department so that they could circumvent current US laws.