The Soros Open Society Foundations of Romania lawsuit was filed after State and USAID failed to substantively respond to an October 16, 2017, FOIA request seeking among other records:

The Soros Open Society Foundations of Colombia lawsuit was filed after State failed to respond to an October 23, 2017, FOIA request seeking among other records:

As in other parts of the world, a number of Soros-funded entities and projects in Romania are also funded by the United States Government. The Romanian Center for Independent Journalism, which is supported by the Open Society Institute in New York, recently received $17,000 from the State Department.

In February 2017, Laura Silber of Open Society Foundations reportedly condemned “illiberal governments” in the Balkans, such as Macedonia, Albania and Romania, for working against the Soros NGOs. In Romania, in March 2017, the leader of the governing party reportedly charged that the Soros foundations “that he has funded since 1990 have financed evil.”

Soros’ NGOs in Colombia are reportedly receiving millions from USAID:

Verdad Abierta, a web-based portal created by Teresa Ronderos, director of the Open Society Program on Independent Journalism, boasts on its website that it receives support from USAID. Abierta has helped rewrite Colombia’s history, elevating terrorists to the same level as the legitimate police and military forces, and rebranding decades of massacres, kidnappings, child soldiering, and drug trafficking by a criminal syndicate as simply “50 years of armed conflict.”

Fundacion Ideas para la Paz, once led by peace negotiator Sergio Jaramillo, now a member of the oversight “junta,” is funded by the Open Society Foundations and has received more than $200,000 in U.S. tax dollars.

The left-wing news portal La Silla Vacia, another Open Society initiative, also boasts of being a USAID grantee. Its columnist, Rodrigo Uprimny, whose NGO DeJusticia also partners with USAID and Open Society, is considered one of the architects of the peace deal.

“It is time for Americans to be allowed to see State Department documentation regarding the public funding of Soros’ Open Society Foundations,” said Judicial Watch President Tom Fitton. “The billionaire George Soros needs zero assistance from taxpayers to promote his far-left agenda abroad.”

Judicial Watch now has three FOIA lawsuits relating to the Obama administration’s funding for Soros’ operations. Judicial Watch is pursuing information about Soros’ activities in Macedonia and Albania, as well. The former Prime Minister of Macedonia Nikola Gruevski reportedly called for a “de-Sorosization” of society. In February 2017, Judicial Watch reported that the U.S. government has quietly spent millions of taxpayer dollars to destabilize the democratically elected, center-right government in Macedonia in collusion with George Soros.

In a March 2017, letter to Secretary of State Rex W. Tillerson, six U.S. Senators (Sens. Lee (R-UT), Inhofe (R-OK), Tillis (R-NC), Cruz (R-TX), Perdue (R-GA) and Cassidy (R-LA)) called on the secretary to investigate the relations between USAID and the Soros Foundations and how U.S. tax dollars are being used by the State Department and the USAID to support left-of-center political groups who seek to impose left-leaning policies in countries such as Macedonia and Albania.

By Jim Campbell
March 28, 2018
Despite a growing humanitarian crisis in Gaza, Hamas carried out a two-day, large-scale military drill in Gaza earlier this week featuring 30,000 terrorist operatives, according to a Meir Amit Intelligence and Terrorism Information Center report.

Operatives from across Hamas’ military wing, including air, land, and sea units participated in the military exercises, demonstrating the terrorist organization’s efforts to improve interoperability among its various components.

Iran is actively enhancing its terrorist proxies’ capabilities, including drone arsenals for groups like Hezbolah and Hamas to improve their offensive operations.

The drill took place days before Land Day, in anticipation of more Palestinian demonstrations across Israel.

Once again and on cue, the gun-control zealots are calling for the repeal of the Second Amendment.  Former Supreme Court justice John Paul Stevens parroted the gun-grabber narrative in his recently published New York Times article: “[t]he demonstrators should seek more effective and lasting reform.  They should demand a repeal of the Second Amendment.”  He further bloviates that the Second is a relic of the 18th century.  It’s a sorry state of affairs when a Supreme Court justice who was tasked with upholding the U.S. Constitution – including the Bill of Rights – must be reminded why the right of the people to keep and bear arms shall not be infringed.  You’d think a constitutional scholar would know these things.  It’s also proof positive that advanced age and wisdom are not necessarily synonymous.

The Bill of Rights Institute provides an excellent brief background on the first ten amendments to the U.S. Constitution.  Simply put and stated eloquently, “[t]he Bill of Rights is a list of limits on government power.”  Unfortunately, not only are there those in favor of surrendering their Second Amendment right, but these same people believe that government forces are incapable of oppression, subversion, coercion, or any number of other forms of tyranny.  My advice to this particular group of naïve, nattering nabobs?  Pick up any American history book and revisit why America’s Founding Fathers were familiar with government oppression – they lived it, and many gave their lives fighting it.  As history has shown time and time again, tyrants conquer the populace by instilling fear.  They rely on killing or sinister threats of harm and injury to control the masses.  Heinous killing sprees and wretched oppression of the citizenry are the result of a people unable to defend themselves.

END_OF_DOCUMENT_TOKEN_TO_BE_REPLACED

A new documentary by CBS News reveals that Marjory Stoneman Douglas High School student David Hogg, who has become the face of the student body’s push for gun control, was not at the school at the time of the shooting.

The bombshell comes from David Hogg himself, who made the admission to a CBS News interviewer as part of the documentary “39 Days.”

DAVID HOGG: “On the day of the shooting, I got my camera and got on my bike and road as fast as I could three miles from my house to the school to get as much video and to get as many interviews as I could because I knew that this could not be another mass shooting.”

Once again, we’re reminded how the Left just hates us, and that they can’t be trusted on gun control. Enough with the lies that they just want common sense gun control.  They either want to lay down the foundation to ban and confiscate guns, or they just want to kill you—or at least joke about it. In North Carolina, a Democrat running for sheriff joked about just that during a meeting with Moms Demand Action. The race is in Buncombe County (via NTK Network):

Democrat Daryl Fisher, a candidate for Buncombe County Sheriff in North Carolina, joked that he would be fine with prying guns from owners’ “cold, dead hands” at a meeting with Moms Demand Action earlier in March.

“How far do we go?” Fisher asked rhetorically. “Any weapon that’s designed for use by the military, I think we should ban.” He told the gun control group that they shouldn’t be intimidated by right-wing “scare tactics.”

“You’ve heard people say, ‘You’ll have to pry my guns from my cold, dead hands,’” Fisher said. The Democrat then shrugged his shoulders and commented, “Ok!”

For those quarterbacking this latest gun control push, are they aware of what’s happening in their backyard? I think they are. They say one thing to the cameras to not scare the country, but their supporters, the Democratic base, and obviously the rabid progressive wing of America want to ban guns—and they’ll probably have zero problems with gun owners being killed. Killing people to save people—granted what else would you expect from a political movement that thinks it’s perfectly fine to kill babies. It’s par for the course. At the same time, it just shows why every election at every level is important.

There are two parts to the anti-Trump conspiracy. The first was to stop him from being elected. The second ongoing part is to take him down.

The day before yesterday it was reported that Andrew McCabe, at the request of two democrat Senators, opened a criminal investigation into Jeff Sessions in 2017.

Nearly a year before Attorney General Jeff Sessions fired senior FBI official Andrew McCabe for what Sessions called a “lack of candor,” McCabe oversaw a federal criminal investigation into whether Sessions lacked candor when testifying before Congress about contacts with Russian operatives, sources familiar with the matter told ABC News.

Democratic lawmakers have repeatedly accused Sessions of misleading them in congressional testimony and called on federal authorities to investigate, but McCabe’s previously-unreported decision to actually put the attorney general in the crosshairs of an FBI probe was an exceptional move.

The probe was requested by two democrats of highly questionable ethics:

END_OF_DOCUMENT_TOKEN_TO_BE_REPLACED 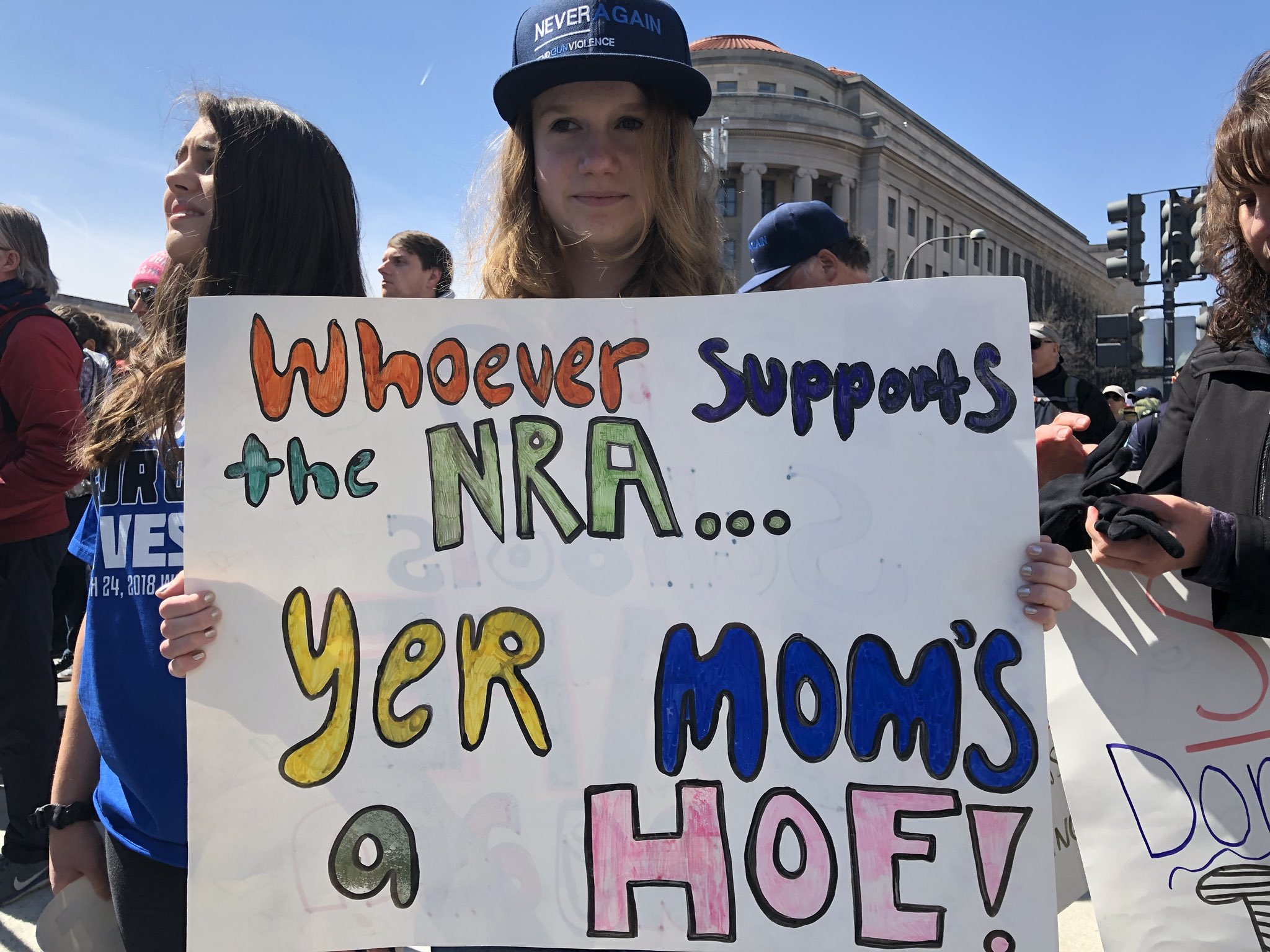