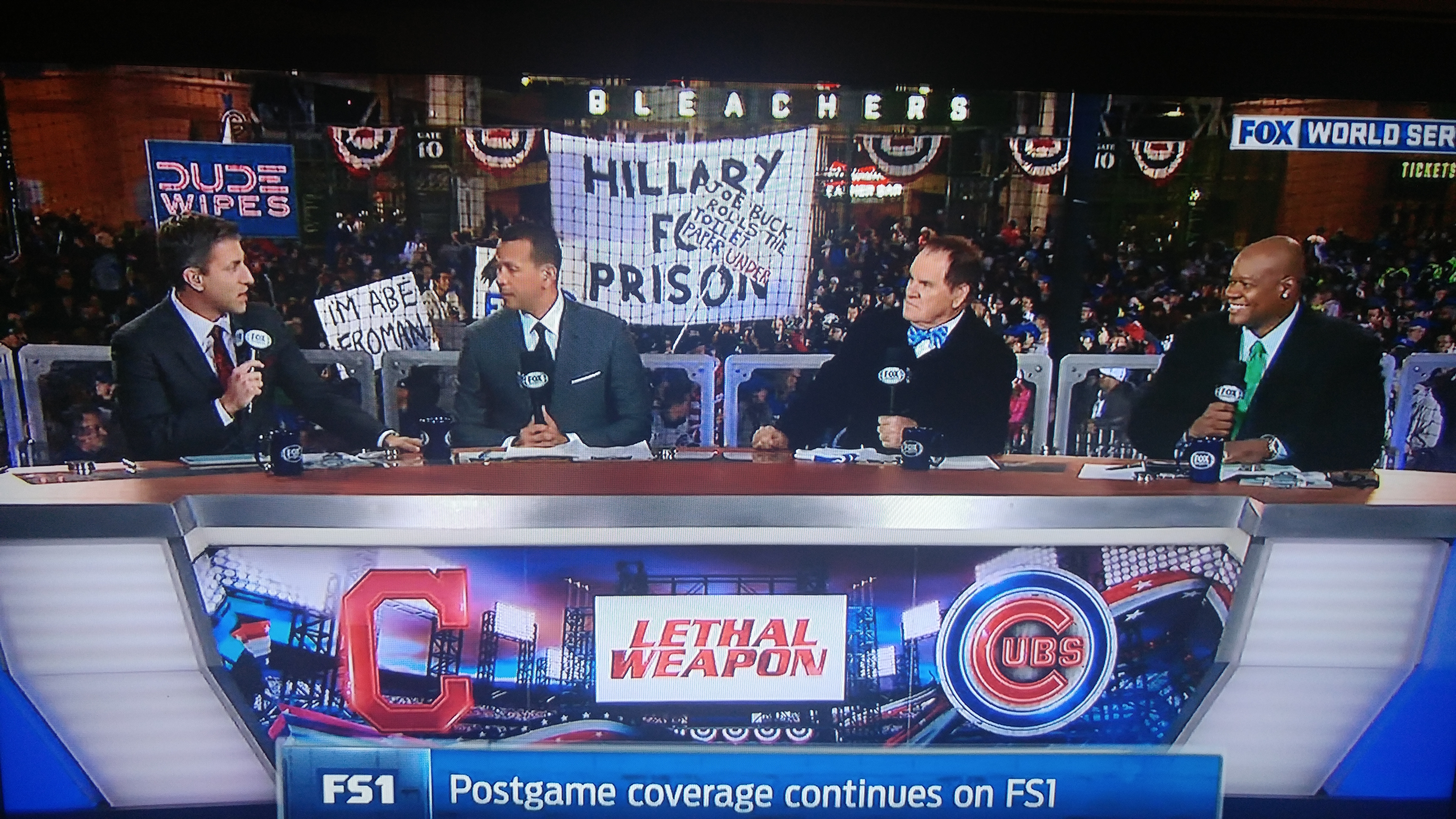 by 1dragon
by 1dragon
Red State Watcher
Huma Abedin has VOIDED her immunity deal with the FBI. This means she has to sing or face jail time. Hillary Clinton no longer wants her around. According to reporters on Hillary’s campaign, Abedin is no longer sitting near the front cabin on her plane to Florida. She’s no where to be found this morning. So sad. 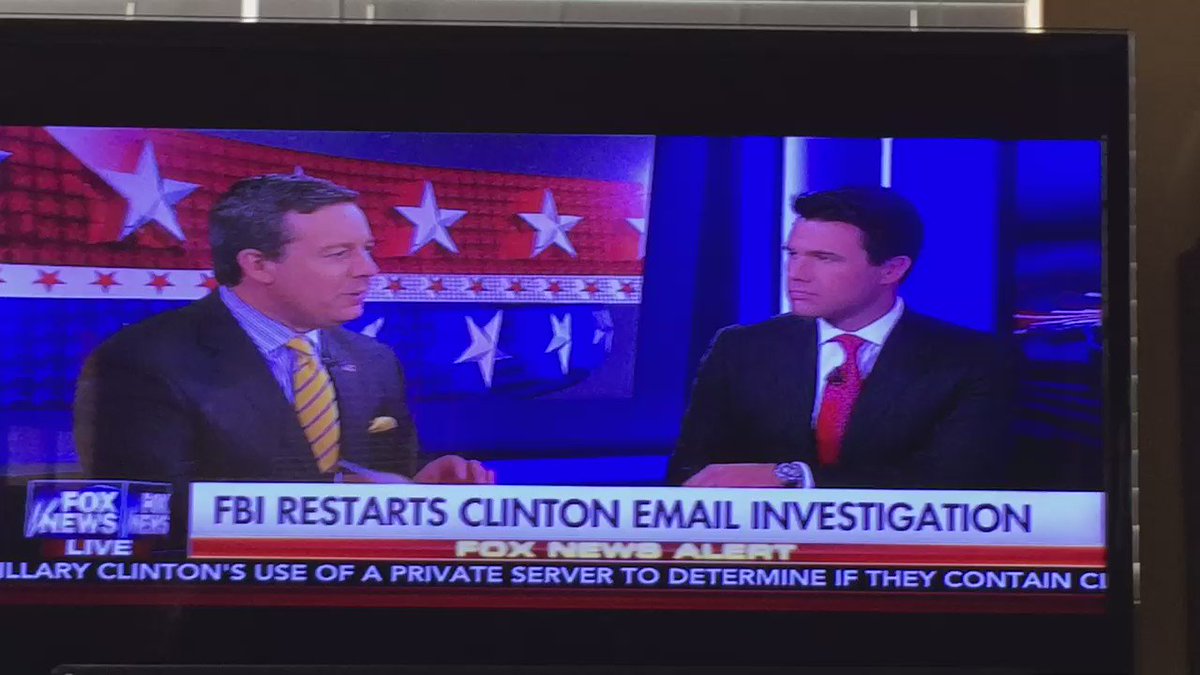 #Hillarysemail Huma Abedin is not on the plane with #HillaryClinton today. She must be freaking out especially since she signed this doc.

What was their security-clearance level?

What was the legal rationale under which Hillary Clinton quite intentionally shared classified information with her lawyers, including David Kendall, Cheryl Mills, and Heather Samuelson?

As I outlined in last weekend’s column, we know that Clinton’s e-mails were replete with classified information. According to the FBI, the classified e-mails included intelligence graded at the most closely guarded level: eight top-secret e-mails, and seven designated as “special access program” (SAP) information. (While FBI director James Comey’s presentation understandably left this vague, the likelihood is that seven of the eight top-secret e-mails are SAP.) Under President Bill Clinton’s 1995 executive order, top-secret intelligence is information the mishandling of which “could be expected to cause exceptionally grave damage to the national security.” The SAP designation is added when the unauthorized disclosure of intelligence could compromise critical intelligence-gathering methods or imperil the lives of intelligence sources.

That is why access to this information is so tightly restricted, and its unauthorized disclosure is routinely prosecuted.

With that as our backdrop, let’s get two things straight.

END_OF_DOCUMENT_TOKEN_TO_BE_REPLACED

(Washington, DC) – Judicial Watch announced today that it filed a Freedom of Information (FOIA) lawsuit to obtain Federal Bureau of Investigation (FBI) records relating to its “investigation of former Secretary of State Hillary Clinton’s use of a non-government email server during her tenure.”  The lawsuit includes a demand for FBI “302” documents, which are reports of FBI investigation interviews.  The lawsuit was filed in the U.S. District Court for the District of Columbia (Judicial Watch v. U.S. Department of Justice (No. 1:16-cv-02046).

The Judicial Watch FOIA lawsuit was filed after the Justice Department failed to comply with a July 7, 2016, FOIA request seeking the following:

There is significant controversy about whether the FBI and Obama Justice Department investigation gave Clinton and other witnesses and potential targets preferential treatment.

The FBI extended numerous immunity agreements, including: Clinton’s former Chief of Staff Cheryl Mills; John Bentel, former director of the State Department’s Office of Information Resources Management; Heather Samuelson, Clinton’s executive assistant; Brian Pagliano, an IT employee at the State Department who serviced the Clinton non-government server; and an employee at Platt River Networks, the company that maintained it.  It is not clear whether Hillary Clinton received some type of immunity.

Adding to the growing controversy about the handling of the Clinton matter, The Wall Street Journal recently reported this week that finance records show longtime Clinton supporter Virginia Gov. Terry McAuliffe’s PAC gave a $467,500 campaign donation to the wife of Andrew McCabe, the FBI’s deputy director.  His wife ran for the Virginia Senate in 2015. At the time of the campaign and of McAuliffe’s support, McCabe was associate deputy director. McCabe continues to be involved in the investigation of Clinton’s email case. Fox News reports that he was recently asked to brief House Oversight Committee on allegations that a State Department official offered a “quid pro quo” with the FBI in an attempt to declassify an email.

On June 29, 2016, Attorney General Loretta Lynch is reported to have met privately with former President Bill Clinton on board a parked private plane at Sky Harbor International Airport in Phoenix, Arizona. The meeting occurred during the then-ongoing investigation of Mrs. Clinton’s email server, and mere hours before the Benghazi report was released publicly involving both Mrs. Clinton and the Obama administration. Judicial Watch filed a request on June 30 that the U.S. Department of Justice Office of the Inspector General investigate that meeting.

The FBI has released to the public some Clinton investigation materials, other records remain withheld.

“FBI Director James Comey’s promise to the American people of transparency about the FBI’s investigation of Clinton was an empty promise – otherwise we wouldn’t be in federal court seeking this information,” said Judicial Watch President Tom Fitton. “An air of corruption surrounds the FBI/Justice Department investigation of Hillary Clinton and so, through this lawsuit, Judicial Watch is investigating the investigators.”

Is this the competence needed to serve in the presidency?

An interview with Greg Hicks on the Terence Jeffrey show brought out some new details in the tragic events that took place in Benghazi. Hillary Clinton was responsible for the security at the mission and she knew there were 10 terror camps in the area but failed to act appropriately.

At the same time, we are discovering through Wikileaks that Clinton and her team were more concerned about the cover up than any other issue.

What kind of coward does not own up to his/her mistakes and then casts the blame off on others after abrogating those responsibilities in the first place? Just because she is a woman, it doesn’t mean that she can act dishonorably.

END_OF_DOCUMENT_TOKEN_TO_BE_REPLACED

Ninety-eight federal inmates will return home sooner than expected after President Barack Obama commuted their sentences on Thursday, part of a clemency push that has sped up dramatically in Obama’s final months.

All told, Obama has cut short sentences for 872 inmates, including 688 this year. The figure is higher than the number commuted by the previous 11 presidents combined, and the White House said more commutations were coming before Obama leaves office in January. Of the latest batch, 42 had been serving life sentences, the White House said.

Neil Eggleston, Obama’s White House counsel, said it was important to remember that “there are personal stories behind these numbers.”

The security agents, who were interviewed as witnesses in the FBI’s investigation of Clinton’s use of an unauthorized private email server to send classified information, complained that Abedin had unusual sway over security policies during Clinton’s 2009-2013 tenure at Foggy Bottom.

FBI interview notes indicate that Abedin, a Pakistani-American Muslim whose family has deep ties to Saudi Arabia, Pakistan and the radical Muslim Brotherhood, was granted Top Secret security clearance for the first time in 2009, when Clinton named her deputy chief of staff for operations. Abedin said she “did not remember” being read into any Special Access Programs (SAPs) or compartments.

If Clinton wins the presidency next month, she is expected to tap Abedin as her chief of staff, a position that would give her the power to run White House operations – including personnel security and visitor access. The position does not require Senate confirmation.

END_OF_DOCUMENT_TOKEN_TO_BE_REPLACED

SPECTRE is an acronym which stands for the Special Executive for Counter-Intelligence, Terrorism, Revenge and Extortion.

Enemies of SPECTRE and traitors within the villainous organization itself, found themselves dispatched to their deaths by electrified conference room chairs, pools of sharks, underground rivers filled with Piranhas, or by facing the vile Rosa Klebb and her dagger filled shoes laced with a deadly nerve agent.

Ian Fleming would be awed by how much the globalist establishment of 2016 resembles the fictitious SPECTRE of the 1960’s.

END_OF_DOCUMENT_TOKEN_TO_BE_REPLACED

ISIS recruits new members in no small part via the internet. So why don’t we simply just shut off the internet to ISIS? No, we can’t do that, says obama’s FCC:

“Isn’t there something we can do under existing law to shut those Internet sites down?” Barton asked. “And I know they pop up like weeds, but once they do pop up, shut them down and turn the Internet addresses over to the appropriate law enforcement agencies to try and track them down.”

“We cannot underestimate the challenge,” FCC Chairman Tom Wheeler responded. “I’m not sure our authority extends to [shut down the websites], but I do think there are specific things we can do.”

Wheeler similarly told Rep. Bobby Rush (D-Ill.) that the commission does not have the authority to target the social media accounts of gang leaders in the United States that are contributing to urban violence.

But the chairman said he can use the FCC’s bully pulpit to press tech CEOs on the issue, such as Facebook’s Mark Zuckerberg.

“I will call Mark Zuckerberg this afternoon to raise the issue you’ve raised and the issue Mr. Barton raised. And I’m sure he is concerned as well and he’ll have some thoughts,” Wheeler said.

Many major social media companies have abuse policies that prohibit and remove accounts that are flagged for promoting terrorism or violence.

Wheeler offered other areas where the commission could take action. He specifically mentioned the rash of vandalism to fiberoptic cables in the California Bay Area.

Local news outlets have reported on cuts to private fiberoptic cables owned by major telecom companies such as AT&T that provide the backbone of Internet service. AT&T has offered a quarter million dollar reward for information about the attacks.

While law enforcement has the authority to investigate the crimes, the FCC maintains a confidential reporting system that requires various telecommunications carriers to report outages around the country.

No, obama won’t shut off the internet to the ISIS stronghold of Raqqa because they have “rights”: