(Fox News) — Acting ATF Director Kenneth Melson has been reassigned to a lesser post in the Justice Department and the U.S. attorney for Arizona was also pushed out Tuesday as fallout from Operation Fast and Furious reached new heights.

Melson’s step down from his role as head of the Bureau of Alcohol, Tobacco, Firearms and Explosives to the position of senior adviser on forensic science in the Department of Justice’s Office of Legal Programs is effective by close of business Tuesday, administration officials announced. U.S. Attorney for the District of Minnesota B. Todd Jones will replace Melson.

U.S. Attorney for Arizona Dennis Burke, one of the officials closely tied to Fast and Furious, is also a casualty in a shakeup tied to the botched gun-running program. Burke was on the hot seat last week with congressional investigators and, according to several sources, got physically sick during questioning and could not finish his session.

The purge of those responsible for the firearms trafficking scandal continued as new documents reveal a deeper involvement of federal agencies beyond ATF.

Members of the political-media complex have no intention of addressing Barack Hussein Obama’s ineligibility for the Presidency or his criminal activity both before and after occupying the White Housebecause it would expose their own culpability in the greatest fraud ever perpetrated on the American people.

Their plan is to stall, wait for the Obama

“problem” to be overtaken by events, like the 2012 election, and then sweep his crimes and theirs under the rug.

END_OF_DOCUMENT_TOKEN_TO_BE_REPLACED

I come across a driver with an Obama
sticker, I try to get next to them at a light and get their attention.
Then I
roll down my window and said “Hey! I thought
you might like to know, that some prankster has slapped
an Obama
sticker on your car!” Then I smile and roll up my window.

Makes my
day every time!  I hope it does yours as well.

In his Weekly Address Barack Obama today urged Americans to continue to transform 9-11 into a day of community service and soup kitchens.

This is what you get when you elect a radical socialist as president.

From the President’s Weekly Address:

END_OF_DOCUMENT_TOKEN_TO_BE_REPLACED

by 1dragon
NPI
Ogletree is an authority on race and politics and became Obama’s mentor when Obama was a student there. Another former Ogletree student is Michelle Obama. The first lady did not accompany her husband to the reception, but senior adviser Valerie Jarrett, who also has a home on the island, joined him.

Charles Ogletree was a black panther. He is also the lawyer of Henry Louis Gates, the racist Harvard professor who’s racism caused the beer summit. Ogletree’s daughter Rashida was recently hired into Holder’s Justice Department as a lawyer. Ogletree is still a militant leftist and is still called on by the Obamas for advice.

END_OF_DOCUMENT_TOKEN_TO_BE_REPLACED

The problem is, is that the way Bush has done it over the last eight years is to take out a credit card from the Bank of China in the name of our children, driving up the national debt from 5 trillion for the first 42 presidents — number 43 added $4 trillion by his lonesome, so that we now have $9 trillion of debt that we are going to have to pay back — $30,000 for every man, woman and child. That’s irresponsible. It’s unpatriotic.

Forget for a moment that during the Bush administration, the highest offense one could commit was to question the patriotism of the far-Left.

The latest posting by the Treasury Department shows the national debt has now increased $4 trillion on President Obama’s watch.

The debt was $10.626 trillion on the day Mr. Obama took office. The latest calculation from Treasury shows the debt has now hit $14.639 trillion.

It’s the most rapid increase in the debt under any U.S. president.

Remember, Number-44 racked up what he deems an “unpatriotic” amount of debt in less than three years, while it took the free-spending George W. Bush administration eight years to compound an equivalent deficit.

By Obama’s reasoning, that means he must really hate this country.

by 1dragon
Comments by 1 Dragon
Don’t get me wrong, I like Marco Rubio but it has been said before……… two wrongs don’t make a right. Reguardless of what the mainstream media or any talk shot host tells you, Marco Rubio may make a great VP but like Obama, he is not a Natural Born Citizen.
Pixel Patriot
Marco Rubio is not now and never can be a Natural
Born Citizen because his parents were not citizens at the time he was born
precluding him from eligibility for President or Vice-President of the United
States as set forth in the U.S. Constitution:
Article II  Section I  Clause
V
“No person except a natural born Citizen, or a Citizen of the
United States, at the time of the Adoption of this Constitution, shall be
eligible to the Office of President; neither shall any Person be eligible to
that Office who shall not have attained to the Age of thirty-five Years, and
been fourteen Years a Resident within the United States.”
Source:
by 1dragon

If I recall correctly – which I do – the federal oath of office binds employees thusly: “I, [name], do solemnly swear (or affirm) that I will support and defend the Constitution of the United States against all enemies, foreign and domestic…” I would like to take a look at that word “domestic” as it applies to what has and is occurring in America

As most of you are aware, the fascist and Marxist left has, over the years, infiltrated and virtually taken over middle and upper management of our government agencies. Land and environmental management agencies, especially, have been infested with radicals and extremists, the way the Democrat-run inner cities are infested with rats, cockroaches, and criminals. They are everywhere, in the daylight, and in the dark nooks and crannies.

END_OF_DOCUMENT_TOKEN_TO_BE_REPLACED 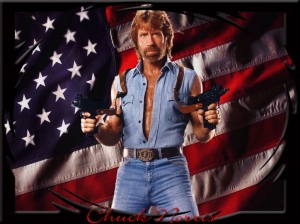 Not long ago, the gun control advocates Jim and Sarah Brady visited the White  House. President Barack Obama reportedly told them that he was working on new  gun control schemes “under the radar.”

It’s been said that guns have two  enemies — rust and politicians. Rust never sleeps, and neither do those who  would seek to restrict our constitutional rights. So let me tell you about a  meeting you weren’t invited to, where those people were planning an attack on  our rights that’s very much “under the radar.”

It happened in July at the  United Nations headquarters in New York, at a meeting to draft of what they call  the U.N. Arms Trade Treaty.