The FBI raided the home of a whistleblower who was in possession of documents regarding the Clinton Foundation and Uranium One, according to the whistleblower’s lawyer, Michael Socarras.

FBI agents raided the home of a recognized Department of Justice whistleblower who privately delivered documents pertaining to the Clinton Foundation and Uranium One to a government watchdog, according to the whistleblower’s attorney.

The Justice Department’s inspector general was informed that the documents show that federal officials failed to investigate potential criminal activity regarding former Secretary of State Hillary Clinton, the Clinton Foundation and Rosatom, the Russian company that purchased Uranium One, a document reviewed by The Daily Caller News Foundation alleges.

The delivered documents also show that then-FBI Director Robert Mueller failed to investigate allegations of criminal misconduct pertaining to Rosatom and to other Russian government entities attached to Uranium One, the document reviewed by TheDCNF alleges. Mueller is now the special counsel investigating whether the Trump campaign colluded with Russia during the 2016 election.

END_OF_DOCUMENT_TOKEN_TO_BE_REPLACED 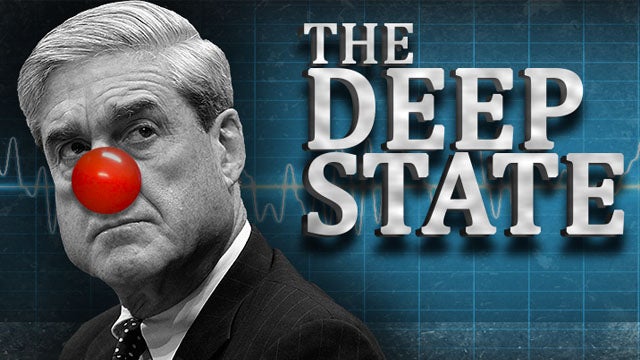 This Mueller Clown Show Might as Well Indict Minnie Mouse

(Washington, DC) – Judicial Watch announced today that it sued the United States Defense Department to obtain government records from 1973 to the present regarding U.S. soldiers who were prisoners of war or missing in action in Vietnam and Laos (Judicial Watch v. U.S. Department of Defense (No. 1:18-cv-02276)).

Judicial Watch filed the lawsuit after the Pentagon failed to respond to two Freedom of Information Act (FOIA) requests.

“The Vietnam MIA-POW issue is a sore spot for many veterans and concerned Americans. Why is the Pentagon stonewalling our attempts to obtain information that is clearly in the public interest?” said Judicial Watch President Tom Fitton.

Former Secret Service agent Dan Bongino’s explosive new book (with D.C. McAllister), Spygate: The Attempted Sabotage of Donald J. Trump, spotlights the left’s broken trust with the American people and the blatant criminality of  the Obama/Clinton Deep State.  Since the moment Donald J. Trump and his wife Melania glided down the Trump Tower escalator into history, the Democrats and the allies in the Deep State have been committed to crushing him.

For Trump, it was obvious that draining the swamp was never going to be easy because everything possible would be done to disguise and protect the illegal activities of the Obama/Clinton administration. But who thought they would go this far?

Bongino has painted a highly detailed account of how the Obama administration criminalized our intelligence communities as well as other government agencies to  stop Trump, and when that didn’t work to try and bring down the president of the United States.

END_OF_DOCUMENT_TOKEN_TO_BE_REPLACED

This originated from “the Trump Train” but POTUS retweeted it liberal heads will explode everywhere!

It says “now that the Russian collusion is proved a lie, when do the trials four treason begin?” 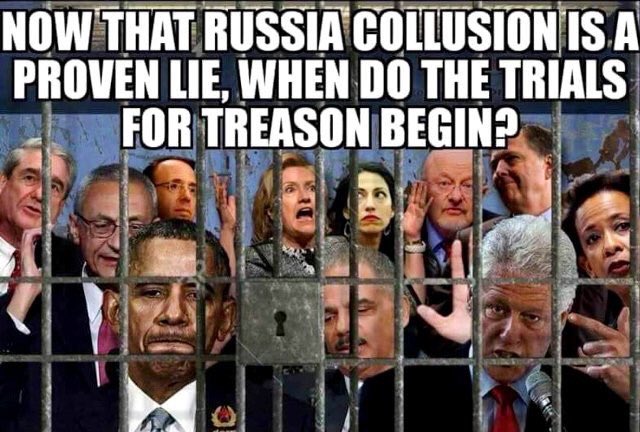 That was then: Over six years ago, then-vice president Joe Biden (D) was campaigning for a second term for the Democratic administration of Barack Hussein Obama and himself with this proud theme:

If you are looking for a bumper sticker to sum up how President Obama has handled what we inherited, it’s pretty simple: Osama bin Laden is dead and General Motors is alive.

At that time, after four years of Obama’s rule, the U.S. unemployment rate was 8%.

Well, the theme worked, and that dynamic Democratic duo – plus others – were re-elected for a second term in November 2012.

But a year later, Biden was relatively silent when (emphasis added):

END_OF_DOCUMENT_TOKEN_TO_BE_REPLACED

Islamic terrorists are a “tiny minority of extremists”. That’s the message we’ve been hearing ever since 9/11. They’re only a handful of “guys in a cave” or a few “lone wolves” radicalized over the internet.

How tiny is that tiny minority?

According to a study by the Center for Strategic and International Studies, there are 230,000 Jihadists.

Put this tiny minority of extremists together in a city and you would have Boise, Idaho, or Richmond, Virginia, or Des Moines, Iowa. But that’s not a roster of Muslim civilians who support Islamic terrorism, just active members of terrorist groups. And so a better point of comparison is to national armies.

At 230,000, Sunni Islamic Jihadists outnumber the British Armed Forces (149,000), the French Armed Forces (117,000), and Germany’s Bundeswehr (179,753). That should be troubling since those are some of the militaries and countries on the front lines of Europe’s reluctant fight against Islamic incursions.

The list of Sunni fighters has a lot of questions marks and is incomplete. Sunnis outnumber Shiites, but under the Iranian umbrella, Shiites have fielded sizable terror forces in Iraq, Lebanon and Yemen.

Hezbollah in Lebanon boasts between 25,000 to 65,000 Jihadists. The Houthis in Yemen, currently the beneficiaries of a massive propaganda campaign in the media, have around 25,000 to 30,000 Jihadists. Iraqi PMU’s add another 90,000 to 150,000 Jihadists to these numbers. And finally there’s Iran’s own Revolutionary Guard, a regional terror hub with another 120,000 members.

These numbers add between 260,000 and 365,000 Jihadists on the Shiite side for a total of over half a million Sunni and Shiite Jihadists making Islamic terrorists the world’s eighth largest military.

That’s not a tiny minority of extremists and it’s not a few guys in a chat room or a cave.

END_OF_DOCUMENT_TOKEN_TO_BE_REPLACED

As long as we are on the subject of whether there is such an animal as an “Obama judge,” let us consider the judges who sit on the FISA court and issue warrants allowing surveillance of American citizens who are suspected foreign agents, essentially taking the uncontested word of the government.

Their actions on behalf of one political campaign, colluding with a corrupt DOJ and FBI to target a political opponent, are not supposed to happen in a country based on the rule of law as administered by supposedly impartial judges.  Empowered to safeguard our national security against foreign actors, they essentially served as an extra-constitutional arm of the Hillary Clinton campaign as it colluded with foreign actors to stage a Deep-State coup against a duly elected president, Donald J. Trump?  Aiding and abetting the legacy of Barack Obama seems like something an “Obama judge” would do.

Chief Justice Roberts is the one who gets to appoint judges to the FISA court – every last one of them, judges like Rudolph Contreras, who granted a previously denied Michael Flynn FISA warrant.  His appointees are the ones who swallowed whole the contentions of the Obama administration using unverified material put together by a British agent and his Russian sources to aid one political party at the expense of another.

END_OF_DOCUMENT_TOKEN_TO_BE_REPLACED

A former senior Ohio lawmaker who had served as assistant minority whip in the Ohio legislature was arrested this past weekend for the murder of his estranged wife. He had previously served nine months in state prison for assaulting her in 2014 while a common pleas judge in Cuyahoga County — a position he had been appointed to by then-Gov. Ted Strickland (Democrat).

But would you ever know that Lance Mason was a Democrat? Not if you relied on the media reporting.

The Cleveland Plain Dealer reported: Former Cuyahoga Common Pleas Judge Lance Mason, who spent nine months in prison for beating his then-wife in front of their children, is accused of fatally stabbing the woman Saturday morning at his Shaker Heights home, according to three sources.

Mason was arrested on suspicion of murder in connection with the death of his estranged wife, Aisha Fraser Mason, at his home on Chagrin Boulevard near Normandy Road, the sources said […]

Mason in August 2014 punched his then-wife 20 times and slammed her head against the dashboard of his car five times, breaking her orbital bone.

The couple’s children were in the back of the car when the attack occurred. Mason, who previously served in the state legislature, was a sitting Cuyahoga County judge when the attack happened.

Mason was charged earlier today with felonious assault for crashing into a police cruiser and injuring an officer while leaving the scene of the fatal stabbing. Despite Mason having served in both the Ohio House and Senate, including a stint in leadership of the House Democrat caucus, there’s no mention in the article of his political affiliation.

Mason served two terms in the Ohio House, and was serving a term in the Ohio Senate when he was selected by Democrat Gov. Ted Strickland to fill a seat on the Cuyahoga Court of Common Pleas.

After serving nine months of his two year prison sentence for assaulting his wife, Mason was hired last year by Cleveland Mayor Frank Jackson as minority business development administrator in the city’s Office of Equal Opportunity. He was fired from that job this past weekend after his arrest on murder charges.

When the story of this weekend’s murder went national yesterday, there was also no mention of Mason’s deep roots in the Ohio Democrat Party…..