Joe Kaufman, a Shillman Journalism Fellow at the David Horowitz Freedom Center, is Chairman of the Joe Kaufman Security Initiative and the 2014, 2016 and 2018 Republican Nominee for U.S. House of Representatives (Florida-CD23).

The Islamic Circle of North America (ICNA) has a long history rooted in terror. However, recently the group has been giving out food, in response to the coronavirus pandemic. Can a few bags of fruits and vegetables remove ICNA’s horrors of the past and threat to the present? Two lawmakers, US Congressman Lou Correa and Michigan Governor Gretchen Whitmer, seem to think so, as they have showered ICNA with praise and commendations, while ignoring the organization’s extremism and bigotry. Correa and Whitmer should rescind their unwarranted words and awards immediately.

ICNA was established, in September 1968, as the American arm of Jamaat-e-Islami (JI), the largest Islamist group in South Asia. Not long after ICNA’s founding, JI’s then-paramilitary wing, al-Badr, was helping to massacre people in East Pakistan, what is now called Bangladesh, in a genocide that took the lives of up to three million individuals. One of al-Badr’s commanders, Ashrafuz Zaman Khan, who was sentenced to death (in absentia), in November 2013, for multiple murders, held the positions of Vice President of ICNA National and President of ICNA-New York and, according to his LinkedIn page, is still involved with ICNA.

In August 2006, JI announced on its website that its charitable apparatus, the Al-Khidmat Foundation (AKF), had taken a delegation to the Damascus, Syria home of then-global head of Hamas, Khaled Mashal, presenting Mashal with a check for $100 thousand. Mashal thanked the delegation and said that Hamas would continue terrorist activities against Israel. At the time of the transaction, ICNA was a partner to AKF and topped the list of donors on AKF’s website. AKF’s current President, Muhammad Abdus Shakoor, is a former Secretary General of ICNA; ICNA continues to be a partner to AKF; and JI continues to openly support Hamas.

In December 2017, ICNA’s overseas relief function, Helping Hand for Relief and Development (HHRD), organized an event masked as something to help people with disabilities that featured representatives from AKF as well as the Timergara, Pakistan chief of Falah-e-Insaniat Foundation (FIF), Qari Rehmatullah. In November 2010, the US government designated FIF a front for the Pakistani terrorist organization Lashkar-e-Taiba (LeT).

In October 2000, on the homepage of the website for ICNA’s South East Region, links could be found to the official websites of Hamas, Hezbollah and the Taliban. The group also published a link to qoqaz.net, a now-defunct financing and recruitment website for al-Qaeda. The webmaster of the ICNA site, Syed Khawer Ahmad, was also a webmaster for Hamas, itself.

Syed Ammar Ahmed is the Government Affairs Specialist for ICNA Relief USA, the division of ICNA that has been giving out food during the coronavirus pandemic. In February 2010, following a debate he participated in at a school, Ahmed wrote on Facebook, “I hate white people” and joked that he “should have threatened to blow up the school.”

None of this should be overlooked. Yet, two powerful lawmakers have ignored all of it.

Last month, on May 21st, US Representative Jose Luis Correa presented ICNA with a Congressional Certificate of Special Recognition. And not only did he honor the group, but he made it seem as if the entire US Congress did so as well. With the Congressional Seal atop the certificate, Correa wrote, “I join with Congress to recognize your outstanding and invaluable service to the communities of Anaheim in hosting food distributions for families in need during the COVID-19 Pandemic.”

On May 27th, Governor of Michigan Gretchen Whitmer penned a letter of praise to ICNA. It says in part, “On behalf of the state of Michigan, I would like to extend my utmost gratitude for the caring and compassionate services you have provided to people across our state and nation during the COVID-19 pandemic… ICNA Relief’s sacrifice and service reflect the compassion, generosity, and leadership of its members and have been crucial to providing valuable resources… to those in need of help. Your actions have made a positive difference in the lives of many people and have become an inspiration to myself and to countless others.”

While it is indeed commendable to provide food to the needy, for ICNA it is only seen as a method of whitewashing the group’s extremist and bigoted past and present. Congressman Correa and Governor Whitmer, who is also reportedly a consideration for Vice Presidential running mate of Democrat Joe Biden, should consider this and rescind the certificate and letter immediately. By not recognizing the terrorist and hateful relations of ICNA, the two lawmakers are legitimizing it.

Congressman Correa and Governor Whitmer, do the right thing. Rescind your awards and words honoring the terror-linked ICNA, now!

For those who wish to contact Congressman Lou Correa to demand he rescind his certificate, call (202) 225-2965 and/or (714) 559-6190. To contact Governor Gretchen Whitmer to demand she take back her letter, call (517) 373-3400. Please be respectful in any and all communications with these individuals and their offices. 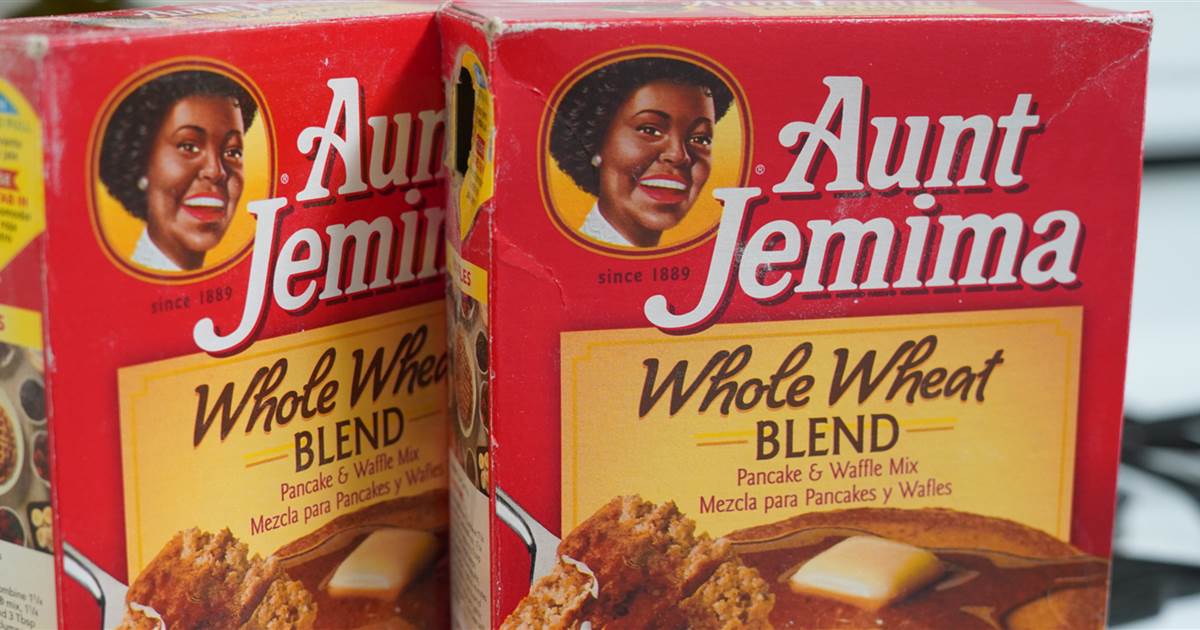 First they came for Aunt Jemima. And I did not speak out — because I don’t care.

Correction: They came for the Land O’ Lakes maiden first, then Aunt Jemima. Uncle Ben’s days must be numbered too. We have all the makings here for a terrible political cartoon set on the “Isle of Political Correctness” where discarded ex-mascots based on racial stereotypes forlornly welcome new arrivals. “You too, Ben?” says a plaintive Frito Bandito.

Trump should demand that Quaker Oats not only keep the image of Aunt Jemima on the package but restore the “mammy” kerchief that the character used to wear before it was modernized. (“Tradition!”) If he’s going to fight a culture war to protect Confederate names on U.S. military bases, he might as well fight on all fronts.

“While work has been done over the years to update the brand in a manner intended to be appropriate and respectful, we realize those changes are not enough,” said Quaker Oats’ head of marketing today in a statement, recognizing that their choices at the present moment were either to drop the mascot “voluntarily” or eventually be forced to do so under pressure. The history here isn’t great:

Aunt Jemima’s appearance has evolved over time. The brand’s origin and logo is based off the song “Old Aunt Jemima” from a minstrel show performer and reportedly sung by slaves. The company’s website said the logo started in 1890 and was based on Nancy Green, a “storyteller, cook and missionary worker.” However, the website fails to mention Green was born into slavery.

Richardson said the Aunt Jemima logo is based on a “‘mammy,’ a devoted and submissive servant who eagerly nurtured the children of her white master and mistress while neglecting her own.” A statue of a slave mammy stereotype was approved by the US Senate in 1923, but it was never built.

The company also ran racist ads for several decades, with actresses personifying the mammy stereotype. It evolved the logo over the years, and even hired singer Gladys Knight as a spokeswoman in the 1990s.

The Aunt Jemima brand will donate $5 million towards “engagement” with the black community in addition to finding a new logo. The Onion has a suggestion:

Not to be outdone, ConAgra foods announced today that Mrs. Butterworth is actually a trans woman born with male genitalia. Pronouns: She/her/hers.

No, just kidding about that. It’d be foolish to announce such a thing right now, when the country is distracted by the news about Aunt Jemima and the revelation that SpongeBob Squarepants is gay. The American imagination has only so much capacity to track the sexual and cultural identities of fictional characters day to day.

Speaking of problematic mascots, when is Quaker Oats going to do something about their general brand mascot, “Larry” the Quaker? He’s extremely caucasio-normative. But he also looks trans so maybe he’s safe.

Quaker Oats announced that the image of Aunt Jemima will be removed from all packaging and the brand’s name will be changed. @SheinelleJones reports on the move that comes amid rapid cultural change in the country. pic.twitter.com/76a3hC64rM