THE  Wahhabi Saudi connection….how many times, how many ways, does it need to be stated and proven: Barack HUSSEIN Obama – the Islamist-in-Chief – is a mortal enemy to the United States of America!

REGARDLESS of anything else, the amount of damage accrued under his (mis)reign is incalculable. The open question becomes: will he be removed before he places the final nail in its coffin – or not?

ISN’T it inordinately curious, some might suggest, alarming, for a POTUS to insert himself into what should have been a basic criminal case, no more, no less? Dear readers, patience…we will get to Ziyad Abid, a Saudi aeronautical “student”.

BEFOREHAND, where have we seen said disquieting “strangeness” before, especially when it comes to the Islamist-in-Chief’s twin obsessions: race-baiting and Islamist-leaning interference, resulting in grave injustices against the rule of law? Countless times.

OH yeah, in regard to his preferential treatment re “Black America”, do recall: the “po-lice acted stupidly”, all for daring to question his Black buddy, the Harvard prof, in Cambridge, MA. Perplexing.

Fanning the flames to racial violence takes many forms. While some of its signals are overt, others are much more circumspect. Regardless, those who are prone to said violence surely understand when a bro’ has their backs. It’s an“entitlement” thing.

END_OF_DOCUMENT_TOKEN_TO_BE_REPLACED

Just when we thought we’d put this one to bed, like all totalitarian ideologies and peoples, the Muslims simply invaded through another room in our home!

How extensive is voter-fraud, especially among non-citizens? Just bring up the question, or suggest we need to have voter-ID at the polls like every other advanced democracy, and the answer will be instantly supplied: You’re a racist. But as Dan McLaughlin points out over at The Federalist, Democrats seem to win a suspiciously high number of close elections, well beyond what a random statistical trial would suggest.

There’s a bombshell academic study out on this issue right now that the media is mostly ignoring (the only exception being the Washington Post’s very fine wonky MonkeyCage blog), in part because it appears in an obscure academic journal, Electoral Studies, that is behind an expensive subscription paywall, and in part because any reporter who does a story about it will be called a racist. Since I’m an academic these days, I’ve got access to the article, “Do Non-Citizens Vote in U.S. Elections?”, by Jesse T. Richman and Gulshan A. Chattha of Old Dominion University and David C. Earnest of George Mason University.

The conclusion of the abstract alone ought to set off alarm bells:

END_OF_DOCUMENT_TOKEN_TO_BE_REPLACED

Anyone want to float a theory as to why? We all understand that they don’t much care about the suit and talked it up only for the benefit of suckers like you and me, who are outraged at Obama’s continued power grabs. Boehner needed a way to placate his base, if only to channel the anger so that it doesn’t veer towards impeachment demands. He doesn’t want to go down that road, especially with Republicans now set to control both chambers of Congress. 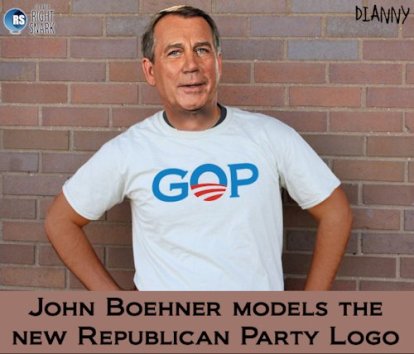 So the lawsuit was a political move, “boob bait” to get us excited before the election. But none of that explains why they’ve held off on filing it. What do they have to lose by following through?

END_OF_DOCUMENT_TOKEN_TO_BE_REPLACED

The desire to kill political speech on the internet is nothing new, when it comes to the liberal left progressive Democrats.  Their goal is not to win in the arena of ideas, but to eliminate any voice that dares to speak out against them in the arena of ideas.  In the battle to silence dissent online, an attack is being launched by the FEC (Federal Elections Commission).

Regardless of Congress, regardless of the First Amendment which tells the Federal Government to keep its hands off of the freedom of speech, freedom of the press, and the freedom of association, and regardless of State election laws and authorities, the agency under Barack Obama is targeting the way campaigns are presented online – whether you like it, or not.

END_OF_DOCUMENT_TOKEN_TO_BE_REPLACED

LUBBOCK, Texas — At least 13 men from Africa with terrorist-related records illegally entered Canada from the U.S. since 2010, according to a leaked Department of Homeland Security (DHS) Intelligence Information Report exclusively obtained by Breitbart Texas. The data pertains only to one small region of the vast U.S.-Canadian border. The report reveals that as of September 9, 2014, there have been 155 encounters in the area “involving 344 ethnic Somalis, 21 ethnic Ethiopians, five ethnic Kenyans, two ethnic Djiboutians, two ethnic Nigerians, and one ethnic Sudanese and Congolese subjects who have attempted or succeeded in entering Canada illegally near the Pembina, ND Port of Entry (POE) since June 2010. These encounters INCLUDE 13 SUBJECTS WITH TERRORIST-RELATED RECORDS [Emphasis Added] who have utilized this method of circumventing designated POEs.”

Our Commander-in-Chief letting off steam from non-stop campaigning. How many rounds is it now? Round #202. Terrorism and Ebola, be damned.

President Obama capped off another week filled with Ebola concerns by hitting the links during a sunny afternoon in Washington, just 10 days before the midterm elections.

The pool report said Obama left the White House for Virginia’s Fort Belvoir golf course shortly after noon on Saturday, where he spent several hours with aides, according to reporters.

In March 2007, at a closed military hearing in Guantánamo Bay, Cuba, Khalid Sheikh Mohammed stated that he had personally beheaded Pearl. Qari Hashim Ali was an accomplice.

Qari Hashim Ali had been detained since 2005. He was was captured from a bus at a terminal in the eastern Pakistan city of Gujranwala.
The Daily Mail reported:

One of the men suspected of beheading American journalist Daniel Pearl more than a decade ago has been released from a Pakistani jail.

Qari Hashim Ali, who had been detained since August 2005, walked free from the Hyderabad central jail on Friday after an anti-terrorist court said there was not enough evidence to hold him.

‘It is a great victory for truth and my client,’ defense counsel, Sher Muhammad Leghari said, the Indian Express reported. ‘We had filed an acquittal plea… arguing that there was no evidence.’

Pearl, the South Asia bureau chief at the Wall Street Journal, vanished in Karachi in January 2002. A month later authorities received video footage of him being beheaded.

His decapitated body was found in a shallow grave in May 2002.

Hashim had been apprehended for arranging a meeting between Pearl and another of the men accused in the killing.

The mastermind behind the killing, British-born Pakistani Ahmed Omar Saeed Sheikh, was sentenced to death in 2002 and remains in the Hyderabad Central jail in Sindh province.

Deputies who might be alive today, if we actually had an administration who cared about borders and the law…

Marcelo Marquez, the man accused to killing two sheriff’s deputies in California was in the country illegally and had been deported twice to Mexico — once in 1997, and again in 2001.

And Marcelo Marquez is not even his real name, it’s actually Luis Enrique Monroy-Bracamonte, according to U.S. Immigration and Customs Enforcement. ICE filed paperwork Saturday to ensure he is turned over to immigration officials if he is ever released, though that is unlikely.

“Monroy-Bracamonte was first deported to Mexico in 1997 following his arrest and conviction in Arizona for possession of narcotics for sale; he was arrested and returned to Mexico a second time in 2001,” the Sacramento Bee reports.

The couple is held without bail and expected to make their first court appearance Tuesday.