The Christian Science Monitor published a Staff Writer Linda Feldmann article titled “Obama looks to bypass Congress with help for homeowners, students” on October 24, 2011.  The article details the beginnings of a new pseudo dictator-like approach to getting action on bills that the United States Congress refuses, for the public good, not to act into law.  In other words, Obama is violating our laws by finding ways to bypass the United States Constitution the supreme law of our land.

Violating our Constitution in not new to this charlatan, who through slick con-man talk, convinces people that he is more knowledgeable about government affairs than he really is.  He also convinced 70 million voters that he was qualified under constitutional law to be eligible to run for the office of the President of the United States.  And to this day, three years later he has kept every official document that could prove his actual status as legitimate or a usurper in secret hiding places refusing to let even judges to view those documents.

END_OF_DOCUMENT_TOKEN_TO_BE_REPLACED 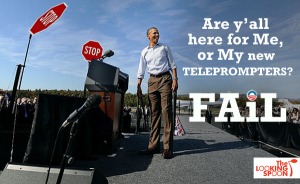 The merciless persecution of Christians in Islamic lands continues.

(AINA) — In mid-October Egyptian media published news of an altercation between Muslim and Christian students over a classroom seat at a school in Mallawi, Minya province. The altercation lead to the murder of a Christian student. The media portrayed the incident as non-sectarian. However, Copts Without Borders, a Coptic news website, refuted this version and was first to report that the Christian student was murdered because he was wearing a crucifix.

“We wanted to believe the official version,” said activist Mark Ebeid, “because the Coptic version was a catastrophe, as it would take persecution of Christians also to schools.” He blamed the church in Mallawi for keeping quiet about the incident.

Today the parents of the 17-year-old Christian student Ayman Nabil Labib, broke their silence, confirming that their son was murdered on October 16, in “cold blood because he refused to take off his crucifix as ordered by his Muslim teacher.” Nabil Labib, the father, said in a taped video interview with Copts United NGO, that his son had a cross tattooed on his wrist as per Coptic tradition, as well as another cross which he wore under his clothes.

Both parents confirmed that Ayman’s classmates, who were present during the assault and whom they met at the hospital and during the funeral, said that while Ayman was in the classroom he was told to cover up his tattooed wrist cross. He refused and defiantly got out the second cross which he wore under his shirt. “The teacher nearly chocked by son and some Muslim students joined in the beating,” said his mother.

According to the media……………….. you’ve heard these words before, but according to the media, Mitt Romney is the guy to beat Obama. Why, because they say so? This is the same media that said we were all racist if we didn’t agree with Obama. That OWS was just like the Tea Party. That Obama was god-like and would unite this country. The same media that says Obama is a Natural Born Citizen well Obama is not a natural born citizen because his father was a Kenyan national and a British subject, as was Obama,
“at birth.”

The same media that use the term “birthers or tea-baggers” when they refere to Patriots that respect and honor the U.S Constitution but call OWS people that walk all over the American Flag, use the F-word to describe our military, and assault people, real Americans.

Is Mitt my first choice? No. At this point in time, it’s still an open field although it is narrowing. As for the media, well everyone has an opinion and you know what they say about opinions.

A Texas gun trainer released an ad this week for his handgun training class.  He bans liberals from the class saying:

“If you are a socialist liberal and/or voted for the current campaigner in chief, please do not take this class. You have already proven that you cannot make a knowledgeable and prudent decision under the law.”

A radio ad for a handgun training class that bars Muslims and Obama voters has sparked an investigation in Texas.

“We will attempt to teach you all the necessary information you need to obtain your [Concealed Handgun License],” the ad says. Then towards the end, it adds: “If you are a socialist liberal and/or voted for the current campaigner in chief, please do not take this class. You have already proven that you cannot make a knowledgeable and prudent decision under the law.”

And then: “If you are a non-Christian Arab or Muslim, I will not teach you the class with no shame; I am Crockett Keller, thank you, and God bless America.”

The ad ran for six days on KHLB, Mason’s local station. It’s also been heard tens of thousands of times on Youtube.

Someday when we the people look back into the chain of events that led to the Fundamental Transformation of America, the biggest question will surely be:“Why did no one in the 535 elected officials step forward to fight it?

In the zany world of politics, there’s a ‘committee’ for just about anything, including the hideous so-called “bi-partisan” Super Committee.

Yet no one has struck the committee called ‘How to Stop the Fundamental Transformation of America’.

Why is congress allowing Obama to proceed with a transformation of America that is forcing—against the will of its people—a noble, 235-year-old Republic into a Socialist State?

END_OF_DOCUMENT_TOKEN_TO_BE_REPLACED

A rocket fired by Palestinians from Gaza Wednesday night landed between Ashdod and Gedera, in the first such attack after a two-month period of quiet. Sirens sounded in Ashdod and nearby communities and residents were told to enter protected rooms and shelters. There were no injuries.

Since the terrorist attack on the Egyptian border near Eilat that killed eight on August 18, the Gaza border has been relatively calm with only a few rocket launches, most directed at small communities near the Gaza Strip. Last night’s rocket, fired around 11:10 p.m., landed in a field. It seems to have been fired from the northern end of the Gaza Strip, from a distance of about 30-35 kilometers . The explosion was heard clearly all over Ashdod, which means it had a relatively large warhead.

END_OF_DOCUMENT_TOKEN_TO_BE_REPLACED

The Washington, D.C. Office of Human Rights confirmed that it is investigating allegations that Catholic University violated the human rights of Muslim students by not allowing them to form a Muslim student group and by not providing them rooms without Christian symbols for their daily prayers.

The investigation alleges that Muslim students “must perform their prayers surrounded by symbols of Catholicism – e.g., a wooden crucifix, paintings of Jesus, pictures of priests and theologians which many Muslim students find inappropriate.”