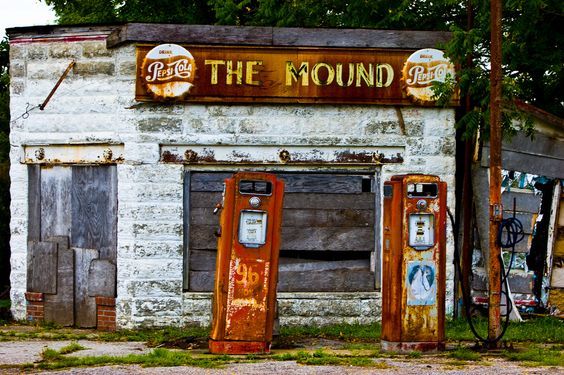 I wish to remind everyone, that before his election, Barack Obama said: “We’ve got to have a civilian national security force that’s just as powerful, just as strong, just as well-funded [as the military].”

And five days before his election, he added, “We are five days away from fundamentally transforming the United States of America.”

Recall, too, that under Obama, the Federal government weaponized many federal agencies, including the IRS, VA, and yes, the EPA.

Not to mention the infamous rumors of the purchase of 1.6 billion rounds of ammunition by the Department of Homeland Security.

We need to make sure that these agencies are returned to peaceful status.

Can someone suggest to President Trump, that all the surplus equipment and ammunition (including hollow point rounds, which I believe are not used by the military) be auctioned off — or better yet, donated as a gesture of goodwill to Tea Party and Militiamen groups, as a sort of token apology for the Obama administration calling them “terrorists” ?

In the meantime, there are scads of leftists who have been calling for the death of certain high-ranking people who just won the election; coupled with riots, and with beatings of people who voted “the wrong way” all over the country. Why doesn’t that count as terrorism?

Incidentally, these riots are being funded by George Soros — who, by the way, was himself a Nazi collaborator.

It’s time to make government accountable again. And that starts with disarming agencies which have no legitimate need of stockpiles of weaponry.

The Environmental Protection Agency Thursday unveiled its new online tool to help local officials deal with climate change, and it warns that no state in the nation is safe from disaster.

The “Climate Change Adaptation Resource Center,” or “ARC-X,” provides a map that break the country into eight regions and every single one comes with a threatening warning and long list of threats to human life.

“From floods and droughts to dangerous heat islands and other public health effects, communities are facing the very real impacts of climate change,” said EPA Administrator Gina McCarthy in unveiling the portal.

While the site isn’t a one-size-fits-all for local officials, it is a blanket warning from the federal government that the United States is on the verge of disaster, even including “human migration” from hot spots.

Here are the warning to each region:

END_OF_DOCUMENT_TOKEN_TO_BE_REPLACED

Details surrounding the State Department’s expected approval of a controversial oil pipeline are being kept secret in an apparent effort to conceal impropriety created by the tight knit relationship between Hillary Clinton and the lobbyist pushing the multi billion-dollar project.The Secretary of State must approve the permit for the Canada-to-Texas pipeline, known as Keystone XL, which will span nearly 2,000 miles and transport around 1 million barrels of heavy crude oil daily across six states. Predicting opposition from environmental groups, the Canadian company behind the mega project hired one of Clinton’s national campaign directors (Paul Elliott) as its chief lobbyist.The tactic has been quite effective because Clinton indicated that she would approve Keystone XL long before the completion of a federally required environmental impact statement. Incredibly, her support hasn’t wavered in the aftermath of a preliminary Environmental Protection Agency (EPA) report that gives the pipeline project the lowest possible ranking.A coalition of environmental groups has joined forces to obtain details on the influence that the Clinton-Elliott relationship has had in the matter. Using federal public records laws the groups requested all correspondence between the politically-connected lobbyist and State Department officials considering the pipeline permit, including Clinton.In an apparent stall tactic, the agency denied the request claiming that it was “invalid” because it didn’t specify a time frame. The groups appealed and the State Department agreed to open a new request, noting that “unusual circumstances” may arise that could require “additional time to process” the new request. If the Obama Administration, which has promised unprecedented transparency, ever makes the information public, it probably won’t do so until the pipeline is half built.Last week the groups filed a lawsuit against Clinton and the State Department to obtain the records that could prove impropriety. In their complaint the nonprofits assert that the information they are seeking directly relates to whether the relationship between Elliott and Secretary Clinton might inappropriately influence the State Department’s decision to grant or deny the pipeline permit.The groups claim the transcontinental pipeline poses “massive environmental risks” and significant public health dangers that are being concealed from the public. One of the attorneys for the environmental coalition rightfully points out that refusing to provide records on the approval process “raises important questions of transparency and fairness.” Keep in mind that these are liberals who undoubtedly support this administration.

The current administration and the future Democrat administrations have promised to seize complete control of the energy industry to destroy fossil fuels. The Democrats have the EPA writing legislation to make it happen.

Barack Obama promised coal companies that if they wanted to build a coal-fired plant, they could but he’d bankrupt them.

He has his Democrat States Attorneys General investigating Peabody for not believing in his extreme climate change mantra. They plan to prosecute Exxon Mobil and a Libertarian think tank, American Enterprise Institute, for not abiding by their dictum. They say they will prosecute to the fullest extent of the law. These companies are not only banned from having free speech, they are being compelled to speak as the government requires. Read the story at The Washington Post.

Robert Murray, CEO and owner of Murray Energy Corporation, said it was a war on fossil fuels which it is of course.

END_OF_DOCUMENT_TOKEN_TO_BE_REPLACED

According to President Obama, the greatest threat we face is climate change. So his administration has gone to war on, wait for it, NASCAR.

That’s right. The Environmental Protection Agency under the direction of its regulate-everything-in-sight administrator, Gina McCarthy, has reportedly decided that – in the interest of cutting gases that supposedly contribute to planetary warming – the conversion of street cars into race cars will have to be restricted.

It’s not clear whether making it harder to upgrade regular cars into racing machines will make an iota of difference in world surface temperatures. Even the UN acknowledges that far more dramatic regulations won’t have appreciable impact. What is a pretty safe bet, though, is that the EPA’s ruling will inflame the nation’s millions of NASCAR fans – and give them a reason to vote this fall.

The government won’t be happy until everyone is as miserable as they are.

The Democrat Party is now the Democratic Socialist Party and Obama is the leader who helped make it all happen. His tight grip on every agency of unelected bureaucrats has given him and his minions dictatorial power. They will only get more and more controlling. The latest example is the EPA hammer coming down on race cars. That’s right race cars! Even though it will have no effect on the climate.

Watts Up With That reported that converting street cars into race cars is in their crosshairs.

The leftists won’t be happy until they ban everything that is enjoyable, especially if it’s something normal Americans enjoy.

The ban comes under the “Greenhouse Gas Emissions and Fuel Efficiency Standards for Medium- and Heavy-Duty Engines and Vehicles—Phase 2.” It will affect sports cars, sedans and hatch-backs commonly converted strictly for use at the track.

It’s being done under the supposed auspices of the Clean Air Act though congress never intended this when the Act was passed. The EPA is abusing laws to deprive Americans of their freedoms.

As WattsUpWithThat reported,” this is truly insane, the amount of emissions produced by race cars on any given day is miniscule in comparison to the total amount of cars and emissions in the USA every day. They are making a ham-handed attempt at solving a non-existent problem.”