Today’s proceedings generally were about the Natural Born Citizen clause of the Constitution, and more specifically about Obama’s eligibility to be on Georgia’s 2012 Presidential Election state ballot. Three separate challenges were made to said eligibility, including one by “birther” rock star Orly Taitz. It is safe to say that history was made today. 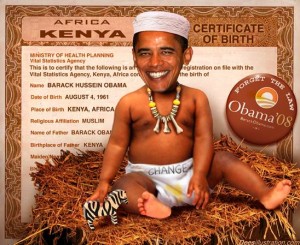 Big shocker: Obama did not even show up today. Guess he was too busy campaigning in Nevada and Colorado for his re-election bid. Heck, he didn’t even bother to send his attorney Mr. Michael Jablonski to deliver the necessary documents to the courthouse. But apparently, a lot of concerned Americans did show up, as the Atlanta courthouse was crowded.

END_OF_DOCUMENT_TOKEN_TO_BE_REPLACED

Classified U.S. government information was found in the cells of high-value detainees at the Guantanamo Bay military prison that houses the world’s most dangerous terrorists, according to the Department of Justice (DOJ).