In 2007, Senator Barack Obama made remarks about the War Powers Act and the war in Iraq. He blamed Congress for giving the president the power to wage war that he later abused.

“The American people weren’t just failed by a president, they were failed by much of Washington. By a media that too often reported spin instead of facts… And, most of all by Congress, a co-equal branch of government, that voted to give the president the power to wage war that he uses to this day. Without that vote, there would be no war.”

But that was back in 2007.
Today Barack Obama told Congressional leaders he does not need their vote to wage war.
The Hill reported:

President Obama told congressional leaders at a White House meeting on Tuesday he doesn’t need their authorization to expand his military campaign against Islamic terrorists.

…While Obama told the House and Senate leaders he would welcome congressional action that demonstrates a unified front, the president told the bipartisan group “he has the authority he needs to take action against (ISIS) in accordance with the mission he will lay out in his address,” according to the White House.

Lawmakers on both sides of the aisle have called on Obama to better clarify his strategy this week, and the White House has said the president will offer a frank “assessment of this critical national security priority.”

White House press secretary Josh Earnest cautioned that the address would not provide a timeline for the military campaign, nor was Obama expected to outline costs for the operation.

There are far more reasons to fire President Barack Hussein Obama than can be addressed in a single column. Here are just a few reasons that should be considered.

President Obama believes that the U.S. Constitution is flawed, and despite his oath to protect and defend it, he has consistently ignored it. Almost immediately after taking office, he assumed power not granted to him by the Constitution. He took control over the auto industry. He picked GM’s board of directors. He cancelled debt owed to bond holders and gave that money to labor unions instead. He, through his people, decided which dealerships would close and which would remain open. Most of those that were closed, not surprisingly, were owned by Republican supporters.

END_OF_DOCUMENT_TOKEN_TO_BE_REPLACED

This week several members of Congress challenged  Obama on the legality of the Libya war, given that actions have exceeded the( 90) 60 day period during  which The White House doesn’t need Congressional authority for military action  under the War Powers Act, after which troops have 30 days to get out.

The White House response: We don’t need Congressional approval because this  is not technically a hostile action (because we don’t have ground troops in  Libya).

END_OF_DOCUMENT_TOKEN_TO_BE_REPLACED

So predictable that even a dummy like me saw it coming.

The two senior administration lawyers contended that American forces have not been in “hostilities” at least since April 7, when NATO took over leadership in maintaining a no-flight zone in Libya, and the United States took up what is mainly a supporting role — providing surveillance and refueling for allied warplanes — although unmanned drones operated by the United States periodically fire missiles as well.

END_OF_DOCUMENT_TOKEN_TO_BE_REPLACED

Republican US House Speaker John Boehner, and US Senate Foreign Relations Committee ranking minority member Richard Lugar, are both obsessed with bringing President Obama to account under the War Powers Act for his intervention in Libya.

Libya is typical of Obama’s foreign policy: timid, tardy, aloof, and counterproductive.  Accordingly, the outcome from Obama’s Libyan humanitarian adventure has been predictable, needlessly adding over  $1 billion to the US federal deficit while emboldening a stalemate benefitting Gaddafi, who continues to inflict civilian casualties with impunity.

Whatever Obama’s disposition of the War Powers Act concerning Libya, it is still trivial stuff compared with Obama’s undeclared War on America.  Boehner and Lugar need to stand down from the snipe hunt over Libya and pay attention to Obama’s destruction here at home.

END_OF_DOCUMENT_TOKEN_TO_BE_REPLACED

The United States is in a Constitutional and political crisis without precedent.

What can ordinary Americans do when a large number of politicians are corrupt and an even larger portion of the national political leadership is complicit in a cover-up of that corruption?

Do we petition those leaders to investigate and punish themselves?

END_OF_DOCUMENT_TOKEN_TO_BE_REPLACED 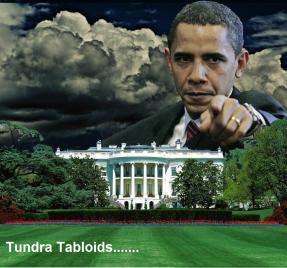 Hillary Clinton has declared that Barack Obama is now above the Constitution of the United States. The person who as candidate for President said:

“The President has the solemn duty to defend our Nation. If the country is under truly imminent threat of attack, of course the President must take appropriate action to defend us. At the same time, the Constitution requires Congress to authorize war. I do not believe that the President can take military action — including any kind of strategic bombing — against Iran without congressional authorization. That is why I have supported legislation to bar President Bush from doing so and that is also why I think it is irresponsible to suggest, as some have recently, that anything Congress already has enacted provides that authority.”

After Wednesday’s briefing, legislators said Clinton told them the administration acted within the requirements of the War Powers Act and needed no congressional authorization for further decisions on the mission.

Got that? He don’ need no stinkin’ Congress