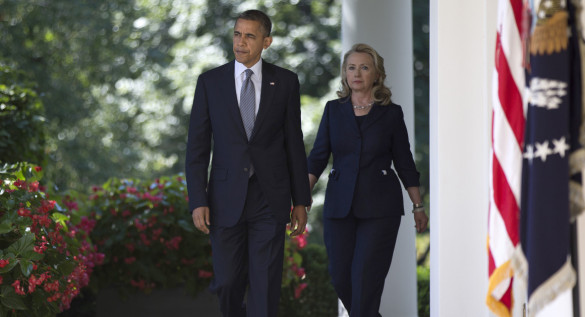 The Federalist
By Sean Davis

Former president Barack Obama’s official campaign organization has directed nearly a million dollars to the same law firm that funneled money to Fusion GPS, the firm behind the infamous Steele dossier. Since April of 2016, Obama For America (OFA) has paid over $972,000 to Perkins Coie, records filed with the Federal Election Commission (FEC) show.

The Washington Post reported last week that Perkins Coie, an international law firm, was directed by both the Democratic National Committee (DNC) and Hillary Clinton’s campaign to retain Fusion GPS in April of 2016 to dig up dirt on then-candidate Donald Trump. Fusion GPS then hired Christopher Steele, a former British spy, to compile a dossier of allegations that Trump and his campaign actively colluded with the Russian government during the 2016 election. Though many of the claims in the dossier have been directly refuted, none of the dossier’s allegations of collusion have been independently verified. Lawyers for Steele admitted in court filings last April that his work was not verified and was never meant to be made public.

END_OF_DOCUMENT_TOKEN_TO_BE_REPLACED

​Last Thursday, March 8, Imran Awan was supposed to appear in federal court on bank fraud charges. The decision to push the case to May 4 left many wondering what, exactly, is going on with the Democrats’ favorite IT man. Quite a bit, as it turns out, and not just bank fraud.

As Frank Miniter noted in Forbes, Imran Awan was born in Pakistan and got a green card through the immigration lottery system, similar to Sayfullo Saipov, the Uzbeki terrorist who killed eight people in New York in October. Awan became a U.S. citizen in 2004 and earned an IT degree from Johns Hopkins. He did not work for any of the six officially vetted IT firms that perform work for congressional offices.

Even so, DNC boss Debbie Wasserman Schultz not only brought Awan aboard but hired his wife Hina Alvi and other family members, though none had degrees in information technology. Of all the IT people in all the companies in all the world, this was the squad the Democrats wanted.

The unvetted Awan enjoyed access to the computers of 45 members of Congress, including members the House Intelligence and Foreign Affairs committees, but as Andrew McCarthy noted, Awan could not possibly have qualified for a security clearance.  Luke Rosiak of the Daily Caller found evidence that Imran Awan “was doing his job remotely from Pakistan.”

END_OF_DOCUMENT_TOKEN_TO_BE_REPLACED The House Intelligence Committee has ended the Russian collusion probe and concludes that there is no evidence that there was any collusion.

Republicans who control the House Intelligence Committee ended an investigation into the 2016 presidential election over intense objections from Democrats, saying they found no evidence of collusion between President Donald Trump’s campaign and Russian operatives.

The committee’s GOP leaders announced their decision on Monday, adding that they plan to release a report soon on their findings. The probe — originally intended to be bipartisan — is ending even though an inquiry by Special Counsel Robert Mueller remains underway and at least four people connected to the president’s campaign are facing criminal charges.

A draft summary of what the Republicans say will ultimately be a final report agrees with assessments by U.S. intelligence agencies that Russia conducted cyberattacks on American political institutions and sought to sow discord through social media, but not with their conclusion that the campaign was carried out to help Trump.

“After more than a year, the committee has finished its Russia investigation and will now work on completing our report,” the chairman, Devin Nunes of California, said in a statement. “Once the committee’s final report is issued, we hope our findings and recommendations will be useful for improving security and integrity for the 2018 midterm elections.”

END_OF_DOCUMENT_TOKEN_TO_BE_REPLACED

Could you pass this test?

The amount of guilt I feel over being born white can not be calculated.

Nope I was born to white parents who had two kids and we lived in the same home until I and then my sister moved away to go to college.

The owner, an obvious racist gets away with not being sued by making it optional.

I’m proud of my white heritage and it’s time for those born black to become just as proud  of theirs.

A restaurant in New Orleans is hoping to raise awareness of racial wealth differences in the country by charging white customers more.

SAARTJ is a pop-up restaurant in the Louisiana city run by local Nigerian chef Tunde Wey who will be charging white customers $18 (£13) extra for their meal.

Much like the cafe in Melbourne, Australia which charged… 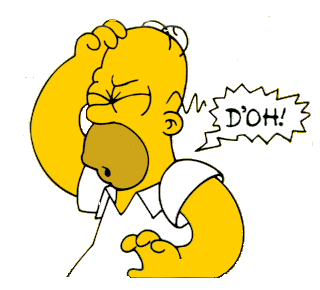 WASHINGTON (AP) — Republicans on the House intelligence committee have completed a draft report concluding there was no collusion or coordination between Donald Trump’s presidential campaign and Russia.

The finding is sure to please the White House and enrage panel Democrats who have not yet seen the document.

Former Director of National Intelligence James Clapper allegedly leaked information to CNN in early last year regarding the classified briefing given to then President-Elect Donald Trump and President Barrack Obama on the salacious dossier and its contents claiming the Russians had compromising information on the president-elect, according to government sources, who noted the evidence of the leak was collected during the House Intelligence Committee’s Russia investigation.

Clapper, who was one of four senior Obama administration officials to attend the briefing with the presidents, also stated his “profound dismay at the leaks” in an official statement issued in January, 2017 and warned that the leaks were “extremely corrosive and damaging” to national security, according to the press release.

But according to government sources Clapper had spoken to CNN at roughly the same time Jake Tapper broke the first story regarding the briefings conducted by senior intelligence officials with Trump and Obama on the dossier. Tapper’s story, which published in January 2017, created a snowball effect of allegations in the media that Trump’s campaign had allegedly colluded with the Russians in the 2016 election and that Russia had compromising material on Trump, sources with knowledge of the investigation concluded.

It was when CNN published the first report that Trump and Obama had been briefed the dossier’s findings that other news agencies began to report on it. The committee found evidence that Clapper, who is now a contributor at CNN, contacted CNN shortly before the story was published by Tapper, Evan Perez, and Jim Sciutto. The story detailed the briefings given to Trump by the senior officials on the contents of the dossier and “gave the dossier legs and news agencies began to publish its contents because it had now become official news,” one congressional source told this reporter. Shortly after CNN published the report, Buzzfeed made the decision to post the entire 35-page dossier and referenced the CNN report in its decision to publish it, according to the website.

On Jan. 11, Clapper issued a press release stating that the leaks in the media regarding the briefing on the dossier were “extremely corrosive and damaging to national security.”

“I expressed my profound dismay at the leaks that have been appearing in the press, and we both agreed that they are extremely corrosive and damaging to our national security,” he stated. “We also discussed the private security company document, which was widely circulated in recent months among the media, members of Congress and Congressional staff even before the IC became aware of it. I emphasized that this document is not a U.S. Intelligence Community product and that I do not believe the leaks came from within the IC.”

“The IC has not made any judgment that the information in this document is reliable, and we did not rely upon it in any way for our conclusions,” Clapper stated. “However, part of our obligation is to ensure that policymakers are provided with the fullest possible picture of any matters that might affect national security.”