(NaturalNews) In a little over two weeks, we’re going to find out whether we have a country anymore. If Hillary Clinton seizes the White House, she will preside over an illegitimate, illegal dictatorship that was seized through massive fraud, collusion and corruption at every level.

Without all the fraud, collusion and corruption, Hillary Clinton would have been indicted for criminal violations of national security. She would be down 20 points in the polls, and the media wouldn’t be covering up all her crimes and failures. Without the collusion, Hillary Clinton wouldn’t have known all the TV debate questions ahead of time. The voter “panels” wouldn’t have been coached by Clinton operatives to regurgitate rehearsed comments, and the official media polls wouldn’t have been rigged to construct the appearance of widespread Clinton support.

Every element of this election is so rigged, so illegal and so fraudulent that if Hillary Clinton “wins” this vote, the Presidency of the United States will be null and void.

As Wikileaks accurately states in this tweet, “There is no US election. There is power consolidation. Rigged primary, rigged media and rigged ‘pied piper’ candidate drive consolidation.”

“Sadly, it is difficult to disagree with the assessment,” adds Zero Hedge. “That an establishment democratic candidate could endure an extended FBI investigation, in which multiple federal laws were clearly and intentionally broken, and clear evidence of corruption and collusion between the FBI and State Department is mind boggling. Throw in evidence from WikiLeaks clearly linking the DNC to criminal efforts to incite violence at rallies, numerous examples of pay-to-play activities at the Clinton Foundation, blatant media collusion, etc, etc, and it actually becomes quite frightening.”

Patriots For Trump
by 1dragon

Exclusive to Accuracy in Media

The Federal Communications Commission (FCC) on September 29th did something worse than give up control of the Internet. They voted unanimously to put America’s entire broadcast industry on the fast track to a foreign takeover by Chinese, Russian or Muslim Brotherhood front corporations.

This new FCC rule gives foreign interests the long sought-after tools they need to shape U.S. public opinion and to censor the opposition.

Once a foreign corporation scoops up a media business, such as a chain of radio stations, it can eliminate national and local programming and substitute its own government’s propaganda. That means that conservative talkers could find themselves off the air.

Citing the need for “change” from the old “vintage” laws, Commissioner Jessica Rosenworcel declared that “laws that govern broadcast investment can get in the way.”

So, rather than respect the law and Congress, the FCC decided in a 5 to 0 vote to decree a new “rule” that effectively guts a law that protected Americans from foreign interests and their propaganda. The new rule assumes that any foreign owner of a TV or radio broadcaster will be acceptable unless someone can prove otherwise.

END_OF_DOCUMENT_TOKEN_TO_BE_REPLACED

Worried about the poll numbers? Why?

Need I remind you that most of these numbers come from the same sources that tell you the economy is doing fine, unemployment is at its lowest in years, and if you like your doctor you can keep your doctor. This is the same BS they pulled when Regan was running against Carter. It’s all lies.

Look at the crowd Trump draws in…….

and then there is Hillary……… 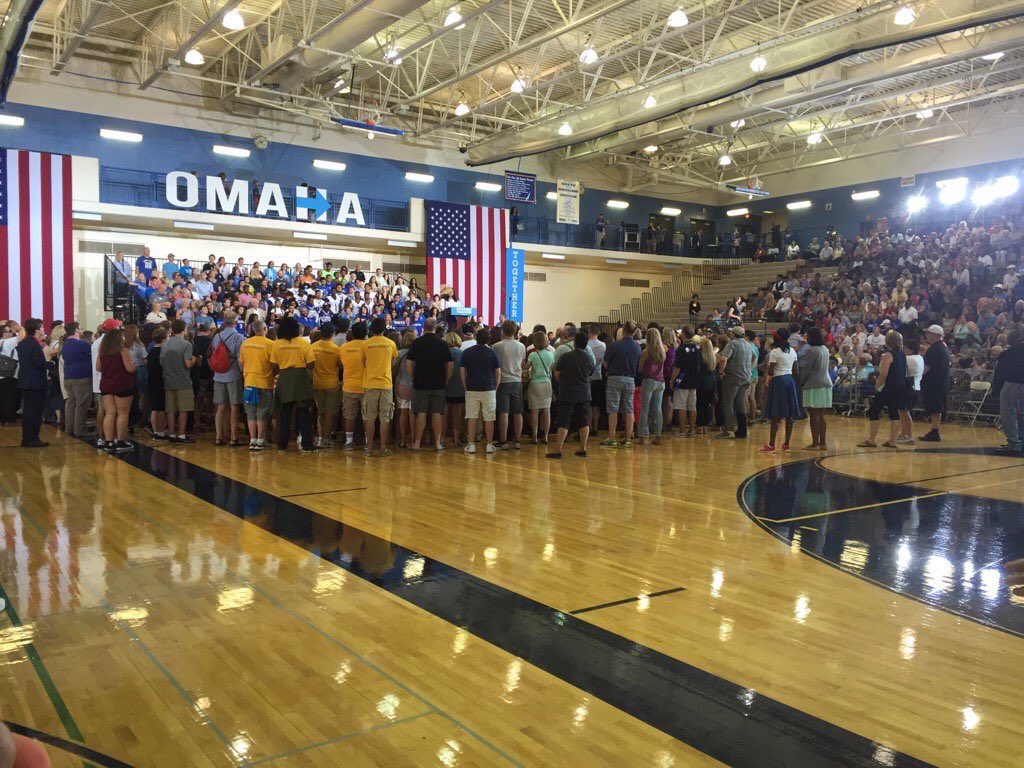 Remember, it’s We the People and not the media who are suppose to vote these guys in office.