by 1dragon
via Allen West

In a May 3, 2016 file photo, Dr. Abdul El-Sayed, Director of the Detroit Health Department, gives his remarks during the Mayor’s Summit on Health Equity in Detroit. (Clarence Tabb Jr./Detroit News via AP)
PJ Media
By Bruce Bawer

On August 24, the Guardian ran an unusually long profile of one Abdul El-Sayed, a 32-year-old Muslim doctor and son of Egyptian immigrants who is already campaigning heavily for governor of Michigan, even though the election won’t take place until November of next year. The headline on Drew Philp’s article dubbed El-Sayed “the new Obama.”

It was the ultimate puff piece, shameless in its utter lack of objectivity and balance, and it began, as such pieces invariably do, with an anecdote calculated to win sympathy for the subject. When he was seven years old, writes Philp, El-Sayed “sat in the eye of Hurricane Andrew,” drinking juice “while swaddled under mattresses between his father and stepmother, who was holding El-Sayed’s newborn baby brother just home from the hospital.”

What does this story have to do with anything? For Philp, it is a metaphor: “At the moment,” he suggests, “American politics feels a bit like being in the eye a hurricane.” Donald Trump is ready to attack North Korea; neo-Nazis paraded in Charlottesville. “No one man can stop the hurricane,” admits Philp. “But in Michigan, a grown-up El-Sayed is now having a go, trying to keep the storm at bay.” El-Sayed, you see, seeks “not just to win, but also to change American politics itself” by becoming “the first Muslim governor in US history.”

Philp goes on to depict El-Sayed as a progressive hero who is struggling against an army of Yahoos. He follows El-Sayed to Adrian, Mich. (“Trump country, white and Christian,” and “the kind of place with lots and lots of American flags”), where the candidate is introduced to an audience by a transgender man (“a brave choice for a region still coming to terms with gay rights, let alone trans rights”). El-Sayed shares “his personal story” with the audience, then goes into some “soaring rhetoric” about “hope and commonality.”

When he takes questions, one “clearly agitated man” asks him about sharia law. El-Sayed replies by saying that he supports separation of church and state and that he wouldn’t take away anyone else’s right to pray and wouldn’t want that right to be taken from him either. (He has made it clear that he prays several times a day.) For this, the audience gives him “an enormous round of applause” – even though El-Sayed’s answer is a total dodge.

This column can be deemed Trigger Warning-worthy because it t mocks trigger warning addicts and others dependent on post-adolescence pacifiers.

Short of declaring reality off-limits, the number of things being declared persona non grata by college students seems to be multiplying.

However, is it my imagination or are today’s college students establishing a kind of secular Sharia, sans a mystical deity, without possessing an inkling of knowledge of Islamic law? It could go under another name most college students would be horrified by but unable to refute: Fascism. Historically, Fascism as a collectivist movement, relied on physical force to propagate and impose its various statist agendas, from Hitler’s racist supremacism, to the Perons’ class warfare against the upper and middle classes.

Sharia is a code of Islamic “law” that defines acceptable behavior and “codifies” do’s and don’ts for the average, gullible, brain-stunted Muslim. By its nature, and because of its purpose, it is totalitarian; it prescribes and governs virtually every action, decision, and choice of an individual.

Like Nazi ideology (and it is no coincidence that Islam is compatible with Nazism [National Socialism], and vice versa), Islam erases the individual, requiring him to live, breathe, and eat for Allah in across-the-board submission. It even prescribes his bodily functions and behavior in the bathroom.

END_OF_DOCUMENT_TOKEN_TO_BE_REPLACED

President Barack Obama laid the groundwork for the Black Lives Matter movement in his first term when he said that the Cambridge, Massachusetts police “acted stupidly” after an African-American professor was arrested in his own home. It turned out the white policeman was protecting the home from what he thought was a burglary. Although the policeman had an impeccable record and there was no evidence of racial bias, Obama found him guilty of racism and “stupidity.”

Obama was trained by his mentor, Communist Frank Marshall Davis, to consider white people guilty of racism. Davis told a young Barack that black people had “reason to hate.”

On virtually every occasion involving a police confrontation with black people—except in Dallas when five police officers were shot and killed by a racist black—Obama has sided with the rioters and the mob against law enforcement.

Black Dallas Police Chief David Brown revealed on July 8, 2016 that the sniper who killed five officers and injured another seven “said he was upset about Black Lives Matter,” during the negotiations with police. He meant that the Black Lives Matter protest, which was being protected by police, had inspired him to take action.

END_OF_DOCUMENT_TOKEN_TO_BE_REPLACED

We have witnessed recent radical Islamic terror attacks and thanks to the lack of any real opposition, the left has been able to make the failed terrorism policies of this administration into conversations about gun violence and Islamophobia. Some even blamed the GOP for the Orlanda attack.

Instead of dealing with the issues, side issues become the issues and our legislators come up with more big government programs and waste more money that will never be accounted for. They have just such a program coming up next week.

Senator Ted Cruz conducted a hearing last week in which it was revealed that the Department of Homeland Security under Jeh Johnson has been deleting counter-terrorism research and terminology. It is being done at the request of Muslim Brotherhood organizations.

When Johnson was asked about it by Cruz, he arrogantly stated that he knew nothing of it. He has no intention of checking it out either.

One might have thought the Republicans would put up a fight but they haven’t. So far they have rejected anti-gun measures that take away our Due Process rights and we must be grateful for that. However, they did cave on the terrorism issue in general.

The Republicans will take part in a vote on a new bill H.R. 5611 which throws more big government and more unaccountable money at a department that is meant to grow into a Muslim community counter-terrorism program. The Office for Partnerships to Prevent Terrorism will engage Muslims to counter the terrorism by appointing yet another unelected bureaucrat – an assistant secretary – who will be accountable to no one in Congress.

END_OF_DOCUMENT_TOKEN_TO_BE_REPLACED 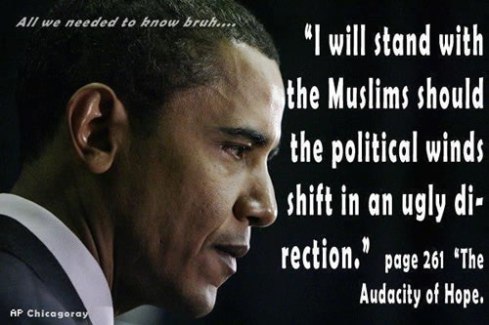 — At least 28 people have been killed and 60 others wounded in the attack on Istanbul Ataturk Airport in Turkey, Istanbul Gov. Vasip Sahin told Turkey’s state-run news agency TRT. It is unclear if the total includes the bombers. Another report, from semi-official news agency Anadolu, said six of the wounded are in critical condition. A total of 49 ambulances were sent to the site.
— Turkey’s Justice Minister Bekir Bozdag earlier said at least 10 people were killed and 20 others injured. The suicide bombers were also killed. Bozdag said one attacker “first opened fire with a Kalashnikov then detonated himself” at the airport entrance.
— In total three bombs exploded, the governor told TRT.
–One of them was located just outside a terminal on the pavement, while the other was at the security gate at the entrance to the airport, Bozdag told CNN.
— Authorities said no bombs exploded within airport buildings, according to the minister.
— A video posted to Twitter shows a view from a camera inside an airport terminal. A few dozen people are walking around when a bright flash and fireball erupt in the background.
— A Turkish official told CNN that police fired shots at suspects near the international terminal in an effort to neutralize them.
— Videos posted on social media show travelers sitting on the airport floor. A man shouts, “Get down! Get down!” Someone cries as a gunshot rings out.

As I write, the estimated death toll is now 50.

END_OF_DOCUMENT_TOKEN_TO_BE_REPLACED

The Obama administration will send a letter to every public school district in the country Friday warning them that they must allow students to use whatever bathroom and locker room corresponds to their stated gender identity, or face a federal lawsuit.

The decree, sent jointly by the Department of Justice and the Department of Education, comes just a few days after North Carolina and the federal government sued each other over the state’s recent law governing bathroom use in public buildings. It won’t be a new federal law, but will instead reflect the Obama administration’s interpretation of existing federal anti-discrimination law.

In particular, the decree is based on Title IX, the 1972 law prohibiting sex discrimination in schools that receive federal funding. While the drafters of the law may not have known it at the time, the Obama administration’s position is that the law covers discrimination based on gender identity as well as physical sex.

END_OF_DOCUMENT_TOKEN_TO_BE_REPLACED

The government plans to shut down global warming doubters and compel speech that aligns with the leftist ideology on the subject. The Competitive Enterprise Institute, a conservative Libertarian think tank prominent for its skeptical viewpoint in climate-policy debates is under assault and the government hopes to shut them down.

The government is, as CEI puts it, criminalizing people for policy differences through RICO-style investigations.

No matter what your opinion is of climate change, the question here is whether the government can use force to compel speech or silence dissent.

END_OF_DOCUMENT_TOKEN_TO_BE_REPLACED

President Obama just signed an executive order establishing a “Global Engagement Center.” This initiative is supposed to “undermine the disinformation of violent extremist groups.” Unfortunately, those most likely to be disinformed by his new Center are the American people.

This program is rooted in the same mistaken notions that have brought us grief to date. Notably, we are told that the danger we face arises from “violent extremists.” In practice, that means Islamic supremacists associated with the putatively “non-violent” Muslim Brotherhood can be relied upon to advise on how to contend with “extremists” who use violence.

But the Brotherhood’s stealthy jihadists, who have exactly the same goals as violent ones like the Islamic State, insist the real threat arises from non-Muslims – notably, returning veterans, “Constitutionalists”, Tea Party activists and the like.

Such “engagement” is a formula for our defeat, not victory.

First let’s dispense with the lunatic notion expressed by not only the far Left but, also ostensible conservative Speaker of the House Paul Ryan—makes one wonder which side Ryan is on–that ‘there is no religious test for refugees to enter the USA. There most certainly is such a test and it has been aptly identified and explained by many in the past and applies to both Asylum and Refugee status.

First and foremost, under US law there is no inherent “right” for anyone except a US citizen to enter the USA, irrespective of his, her or their circumstances. Second, an individual’s religion is part and parcel to the process of entry into the United States of America. Under 8 U.S. Code § 1158 – Asylum, (b) Conditions for granting asylum (B) Burden of proof (i) In general…