The Pentagon announced on Sunday that six prisoners cleared for transfer in 2010 will be sent to the South American country of Uruguay where they will be resettled as “refugees.”

END_OF_DOCUMENT_TOKEN_TO_BE_REPLACED

The Obama administration has reportedly transferred two Algerians from Guantanamo to their native country. Given the allegations levied against them at Gitmo, it is likely that the two are in Algerian custody. There is no transparency with respect to detainee transfers. So, we do not know how the Obama administration decided to approve the two detainees for transfer, or what will come of them back in Algeria. Press accounts do not indicate if the two remain detained, but it would be surprising to learn they have been outright freed.

One of the two was implicated in al Qaeda’s millennium plot against Los Angeles International Airport (LAX) in California. The other is allegedly a devout takfiri, who was plotting attacks against American forces in Afghanistan in 2002 and was also responsible for two attacks against churches in Pakistan that same year.

The first of the two is Hasan Zumiri (or Hasan Zemiri), an Algerian who lived in the West for years. In Canada, Zumiri was friends with millennium bomber Ahmed Ressam, who plotted to attack LAX in California in late 1999. According to a memo prepared at Guantanamo, Zumiri gave “a video recorder to an individual in order to obtain a reconnaissance video of the target and as a prop when the attack is executed.” In addition, Zumiri gave “an individual 3,500 Canadian Dollars to support the attack in the United States.”

The “individual” in question was Ahmed Ressam, who identified Zumiri while in U.S. custody. The “attack in the United States” was to be Ressam’s attack on LAX, which was disrupted when Ressam was arrested while entering the country from Canada. Ressam, who has cooperated with American authorities since his arrest, later tried to take back his implication of Zumiri (reportedly with the assistance of Zumiri’s attorney), but still conceded that Zumiri gave him the camera and cash. In addition to being used for surveillance, Ressam told authorities that the camera Zumiri gave him was to make him look more like a tourist while carrying out his attack.

According to documents produced at Gitmo, Zumiri knew that Ressam and others were mixing explosives for the attack and wanted to take part. Indeed, Ressam told authorities that Zumiri was aware that he was going to carry out “a job in America.” 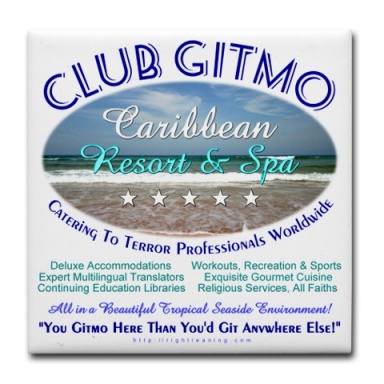