Sheriff Joe Arpaio is being accused of withholding records. Federal agents removed hundreds of id cards and hard drives from his office, under the orders of a federal judge.

Judge Murray Snow held an emergency court hearing after learning that the Sheriff allegedly failed to hand over the items that are part of the investigation.

It’s just one of the latest allegations against Sheriff Joe Arpaio. They include allegations of racial profiling that he conducted an investigation into Judge Snow, and now his office may have kept evidence from the court.

Federal Agents seized about 1,400 identification cards, and 50 hard drives. It’s the stash of evidence that Judge Snow says Arpaio failed to hand over.

“The judge has finally put his foot down, he’s drawn a line on the sand a long time ago, and I’ll tell you what, he’s had it up to here with the Sheriff’s Office again, has refused to comply with the courts order,” said Lydia Guzman.

The ID’s and hard drives are part of the racial profiling case against the Sheriff. Deputies are accused of pocketing the ID’s during immigration busts. The hard drives pertain to Arpaio’s investigation of Judge Snow.

The judge learned that the ID cards were set to be destroyed, so he ordered the U.S. Marshals to seize the items.

“I believe they intended to destroy them so that the truth never came out about how those documents came to be, where they came from, who conducted those stops,” said Guzman.

“We have never been requested to turn those over until today when the court ordered us to,” said Jerry Sheridan.

Appearing on FOX News with Neil Cavuto, Arizona Sheriff Joe Arpaio, known nationwide as the “America’s Toughest Sheriff,” explained why Obama’s claim that 2 million illegal aliens have been deported under his administration is not true.

Sheriff Joe says that there is clear evidence, based on his experience and a survey he commissioned:

You can play around with statistics. I always had a feeling that a lot of these people put on hold, turned over to I.C.E. (Immigration and Customs Enforcement), really were not being deported.  I did a survey the last three months and found out that (out of) over 1,200 illegal aliens in our jails, one-third, about 400 that were released in the past had criminal records and they’re still being booked back into the jail–six, seven, eight times, keep coming back. How come they’re not deported? That’s why they should be. They’re high-level violators. So that’s a question I have regarding this situation.

Arpaio then goes on to explain to Cavuto that the Obama administration’s accounting methods for calculating deportations are fraudulent and testimony from the new head of Homeland Security is evidence:

According the the testimony of the new Homeland Security guy, he admitted that when they come across the border, they just dump them back, but they’re claimed in the deportations, when under the Bush administration and others never including them in the deportations statistic.

Sheriff Joe is 100% correct. At a March 12 appearance before Congress, DHS Secretary Jeh Johnson finally admitted what TRN has been reporting for 2 years — Obama has cooked the books on deportations stats. Obama’s DHS counts border rejections as deportations — which no prior U.S. administration had ever done. So many were double-counted, in fact, that if you use the same standard used by the Bush, Clinton and other presidents, Barack Obama has actually deported fewer illegals than Jimmy Carter!

The ultimate honor for a patriot is to be a pariah among liberals. This story gives an idea of the extent to which this honor has been achieved by America’s toughest sheriff, Joe Arpaio:

The Grantville, Georgia Police Chief has been suspended for a week – without pay – merely for visiting Maricopa County Sheriff Joe Arpaio during his vacation.

Chief Doug Jordan and his wife planned a recent trip to Arizona to celebrate their wedding anniversary. They had honeymooned there 31 years ago. They paid for the trip and its expenses themselves.

While there, Jordan thought it would be a great idea to see if he could meet with Arpaio. He was honored when Arpaio agreed to do so.

“I meet with people from all over the country,” said Arpaio. “I have an open door policy, and he wanted to see me along with his lovely wife. He wanted to pick my brain and was hoping to go back to his home and fight the drug problems there.” Arpaio was a DEA official for 25 years in Argentina, Turkey, Mexico and Arizona; and 20 years fighting Mexican cartels as Maricopa Sheriff, so he knows a thing or two about fighting crime.

Following their meeting, Jordan expressed his hopes to establish Grantville’s own drug team. He also expressed interest in having some of his officers travel to Arizona for training.

This did not sit well with moonbats among the city council. Barked council member Johnny Cooks:

After a closed personnel session at Monday’s Grantville City Council meeting, Jordan was suspended for a calendar week without pay for violating the city manager’s policy of reporting anything that is not routine. The city council voted 2-1 to suspend Jordan, while 2 of its members, including the mayor himself, were also on vacation.

Characteristically, Sheriff Joe has offered to travel to Georgia to defend his fellow law enforcement professional.

The good news for Grantville is that it should now have no trouble acquiring federal funds, given how vehemently Arpaio is hated by the Obama Regime for enforcing immigration law.

Crooks voted to suspend Chief Jordan.
by 1dragon
OBAMA’S “MONTY HALL” PROBLEM – In the wake of Joe Arpaio’s Cold Case investigation of Barack Obama’s fraudulent birth certificate and Selective Service registration, the federal government has mysteriously closed its criminal probe of alleged misconduct by the Arizona lawman saying no charges would be filed, according to the U.S. Attorney’s Office.  However, the sudden reversal by the Department of Justice after such vigorous pursuit of Arpaio leaves many wondering if a deal was struck to prevent Arpaio’s evidence of forgery and identity fraud against Obama from damaging the democrat’s 2012 re-election bid.
by Dan Crosby
of The Daily Pen
PHOENIX, ARIZONA – Despite a vigorous two year investigation, federal authorities speaking Friday on behalf of Obama-appointed Attorney General, Eric Holder, said that the Department of Justice will not be filing charges against Maricopa County Sheriff Joe Arpaio’s office after closing what amounted to be a politically motivated investigation into false allegations of racial bias and abuse of power.
END_OF_DOCUMENT_TOKEN_TO_BE_REPLACED
by 1dragon

On Saturday, March 31, 2012, a press conference was held by a commissioned law enforcement body to present additional findings from their investigation into the bona fides and background of a man currently occupying the highest elected position in America. The investigation not only includes the forensic irregularities of the birth documentation submitted by Barack Hussein Obama, but into two additional areas. The official law enforcement investigation is also encompassing problems confirmed to exist with the authenticity of his selective service registration, a matter we’ve previously reported. Additionally and perhaps more explosive, investigation has broadened into the actions of Hillary Clinton and her closest political operatives during the latter part of the 2008 presidential campaign.

Most people following this issue are aware of the irregularities surrounding Obama’s selective service registration. Yet few appear to be aware that detectives from the Arizona investigative team have been methodically securing affidavits documenting alleged criminal activity by the Obama campaign during the 2008 Democratic Party primary.

END_OF_DOCUMENT_TOKEN_TO_BE_REPLACED

Arpaio’s Cold Case Posse investigating Obama’s eligibility announced at a March 1 press conference that it believes there is probable cause that the registration is fraudulent.

“This Agency has no evidence that President Obama’s 1980 registration is not authentic,” wrote Richard S. Flahavan, associate director of public & intergovernmental affairs

DallacroceVIDEO: Congress of the United States and the Media along with the Courts are THE BIRTHERS! They are Birthing a New Nation by their silence and Michelle Dallacroce is exposing the truth in her tell it like it is style!!! 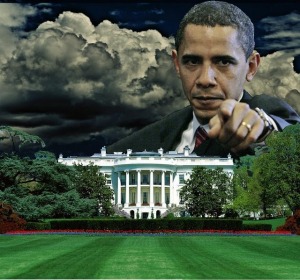 END_OF_DOCUMENT_TOKEN_TO_BE_REPLACED

Syndicated  columnist and author Diana West tackles the media taboo on the subject of the  serious evidence that President Obama presented to the nation an  electronically-created document purporting to be his actual birth certificate.  In “Silence of the Lapdogs,” she writes: