In January, Senator Rand Paul (R-KY) suggested the Obama Administration may have been smuggling guns to jihadist groups in the Middle East in a possible “international Fast and Furious” gun running operation. Rand Paul later doubled down and accused the Obama Administration of a cover-up for running guns through Turkey to terrorist groups in the region.

Then in February Senator Paul demanded that the administration answer whether or not they were running guns through Turkey to Syria.

It looks like Senator Paul has his answer. It was leaked to The New York Times.

The New York Times reported today that the US has been sending “military aid” to the Syrian opposition for a year now.

With help from the C.I.A., Arab governments and Turkey have sharply increased their military aid to Syria’s opposition fighters in recent months, expanding a secret airlift of arms and equipment for the uprising against President Bashar al-Assad, according to air traffic data, interviews with officials in several countries and the accounts of rebel commanders.

The airlift, which began on a small scale in early 2012 and continued intermittently through last fall, expanded into a steady and much heavier flow late last year, the data shows. It has grown to include more than 160 military cargo flights by Jordanian, Saudi and Qatari military-style cargo planes landing at Esenboga Airport near Ankara, and, to a lesser degree, at other Turkish and Jordanian airports.

As it evolved, the airlift correlated with shifts in the war within Syria, as rebels drove Syria’s army from territory by the middle of last year. And even as the Obama administration has publicly refused to give more than “nonlethal” aid to the rebels, the involvement of the C.I.A. in the arms shipments — albeit mostly in a consultative role, American officials say — has shown that the United States is more willing to help its Arab allies support the lethal side of the civil war.

I’m done grumbling about how President Obama is empowering America’s enemies. After all, it is not just Obama. When it comes to abetting the Muslim Brotherhood, Republicans are right there with him. 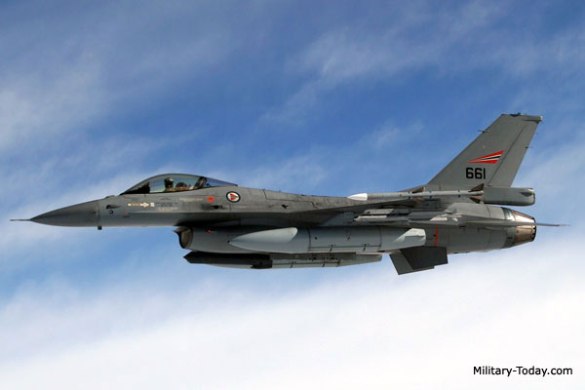 Not all of them, of course. This week, for example, Senator Rand Paul proposed an amendment that would have prohibited our government from transferring F-16 aircraft and Abrams tanks to Egypt’s Muslim Brotherhood–dominated government. This lunatic plan is not just an Obama initiative. It is also a GOP brainstorm — of a piece with 2011’s Libya debacle, in which Republican leaders cheered as Obama, upon consulting with the Arab League, ignored Congress and levied war on behalf of the very jihadists who, quite predictably, have since raided Qaddafi’s arsenal, besieged northern Africa, and massacred Americans in Benghazi.

END_OF_DOCUMENT_TOKEN_TO_BE_REPLACED

Senator Rand Paul (R-KY) suggested the Obama Administration may hve been smuggling guns to jihadist groups in the Middle East in a possible “international Fast and Furious” gun running operation.

END_OF_DOCUMENT_TOKEN_TO_BE_REPLACED

“You know we have ten years notice on this fiscal deadline.  And you know when they decided to address it?  Ten years, one hour, and thirty-six minutes is when they finally decided to come up with a bill.  They bring the bill to the floor. Which, I never saw the bill.  I’m not sure there was ever a bill printed.  But, I was told it was somewhere online at 1:36 AM and we voted at 1:39 AM.  This is no way to run a government.“

The senate never saw the bill and only had three minutes to make up their mind to vote on a bill they never saw!

Rand Paul was one of five Republicans to vote against the bill.

Senator Rand Paul was on with Greta Van Susteren  to discuss the current fiscal crisis in Washington DC.  Paul told Greta, “I would raise the debt ceiling on one condition and that would be a balanced budget amendment to the Constitution.  Barring that, people in Congress, those who I’ve met up here they don’t deserve to manage any more money.  They’re doing a bad job managing the money they have. We should not send them any more money.  They’re not to be trusted with money.