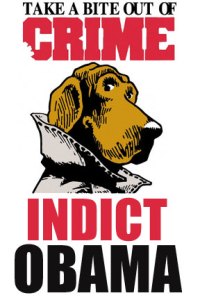 I don’t say this lightly.

It’s rumored that President Obama is preparing to take executive action on guns within the next few days, after being rebuffed by Congress.

Well, if he usurps power that does not belong to him under our system, then it’s time for urgent action. We’ve had enough.

If he doesn’t respect the document he’s sworn to uphold, then he doesn’t deserve to hold his office.