More than 5.46 million foreign nationals have received work permits from the federal government since 2009, according to a new report from the Center for Immigration Studies. Data uncovered from the U.S. Citizenship and Immigration Services agency reveal that approximately 982,000 work permits were given to illegal immigrants and other foreign nationals unqualified for admission, most of whom crossed the border without inspection. USCIS is the agency within the Department of Homeland Security responsible for issuing work permits and processing applications related to President Obama’s executive action on immigration. On Tuesday, the Senate is scheduled to vote on a bill that funds DHS, while blocking funding that would allow USCIS to implement the president’s executive action. 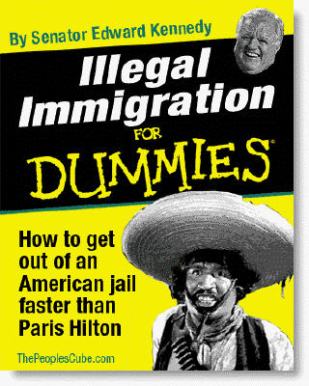 The remarkable number of work permits granted by the federal government to law-breaking aliens better explains how all net jobs growth since 2007 has gone to immigrants. The government issued approximately 1.7 million work permits since 2009 to aliens whose status was not known, not recorded, or not disclosed by USCIS, according to the report. The report says employment is not authorized by law for approximately 1.2 million immigrants who collected work permits while having a temporary visa status. And the data show that approximately 1,200 new work permits went to unlawful entrants who were denied asylum, were suspected of using fraudulent documentation, were stowaways, or were refused at a port of entry.

Approximately 1.1 million legal immigrants and 700,000 guest workers enter the country every year along with the millions of foreign nationals that have received work permits from the federal government, according to a statement from CIS. “I was astonished at the huge number of work permits that are being issued by the Obama administration outside the legal immigration system through executive discretion, especially at a time of high unemployment and stagnant wages,” said Jessica Vaughan the director of policy studies at CIS in a statement. “Besides the effect on the American worker, it encourages and rewards more illegal immigration.”