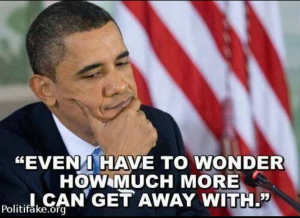 Out of the many, many terrible policy decisions that have been made by the Obama misadministration, perhaps the worst is the effort being made to “resettle” thousands of Syrian “refugees” into this country. This move has been widely opposed by the American people, and even provoked a rare show of cartilage (can’t call it genuine backbone) in most of the elected Republican state governors. Nobody with any sense wants these “refugees” here because of the obvious security threat that they represent.

In a ludicrous display of hollow-chest thumping, Obama attempted to “shame” his opponents into accepting them by casting these “refugees” as just a bunch of harmless little three-year old orphans and widows. I doubt that anyone who wasn’t already in the tank for him believed it, considering all the empirical evidence we’ve seen so far about Muslim “refugees” from the Middle East. Indeed, those who know anything at all know that what Obama is really doing is importing a future war into our country – one that will eventually be fought right here on our own soil.

Don’t believe me? Then look to the European experience. Europe – much of whose leadership is as ridiculously obtuse as our own – is basically under foreign occupation as I write this. Because of politicians who are so open-minded that their brains have fallen out, large chunks of Europe threw open the gates to over a million Muslim “migrants,” and are now reaping the consequences of their stupidity.