Recently, Netflix signed off on a multi-million dollar content production deal with the Obamas.

Well, this year, Netflix has seen its subscription numbers rocked by millions of people now turning them off and tuning them out. 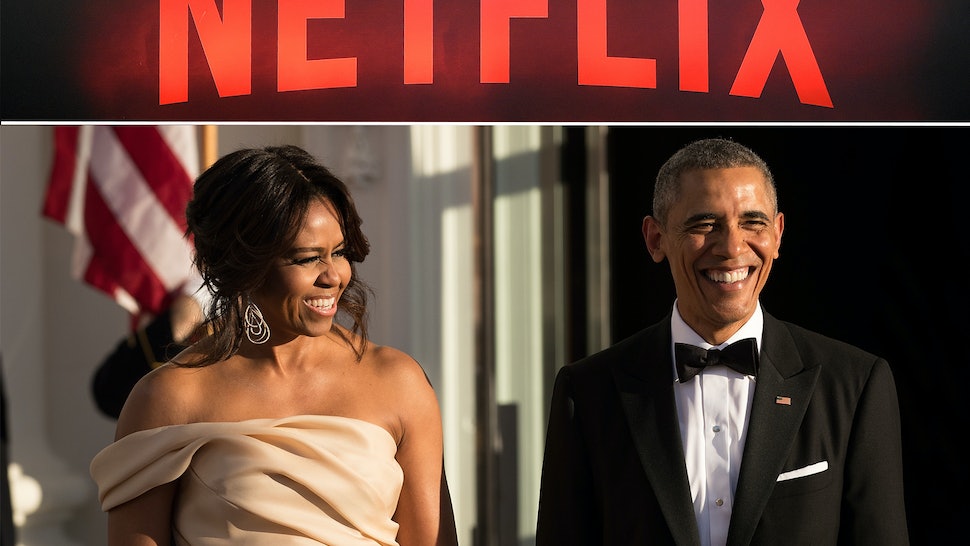 Streaming giant Netflix lost subscribers in the United States for the first time in nearly a decade, dropping a net 130,000 over the second quarter of 2019 while also adding nearly two million fewer customers than predicted.

Despite the enormous success of Netflix originals such as Stranger Things and Orange is the New Black, the company has also seen its content and leadership become increasingly politicized over recent years.

Having once seemingly focused on its broad appeal, the streaming service now appears to be producing increasingly progressive content, whether it be through “woke” talk shows such as The Break with Michelle Wolf or documentaries like Knock Down the House that favorably followed the campaigns of four progressive female Democrats in the 2018 midterm election cycle.

Last year, the company also saw its approval rating plummet after they announced a “multi-year agreement” with Barack and Michelle Obama to produce films and series for the platform. Netflix also appointed Barack Obama’s former National Security Adviser Susan Rice to the company’s board.

When President Trump made his miraculous win constitutionally official last year, President Obama went away, back to Chicago, to administer the death and destruction left in the wake of 30,000 consecutive days of Democrat rule over the Windy City.

Just kidding: Obama moved into a $5-million D.C. mansion – but only after the wall surrounding the 8,000-square-foot mansion was completely erected.  Oh, and Obama’s former senior adviser, Valerie Jarrett, moved in with the Obamas, which is just bizarrely weird.  It’s like House of Cards meets Three’s Company; rumor has it that Val makes a mean Belgian waffle with an Iranian secret touch.

The Obamas are in talks with Netflix to produce their own show, and let’s face it: that deal is as good as done.  I can already envision the episodes: “Louis Farrakhan: The Misunderstood Bigot,” “How to Community Organize and Eat Deep Dish Pizza at the Same Time,” “The Raúl Castro Interview, Part 2 (Raul Still Thinks America Sucks, and Who Am I to Disagree?).”

One episode I suspect won’t be produced is “Why I Will Remain the de Facto President for the Resistance for the Next Decade.”

There are very few political and policy decisions of Obama’s for which I give two thumbs up, but I will always marvel at how sophisticated his 2008 campaign was.  Obama knew with 100% certainty that he would be elected president after systematically delimbing the Clinton Industrial Complex.  But he didn’t want to merely defeat Arizona senator John McCain; he wanted to render him the Mondale of the Republican Party.  Obama didn’t win 49 states, but he won an election with a record turnout of percentage of registered voters.  A Christ-Gandhi ticket would have lost to Obama.

Obama was on nothing but offense, and his campaign understood well the nuances of the little things about campaigning.  His brain trust split data into micros of microdata – what people ate, when they went to bed and woke up, their voting history (or lack thereof)…seemingly everything.

Obama was our nation’s first overt activist president.  In fairness, all presidents are activists to some extent, but Obama perfected the art form.  Remember: his political upbringing was as an acolyte of  community organizer Saul Alinsky, rallying roach-smoking, Che Guevera t-shirt-wearing, vanilla chai green tea latte with organic unfiltered raw goat milk with turbinado sugar-drinking occupants of $4,000 monthly gentrified studio apartments while remonstrating against income inequality and too low taxes for wealthy white people (even though the vast majority of wealthy whites vote Democrat).

So are we to believe that Obama will not continue to carry his activist past into his post-presidential life?  Of course not.  Obama has always been smarter than most Democrat politicians; unlike Clinton, whose own husband doesn’t like her, Obama and the DMIC (Democrat Media Industrial Complex) have had quite the love affair.  The love is so strong that it’s a borderline extramarital affair.

Obama knows that the Democrats have no one on deck to challenge President Trump in 2020, and we’ll likely have Trump and Mike Pence as president for 12-16 years.  (Republicans: Don’t you dare stay home on Election Day – red states no longer exist, and we cannot afford to lose the House of Representatives.)  Knowing that Trump and Pence will likely occupy the White House for nearly two decades, Obama has comfortably assumed the role of the face of the “resistance” and will have carte blanche from the DMIC and sycophantic Democrat voters to undermine President Trump ad infinitum.  Never mind the mountain of scandals accumulated in Obama’s 96 months as president, including an alleged spying scandal that’s shaping up to be an all-time Mother of All.

Democrats don’t care, just as they disdain our Constitution and Electoral College.  Democrats believe they have the right to be right, and they will beat you into submitting to their will.  No, Donald Trump isn’t a traditional president, but the American people don’t mind, just so long as President Trump keeps his promises (and kept promises he has).  Too bad Tessio Republicans in Congress can’t seem to support the president for consecutive days.

Barack Obama promised a “fundamental transformation” when he took office in 2008, and he was true to his word.  When googly-eyed, Ludovico-induced Obamaites cheered “four more years!” at his farewell speech, Obama smilingly reminded them that our Constitution prohibits that.  Prior presidents always bid adieu to the nation from the Oval Office, but Obama broke tradition and, predictably, was praised by the oh, so devout DMIC.  Hell, even Canadians wanted another Obama term.  Does that qualify as collusion?

When Obama was elected, I did wonder what could be: a president who would take a flamethrower to the final remnants of the myth that America is still a racist nation; a president who would finally pick apart the self-victimization celebrity status culture the way he picked apart his opponents in elections; and a president who, as the West’s first black president, would never apologize for being the coach of the championship team.

But though I wondered what could be, I knew, deep down, that it wouldn’t be.  An activist never changes his act.

Obama couldn’t be president for life.  But he’ll never let you forget him.  No matter where you turn, in whatever direction, he’ll be there.

On the night of September 9, 2009, a still highly popular President Barack Obama spoke spiritedly to a joint session of Congress.  He had summoned the members of both parties to introduce his plan to transform American health care.

The promises he made that night were many and, to most in the television audience, at least, sounded fresh.  “Nothing in this plan will require you or your employer to change the coverage or the doctor you have,” said the president.  “Let me repeat this: nothing in our plan requires you to change what you have.”

Simmering throughout this litany of disinformation was an obscure five-term South Carolina congressman named Joe Wilson.  When Obama denounced as false the claim that this proposed health care system “would insure legal immigrants,” Wilson could hold his tongue no longer.  “You lie!” he yelled.

Widely chastised at the time, Wilson had to feel vindicated this week when a report surfaced that 42 percent of new Medicaid sign-ups were immigrants, legal and otherwise.  This added weight to the recent revelation that most of those newly insured for Obamacare had been insured through Medicaid.