The Protests were Organized for one Specific Purpose – Dead Cops

In December 2012, a respected Egyptian news magazine named six Obama administration officials who were in fact agents of the international terrorist organization, the Muslim Brotherhood. They claimed that these individuals had helped change the White House “from a position hostile to Islamic groups and organizations in the world to the largest and most important supporter of the Muslim Brotherhood.” 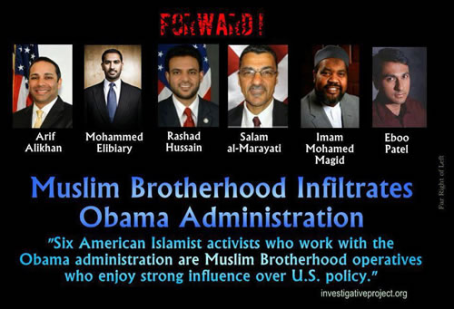 One of these alleged agents was Imam Mohamed Magid, a Koranic scholar from Sudan. In the Obama administration, Magid was appointed to the Department of Homeland Security’s Countering Violence and Extremism working group in 2011. He is on the FBI’s Sikh, Muslim, and Arab advisory board (yes, we have one of those). He has trained and advised personnel affiliated with the FBI and other federal agencies.

Under Obama’s dictates since he entered the Oval Office, the United States government decided to publicly announce a softer approach to countering Islamic terrorism and the ideology behind jihad (i.e., war in the name of Islam). Imam Mohamed Magid has been a centerpiece in Obama’s show of tolerance (of violence) and diversity (of means of death), so much so that he and his organization have been “cited … as the primary means of outreach to the American Muslim community.”

It’s now known that Magid has a remarkable connection to the murderer of two NYPD officers this December.