Texas is in real trouble politically. The giant red state has been targeted by the left and they are dumping millions into the state to turn it blue forever. There are at least 17 Democratic Socialists of America candidates running for office in the state now. They look like just ordinary people… but these are socialists. They are communist-lite. They are Marxists and they are a stone cold threat to our way of life and our freedoms in this nation.

As the Texas Observer put it, the revolution will be down-ballot. First up is Franklin Bynum’s campaign for Harris County misdemeanor court judge. He’s a 35 year-old former public defender and says he’s seen Houston’s criminal courts routinely railroad the poor into convictions that drive them further into poverty. Now, after nearly 10 years subject to the whims of conservative judges, he’s aiming to take the gavel for himself. I guarantee you that he will do what all liberal activist judges do… he’ll set criminals free to go back to what they were doing before. This has nothing to do with the poor. One of the primary goals of communists such as Van Jones is to empty our prisons regardless of the consequences.

“Who are these courts being operated for? Right now, it’s the police, the bondsmen and the prosecutors, and people are just the raw material to be chewed up,” said Bynum, who’s running as a Democrat for Harris County Criminal Court. Bynum’s platform includes expanding the use of personal recognizance bonds, waiving certain fees for the poor and reducing mandatory appearances, which he said are used only to “coerce” guilty pleas from defendants out on bail. “A democratic socialist judge would make the courts work for the people,” he said. No, what it would do is obstruct the police from doing their jobs and let criminals walk free.

END_OF_DOCUMENT_TOKEN_TO_BE_REPLACED 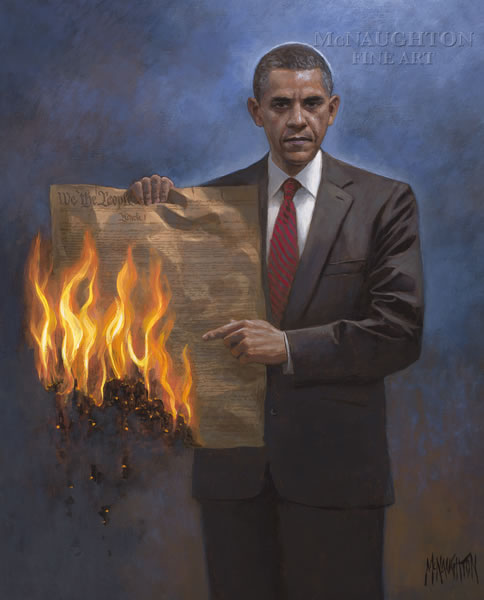 The “former” United States and Obama all in one title? What is going on here? Have we seen something very few others have seen? Have we found something others have over looked? Have we discovered the real plan of Obama’s ideology based upon his “radical” ideas? Have we asked the question thousands of other so-called reporters have just refused to ask or even consider? What do we mean here? How can we make such a statement about the President? How could we even state, “former” United States?  Follow this article and the following article closely, and at the end we will show you Obama’s plans as they have been laid out for him and all Socialists, Marxists and Communists that wish to ruin the United States once and for all.

We can make this claim for several reasons; some based upon an individual, an individual who Obama studied and not just Karl Marx. Let us begin this by showing what Obama’s plan is.  We’ll also show what and how this compares to certain individuals that Obama studied, following their ideologies that are designed to undermine both the United States and our Constitution; the law of the land.

See if the following ideas apply to what Obama is now doing. It should become evident after reading the very first rule below.

END_OF_DOCUMENT_TOKEN_TO_BE_REPLACED

Political bridge-building is usually considered a good thing, but when the “bridge” you are building is the abridgement of the separation of powers, not so much. More Obama Domestic Abuse: Now Look What You Made Me Do… on tap.

In an alarming development, word comes from Mark Levin and others in Congress that the President is prepping to raise the debt ceiling unilaterally. You know — usurping the power of the purse granted solely to Congress. That ladies and gentlemen, is impeachment worthy.

Mark Levin gets it and America better pay attention:

END_OF_DOCUMENT_TOKEN_TO_BE_REPLACED

If the reality hasn’t dawned on you by now, you may well be a leftist.

The truth is that I cannot recall in my lifetime when our government has been  so corrupt, so filled with lawless individuals who only think of themselves and  not what is truly best for Americans.

America has a government that is slowly strangling the liberty out of its  citizens and even though there are plenty of conservatives who rail against it,  work to change it, and understand what is coming if we fail, the difficulty is  that those in our government (aided and abetted by the media) do what they want  to do anyway, often in total disregard for the rule of law.  It’s not only  maddeningly frustrating, but it goes against the very core of the  Constitution.

END_OF_DOCUMENT_TOKEN_TO_BE_REPLACED

Most American’s fail to realize that the number one goal of both the international and American left, is the destruction of the US military – to be followed by the destruction, physically or politically, of the United States itself.

President Barack Obama, Secretary of Defense Leon Panetta, the Center for American Progress and the Institute for Policy Studies are all working to this end.

Neither Obama, nor Panetta would have a prayer of passing an FBI security check to clean the toilets of any US military base.

END_OF_DOCUMENT_TOKEN_TO_BE_REPLACED

Completely missed amid the agonizing cries of human misery in Egypt is that the ending of a United Nations fairytale is being written.  The bum’s rush for President Hosni Mubarak has now gone global and from out of nowhere the Muslim Brotherhood-endorsed Mohamed El Bardei has arrived on the protest scene.  El Baradei’s got the Nobel Peace Prize.  All he’s really missing is the white horse.

Egypt will be turned over to radical Islam leadership.  And it would never have happened without President Barack Obama, who first ran the white flag flying over America up the flagpole—without the permission or knowledge of the American people—on April 6, 2010.