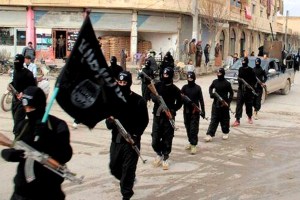 ISIS has been beaten. It’s been forced out of city after city. Its fighters are dying or have run away. Its resources are exhausted.

And yet once again, there’s blood on the pavement and screams filling the air of a Western city. And the note in the bloodied truck links the attack to ISIS.

We didn’t beat ISIS because it’s not just an army or an alliance. It’s an idea. The idea is Islam.