This is the tag line the Dems invented for Nixon – “would you buy a used car from this man?” 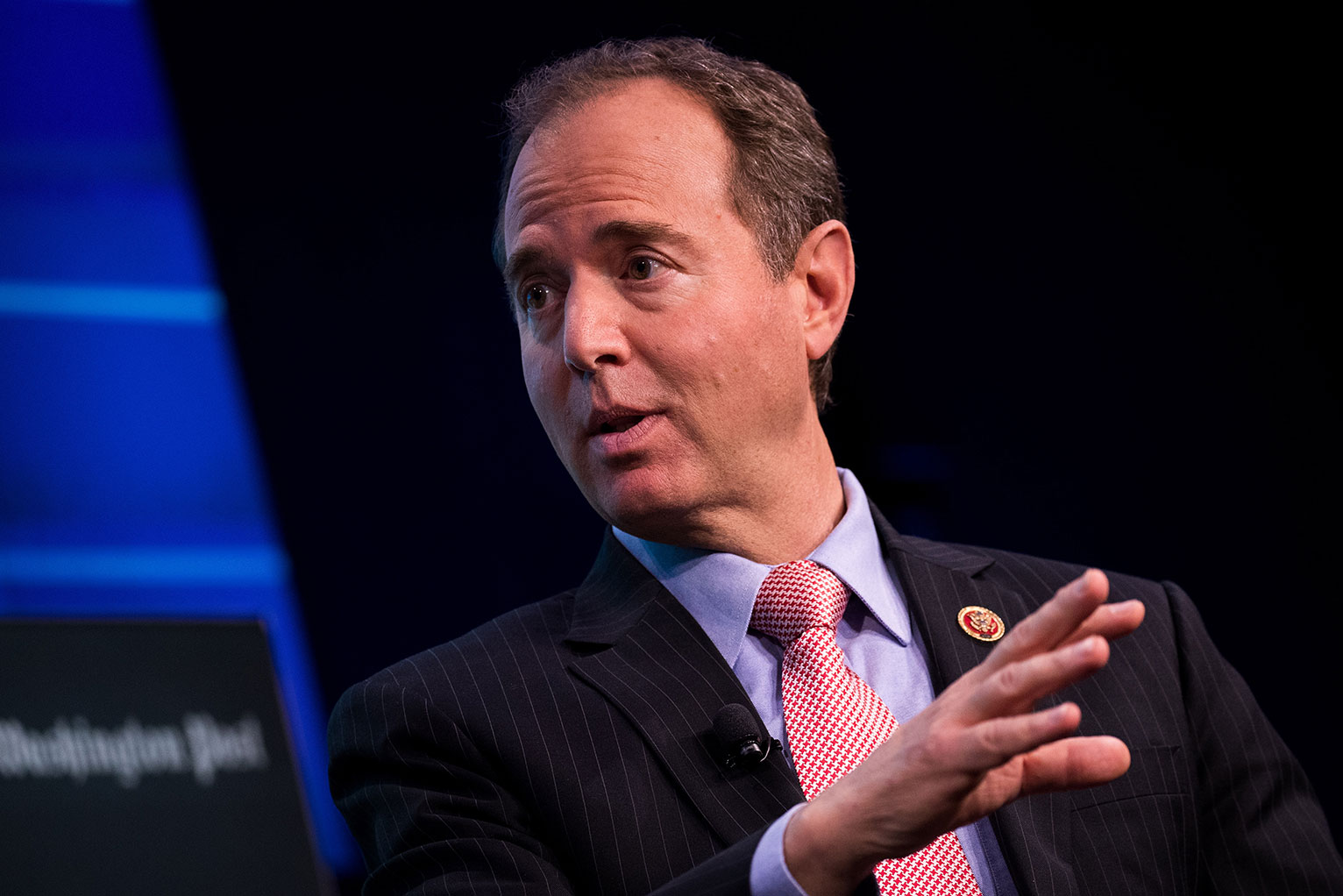 You know it’s funny. You have a corrupt Democrat Senator Robert Menendez on trial for bribery, conspiracy and other charges. The media basically ignores the story, Democrats refuse to answer if what should happen to Menendez when rarely questioned and Mitch McConnell is as silent as can be. Robert Menendez has even been accused of having sex with underage hookers in Dominican Republic in this case. So where are all the calls for him to resign, proven or not?

And then there’s the Roy Moore, the Alabama Senate candidate who now has Gloria Allred joining the pile on of women who accuse Moore of sexual harassment when they were teenagers. Mitch McConnell has already decided that he believes these women, without proof and has called for Moore to step aside and drop out of the race which has an election on December 12.

Regardless if you believe the women or Roy Moore, there still is no concrete proof if Moore did what’s claimed. He’s never been sued for it, never been on trial (like Menendez) yet McConnell calls for Moore to drop out and continues to remain silent on Menendez. Do you see how this is an obvious ploy by the GOPe to get rid of Moore because “Big” Luther Strange lost the runoff? You’d have to be blind as a liberal to not see the obvious connection.

Thee answer the this whole Roy Moore situation is quite clear for McConnell and other GOPe scum. Shut the hell up until after the election, seat Moore once he polishes off the slimy Democrat running against him and see what happens. If actual proof of what these women are accusing Roy Moore of are presented, you expel him from the Senate. Then the RINO Alabama governor can appoint Luther Strange again and McConnell gets his butt buddy back.

Yet you have an actual Senator on trial for bribery, corruption and sex with underage hookers, but McConnell remains silent on him? McConnell has got to go.

Dear Republican Establishment:
I’m going to give you the Readers Digest version of why Ted Cruz and Donald Trump are leading in the Republican Primary.

In 2008, John McCain, a sitting Senator and a war hero, was running against the first African-American presidential candidate. Perhaps, the Republican party should have considered their own non-white candidate to appease a nation who thought skin color was more important than the proven character and experience of an “old white guy”.

Although I still believe McCain could have won, if not for the collapse of the Lehman Brothers and the fallout that followed, nonetheless, the Republicans failed to win this election.

In 2012, the Republicans nominated Mitt Romney. With millions of people protesting the Obama Healthcare Tax being shoved down our throats, the Republican Establishment picks the one guy who had already implemented this law in his own state. Would Romney fight the forced healthcare act that was the hot button issue in 2012, after all, he was the Daddy of it? Instead of fighting Obama and Obamacare, Romney became an apologist. He would attack Obama on his policy, get criticized in the papers and the next day he would be a blubbering idiot apologizing for offending Obama. All he did was offend the American people.

The Republican supporters refused to elect weak-kneed Romney, giving Obama the easy win. What the voters did do, however, was give the Republican the majority in the House and Senate. The People felt that in this position, the Republicans could stop Obama and his socialist agenda. Brilliant strategy that did not happen because the Republicans had the power, but they refuse to use it.

END_OF_DOCUMENT_TOKEN_TO_BE_REPLACED

The New York Times claims Mitch McConnell has a plan to break with Donald Trump should he become the party’s nominee. Personally, I trust nothing from the New York Times, I think the left is desperate and will do anything, but we report, you decide.

Leaders of the GOP don’t believe he can win in a general election and will take the rest of the party down with him, the Times reports.

According to The Times, resistance to Trump “runs deep,” and a “desperate” behind-the-scenes “mission to save the party” from the real estate tycoon stalled out. As a result, “two campaigns have drafted plans to overtake Mr. Trump in a brokered convention.”

END_OF_DOCUMENT_TOKEN_TO_BE_REPLACED

Paul Ryan spoke at the Heritage Foundation to rally the forces on the right and ask conservatives to unite with the establishment until the election. There is nothing the GOP can do right now to fight Obama’s agenda about the Obama agenda.

Schools are closed in New York City today because it’s the Chinese New Year. They also close for two Muslim holidays because we are adapting to all the other peoples and cultures who decide to live in New York. The Hindus are now lobbying for their holiday. I’m sure their cultures are wonderful but the problem is we are being fundamentally transformed by leftists and this is part of the plan. There are so many millions pouring into our country from foreign lands that they cannot assimilate and that is the idea.

Paul Ryan appeared to surrender to the Obama agenda during the speech at Heritage and, coincidentally of course, after meeting with the White House and Mitch McConnell. Rumors circulated after that meeting that they came to an understanding that they would let Obama’s agenda go forward unimpeded until November.

We always have to wait for the next election with no indication anything will change.

END_OF_DOCUMENT_TOKEN_TO_BE_REPLACED

Barack Obama railed against the GOP again this morning and directed his hatred towards them before an audience of foreigners in the Philippines. When he insults the GOP, he’s also insulting half of the American people. He’s also ridiculing non-GOP Americans who want this massive influx of Syrian refugees stopped until we have a handle on it.

He said it as more terrorists are caught posing as migrants.

END_OF_DOCUMENT_TOKEN_TO_BE_REPLACED

It’s hard to pinpoint exactly when it started, but with Speaker John Boehner’s resignation announcement, there’s no doubt the revolution has begun. Perhaps it was the first time you bookmarked the Drudge Report. Or maybe, when at the Drudge Report, you said: “Who is this Breitbart?” Eric Cantor’s primary loss to Dave Brat was certainly a moment when the revolution was stirring and produced tangible results rather than just internet narrative.

Regardless of when the revolution started, it’s clearly underway.

END_OF_DOCUMENT_TOKEN_TO_BE_REPLACED

Over one hundred years ago, Ambrose Bierce, a 19th century political satirist, deploring the political corruption and lack of representative government, described Washington D.C. as a:

“Strife of interests masquerading as a contest of principles and the conduct of public affairs for private advantage.”

How little things have changed.

Yet, seemingly oblivious to this persistent, fundamental problem in our political-media culture, Democrat and Republican Presidential candidates and political pundits of all stripes, arrogantly dismiss voter sentiment and choose to remain focused solely on their posturing for each election cycle driven by petty policy squabbles as to whether 2 + 2 = 3 or 2 + 2 = 5.

END_OF_DOCUMENT_TOKEN_TO_BE_REPLACED

I told you so.

Part of Obama’s “fundamental transformation” of America is to not only marginalize the white race, but now it’s clear that he means to make whitey pay.

I wrote about it here

The Tea Party is a threat to national security, the GOP is a threat, the NRA is a threat, returning vets are a threat. And every one of them is racist. Just ask Eric Holder and Barack Obama. Thus it is critical to be sure they lose their voices in the electoral process in this country. Barack Obama will have then made good on his promise to fundamentally change the US.

Tom Perez is a liar. His view is that whites are not entitled to the same Constitutional protections as other races. His goals are to import millions of latinos, share your prosperity with them and marginalize the white race in this country. This is all part of the Obama Fundamental Transformation of the United States of America.

Obama is flooding the country with illegal aliens and blocking their deportation. Since 9-11, Muslim immigration has exploded. The FBI can’t keep up. Illegals are killing Americans routinely and we can’t get rid of them.

Now Obama plots to make the lives of Caucasians in America miserable.

END_OF_DOCUMENT_TOKEN_TO_BE_REPLACED

Fox News has reviewed recently released emails from Hillary Clinton and come to this conclusion: Obama, Hillary, the DOJ, and certain members of Congress from both parties conspired to arm terrorists via Qatar.  This was in violation of federal law because many of “rebel groups” they armed were designated terrorists groups.

Well, well, well – this explains why Hillary was cozying up to the wife of the former Emir of Qatar, doesn’t it?  Now we have the emails for that correspondence, too.

Last July, an article entitled “High Treason: Here’s what the GOP is Covering Up for Obama” explained that: