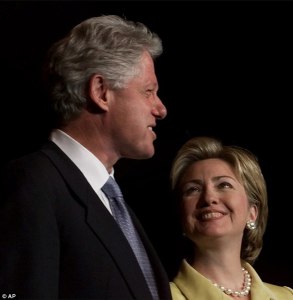 Many Americans believe Bill Clinton has spent his years away from the White House simply enjoying the good life of an ex-president. He gets a full security team; travel expense around the world; a cool presidential library equipped with full living quarters; the best tables at the fanciest eating establishments; huge speaking fees to share his own two cents worth of opinion on any given issue; he gets to show his face on television as an appointed spokesman for the latest disaster relief project; and sometimes even gets to represent the United States at some international meeting.

A fun life, certainly. But such a description in no way represents the reality of Bill Clinton’s true impact on the world since leaving the White House.

In truth, Bill Clinton has been a very busy boy, continuing to carry out the global agenda he orchestrated from the White House, and he’s doing it with funds equal to those of the GNP of a small nation. The mission for Clinton’s activities is “Global interdependence.” The other way to say it is “Global Governance,” UN style. Bill is all over the world, creating programs and policy, many times working directly with foreign governments, to bring about a one world government – at the expense of the sovereign nation he once headed.