Why are politicians arguing over 10,000 Syrians coming into the country when the new cromnibus will allow at least 170,000 migrants in from Muslim countries? The numbers will undoubtedly be higher. They have been over the last several years.

The senate voted to approve the cromnibus bill and Senator Sessions said this is the reason GOP voters are in open rebellion. Sessions is Chairman of the Subcommittee on Immigration, Border Security, and Refugees.

Senator Sessions took to the Senate floor on Wednesday to warn of the repercussions from the cromnibus bill when it comes to immigration, illegal and otherwise.

“There is a reason that GOP voters are in open rebellion,” Sessions said. “They have come to believe that their party’s elites are not only uninterested in defending their interests but – as with this legislation, and fast-tracking the President’s international trade pact – openly hostile to them. This legislation represents a further disenfranchisement of the American voter.”

The bill, Sessions said, allows the president to bring as many refugees as he wants and he can bring them in from anywhere he wants, giving them access to unlimited entitlements at taxpayer expense. At least 170,000 green cards will be issued to refugees, asylees, migrants from Muslim countries over the next 12 months.

It quadruples foreign workers available to employers under the H-2B visa program. H-2B workers are supposed to fill positions workers won’t do seasonally but they are taking American’s jobs.

The bill won’t defund Sanctuary Cities. Illegal aliens will continue to get tax credits. They don’t have a social security number, they have children somewhere around the world, they don’t pay taxes but they get a child tax credit for children not even in the country. Language to stop this was not kept in the bill. Those credits were made permanent.

Americans are being terminated, they are made to train the new foreign workers who then take their place. Amendments to stop this were rejected, but industries asking for more foreign workers had their requests met.

Executive amnesty continues as does funding to countries who won’t take their illegal aliens back.

President Obama’s legacy is one of indifference to our security. To cite a few examples: He’s kept the borders open and, with his executive amnesty, encouraged enemies of this country – and countless other aliens – to come in.

He’s bringing many thousands of Syrian migrants here, even though they can’t be vetted for jihadist tendencies. He’s letting hardened drug criminals out of our jails, despite evidence that roughly half will perpetrate more crimes.

Now, he’s poised to bring jihadists from Guantanamo Bay to prisons, courts and communities in this country. The prisons will become still greater recruiting grounds for Islamic supremacists – some of whom may be sprung by U.S. judges while other terrorists target unwilling host communities.

At what point will Americans say enough of this President’s legacy-building at the expense of public safety? After more of us needlessly die? Or now? 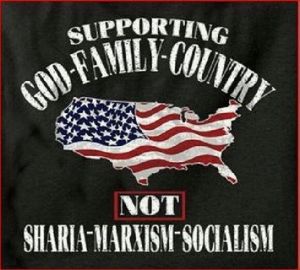 The American people, the working people of this country the 9-5ers with a wife and kid, are scared. Business owners just scraping by are demonized by the administration for being too rich, and not paying the workers enough. The economy is in the ditch, and out administration keeps telling us everything is fine.

The administration is unique in that it is the first in American History. We have an administration that dismisses our culture, religion, and principles that this country was founded on.

The majority of American do not condone the bowing of America to principles that are foreign to this country.

Our institutions are scorned, our veterans treated like pond scum, and hard earned position in life being trammeled by an administration that ignores the danger of Islamic terrorism to the point that it is now here.

END_OF_DOCUMENT_TOKEN_TO_BE_REPLACED

Establishment Republican Speaker of the House John Boehner promised to fight Obama’s unconstitutional “executive amnesty” tooth and nail. However, as he has done so many times during his tenure as Speaker, Boehner broke this promise. It is time to fire John Boehner and replace him with a limited government constitutional conservative who will keep his promises and protect American jobs and American exceptionalism.

If President Obama grants executive amnesty to an unknown millions of Americans, there’s only one way Republicans can stop him — impeachment.

That’s at least according to FOX News Senior Judicial Analyst Judge Napolitano, who argues congress has very few tools when it comes to stopping the President’s plan. Which is why he thinks the politically-risky option of impeachment may be the only option for the GOP.

On Thursday’s show, the Judge told FOX News Radio’s Tom Sullivan why the President may have to resort to such extreme measures. He says, while Presidents do have right to practice prosecutorial discretion when it comes to immigration, Obama’s proposed actions risk nullifying the law altogether. And that’s going too far. 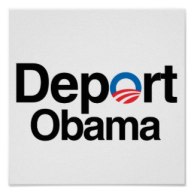 As he also discusses in his new book, “Suicide Pact: The Radical Expansion of Presidential Powers and the Lethal Threat to American Liberty”, Judge Napolitano went on to explain why President Obama’s plan goes far beyond the executive actions taken by prior presidents. He also warns these Presidential power grabs will only encourage successors to strengthen the executive branch and erode our freedoms.

The Mexican Revolution, began on November 20, 1910, and continued for a decade. The United States, Mexico’s northern neighbor, was significantly affected by the human dislocation that resulted: if someone did not want to fight, the only alternative was to leave the country—and over 890,000 Mexicans did just that by legally emigrating during the second decade of the 20th century.

The Obama administration and minions in the media insist President Reagan also used executive amnesty to allow illegals in the country.

As Rush Limbaugh explained, “This is a bald-faced flat-out lie.”

Ronald Reagan signed a piece of legislation. It was the Simpson-Mazzoli Act. It was 1986. Congress debated and passed a law to grant amnesty to three million illegal immigrants, and Reagan signed it. — Obama is passing amnesty without Congressional legislation.

The most important issue is missing from debate over the coming Obama administration’s “Executive Amnesty for illegal immigrants.”If such an action is taken without even an attempt at impeachment, we will mark that day as the day the U.S. Constitution was murdered.

Certainly some Constitutional forms will hold on another decade or two, but the relevance of Congress to federal policy making, Constitutional branch separation of powers generally, and ultimately the rule of law will be gone. Future generations of Americans will mark the Constitution as a dead letter from that day. Our American birth right to the rule of law and ordered liberty under the Constitution will have been traded for a blatant pursuit of power by any means necessary. Ultimately such power only comes from the barrel of a gun, and here only one side has guns.

That President Obama is dissolving the Constitution for a faster influx of non-white voters so he can dissolve the current declining white majority polity shows a deep love of power, and a deep hatred of any past or current American cultural institutions, that gets in the way of his power.

This isn’t new. Leftists in America have been heading down this road since before the Cold War between America and the Soviet Union started in the 1940’s.

What is new, and the real test here, is acquiescence of the opposition party (Republican) elected elites to this turn of events. They have preemptively surrendered the only real counter to this Executive usurpation of the Legislative power, impeachment of the President, for purported fear of a voter backlash and loss of their new majority in Congress.