Oh Eric, apparently you have been playing with that box of rocks. Let me give you some simple examples of how America was great. 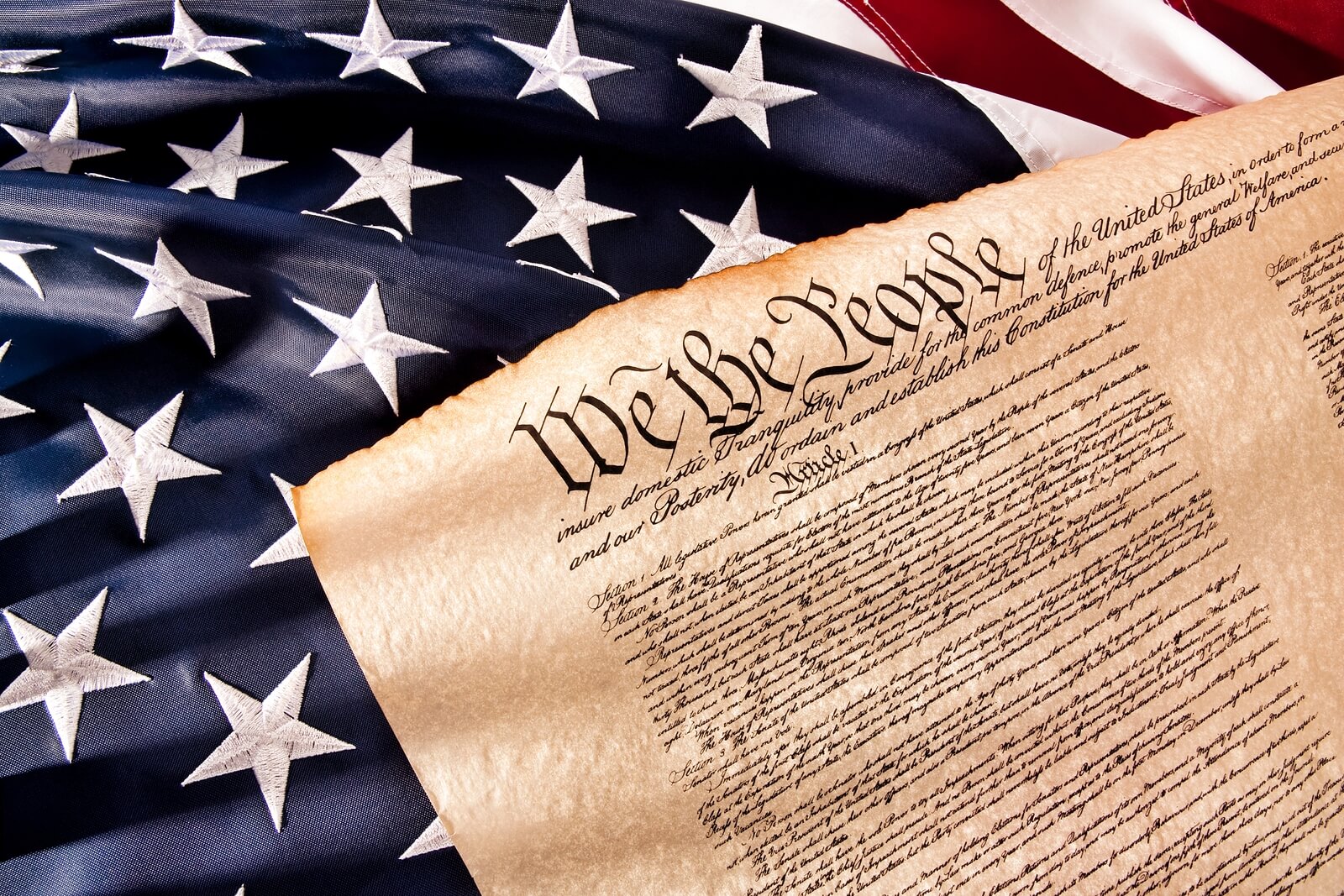 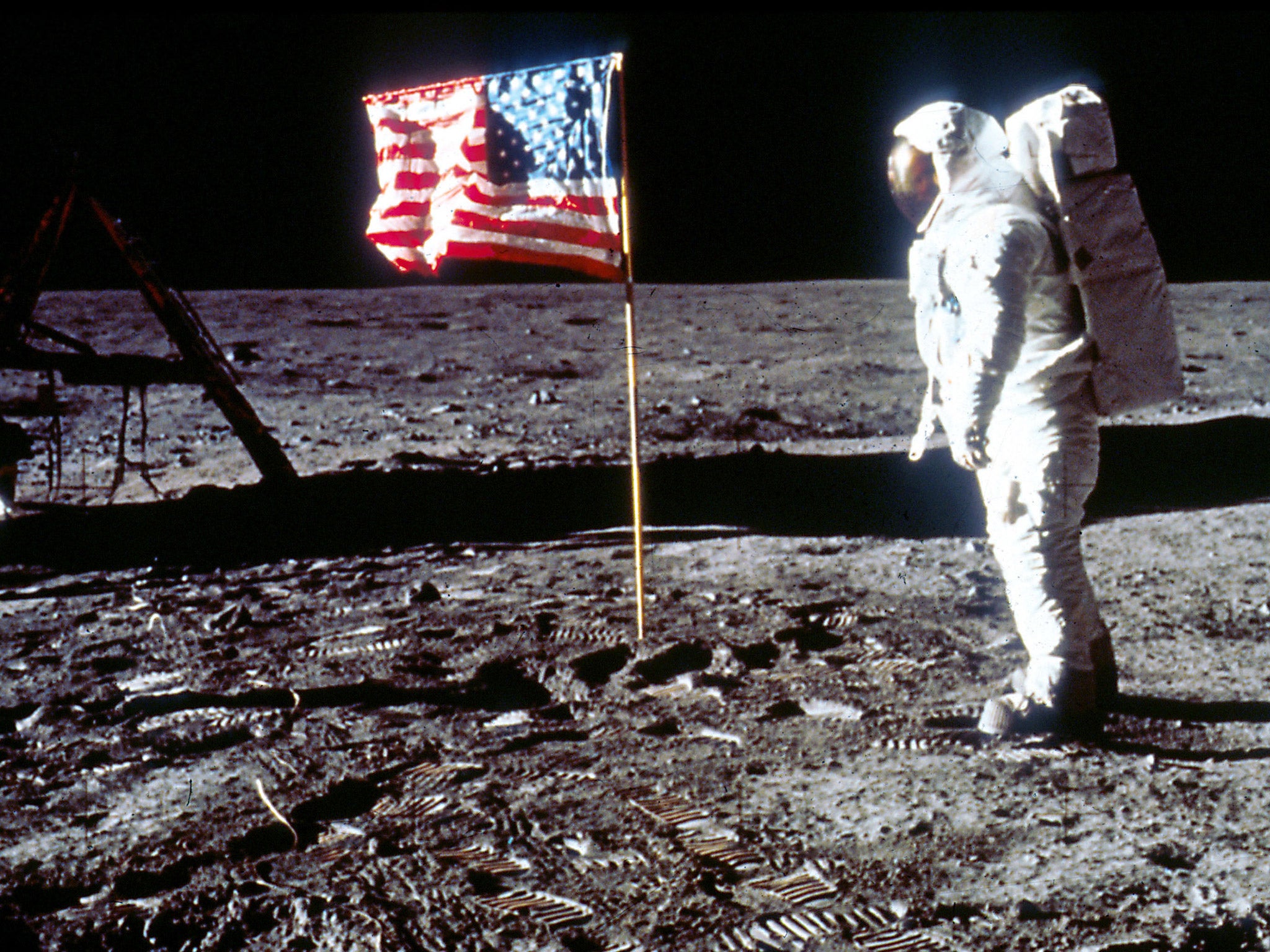 Hey Eric, maybe you should just retire and let a real man run the country.

Unlike your former boss.

This shouldn’t be all that surprising given that Barack Obama gleefully weaponized the FBI, Department of Justice, and various intelligence agencies, and criminalized political differences in the process. A radical zealot with a desire to fundamentally transform the United States, the 44th president had a limited sense of boundaries. Obama was more Third World caudillo than president and he was never troubled by hijacking governmental powers to hurt his opposition, as the conservative groups targeted by his IRS can attest. His race-obsessed first attorney general, Eric Holder, turned the Justice Department into a virtual arm of the Democratic Party, using the agency to punish the Left’s enemies and let allies run wild. His second attorney general, Loretta Lynch, surreptitiously met with Bill Clinton in an airport hangar, presumably to cut a shady deal to let Hillary Clinton escape punishment for the many crimes she committed in office.

“It’s clear there was a nefarious conspiracy” between federal officials to defeat Trump, Fox News legal analyst Gregg Jarrett told Sean Hannity after the hearing. Jarrett added that when the plot didn’t succeed, the conspirators switched to Plan B, which he described as, “Let’s just say there’s a crime and then we’ll just search for a crime.”

“I know what he’s doing,” Rosenstein said. “He consults with me about their investigation, within and without the scope.”

END_OF_DOCUMENT_TOKEN_TO_BE_REPLACED

Barack Obama is actively organizing a coup against the President of the United States. The goal is impeachment or resignation. One of the Obama administration’s chief saboteurs and strategists was Valerie Jarrett and that woman just moved into the Obama mansion.

END_OF_DOCUMENT_TOKEN_TO_BE_REPLACED

All contracts between the California Legislature and former U.S. Attorney General Eric Holder Jr. or Covington and Burling.

On January 4, 2017, California legislative leaders announced that they have hired Holder to assist them in anticipated federal challenges to several state policies such as climate change and immigration.

In a statement, Kevin de Leon, California Senate President Pro Tempore said, “With the upcoming change in administrations, we expect that there will be extraordinary challenges for California in the uncertain times ahead.”  The California Attorney General, who represents the State’s interest in court, already has a budget of $190 million.

END_OF_DOCUMENT_TOKEN_TO_BE_REPLACED

To the Democratic Party, and specifically those of you responsible for shaping federal policies over the last seven years and our cultural institutions over a far longer time…

You’ve succeeded beyond your wildest dreams in your efforts to, as the front man for your current operation called it, “fundamentally transform America.” It’s been seven years with said front man in charge, and those of us not in on your game are staring slack-jawed at what you’ve made of this country.

END_OF_DOCUMENT_TOKEN_TO_BE_REPLACED

Former U.S. Attorney General Eric Holder will return as a partner at the law firm he had left to become the nation’s top law enforcement official, his new employer said in a statement.

Holder, who led the Justice Department from 2009 to 2015 and was one of President Barack Obama’s longest-serving cabinet members, will return to Covington & Burling, where he was previously a partner from 2001 to 2009, the law firm said.

At Covington & Burling’s Washington DC office, Holder will focus on complex cases “including matters that are international in scope and raise significant regulatory enforcement issues,” the law firm said.

And now we get to the heart of it, it’s all about an exercise of federal government control, not about the facts. As we reported earlier, the DOJ report on the police department was twisted to enhance the supposedly ‘racist’ nature of the department.

WASHINGTON, March 6 (Reuters) – U.S. Attorney General Eric Holder said on Friday the Justice Department would use its full authority to demand police reforms in Ferguson, Missouri, including possibly going so far as dismantling the department accused of racial bias.

“We are prepared to use all the power that we have … to ensure that the situation changes there,” Holder told reporters.

Asked if that included dismantling the Ferguson Police Department, Holder said, “If that’s what’s necessary, we’re prepared to do that.”

Civil rights lawyers have previously said the county could absorb the functions of the Ferguson Police Department.

The Justice Department issued a report this week that found that police in Ferguson overwhelmingly arrested and issued traffic citations to black residents, creating a “toxic” environment with its policing practices.

by 1dragon
Freedom Outpost
Don’t say no—say hell no! Why do we make this statement? Because just like the present Attorney General, Eric Holder, this lady is a fox in sheep clothing. Some say she is pretty equal in her dealings, but they do not recognize her background, nor do they allow her words to enter into the picture—words, by the way, that are very similar if not exactly like Eric Holder’s. We feel it is our duty to inform the public now rather than after this very bad lady is confirmed as to what she truly represents. This will not surprise many, as they are now very weary of anyone Obama places into any nomination. This needs to be spread wide and far and fast.

END_OF_DOCUMENT_TOKEN_TO_BE_REPLACED

According to a Justice Department watchdog group, it appears that the “Operation Fast and Furious” fiasco might have a part 2. The group says that Federal agents and prosecutors made a ridiculous amount of errors while investigating a U.S. citizen who was smuggling military surplus grenade components into Mexico for conversion into real grenades that cartel’s could use. (H/T FoxNews) 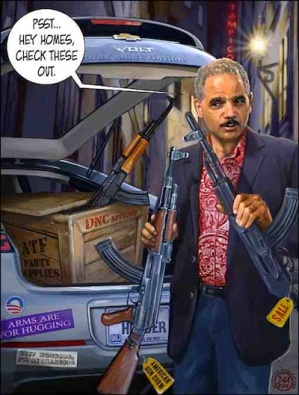 The highly critical report stated that the ATF “did not adequately consider the risk to public safety in the United States and Mexico created by the subjects’ illegal activities.”