New e-mails show former FBI deputy director Andrew McCabe was surprisingly knowledgeable about CNN’s understanding of and deliberation about a dossier briefing given to Donald Trump days before CNN ever reported on the matter.
The Federalist
By Sean Davis

Newly revealed e-mails show that former Federal Bureau Investigation (FBI) deputy director Andrew McCabe was keenly aware of CNN’s internal understanding of a secret briefing about the infamous Steele dossier, days before CNN published any stories on the matter. The e-mails, which were obtained by Sen. Ron Johnson (R-Wisc.), also reveal that top officials used coded language to refer to the salacious and unverified allegations made by Steele.

Former FBI director James Comey briefed then-President-Elect Donald Trump on January 6, 2017, on at least one unproven allegation contained in Steele’s dossier, which was jointly funded by the Hillary Clinton campaign and the Democratic National Committee. CNN broke the story about the dossier briefing on January 10, 2017, touching off a firestorm of hysteria that culminated in not just the firing of Comey by Trump, but the eventual appointment of Department of Justice (DOJ) special counsel Robert Mueller.

Comey claimed that he was compelled to brief Trump on the dossier because “CNN had [it]” and was “looking for a news hook.”

Hours before Comey briefed Trump, FBI chief of staff James Rybicki e-mailed staff that Comey “is coming into HQ briefly now for an update from the sensitive matter team.” Just as the same officials dubbed the Clinton e-mail investigation the “mid-year exam” and the anti-Trump counterintelligence investigation “Crossfire Hurricane,” they also used various phrases using “sensitive” to refer obliquely to the dossier.

Two days after the briefing, on January 8, 2017, former FBI deputy director Andrew McCabe, who earlier this year was fired and then referred for criminal prosecution by the DOJ inspector general for repeatedly lying about media leaks, wrote an e-mail to top FBI officials with the subject, “Flood is coming.”

“CNN is close to going forward with the sensitive story,” McCabe wrote to Comey, Rybicki, and two others. “The trigger for them is they know the material was discussed in the brief and presented in an attachment.” He did not detail how he came to know what CNN’s “trigger” was for publishing the dossier briefing story.

Although the January 10 story from CNN also claimed that Trump was presented with a two-page summary of the dossier, which was not part of the official intelligence community assessment given to Trump, Comey himself later claimed that he did not give the two-page document to Trump, raising questions about whether McCabe himself was a source for CNN’s assertion that Trump had been given the entire two-page document during the briefing.

Shortly after sending his e-mail to Comey and other FBI officials, McCabe e-mailed then-Deputy Attorney General Sally Yates and her deputy, Matthew Axelrod. McCabe used the subject line “News” in his e-mail to the DOJ officials.

“Just as an FYI, and as expected,” McCabe wrote, “it seems CNN is close to running a story about the sensitive reporting.” It is not clear how McCabe came to be so familiar with CNN’s understanding of the dossier, its briefing, or how close CNN was to reporting on the matter.

In a Monday letter to FBI director Christopher Wray, Sen. Johnson, who chairs the Senate Homeland Security and Governmental Affairs Committee, asked the director to provide a list of all members of the “sensitive matters team” referenced by Rybicki in his January 6 e-mail. Johnson also requested that Wray provide all details about how FBI officials “first learned that media outlets, including CNN, may have possessed the Steele dossier.”

To date, there is no public evidence that the FBI ever investigated the leaks to media about the briefing between Trump and Comey. When asked in a recent interview by Fox News Channel’s Bret Baier, Comey scoffed at the idea that the FBI would even need to investigate the leak of a secret briefing with the incoming president.

“Did you or your subordinates leak that?” Baier asked.

“Did you ever try to find out?” Baier asked.

“Who leaked an unclassified public document?” Comey said, even though Baier’s question was about leaking details of a briefing of the incoming president, not the dossier. “No,” Comey said.

(Washington, DC) – Judicial Watch announced today that it has filed a lawsuit against Secretary of State John Kerry in the U.S. District Court for the District of Columbia to compel Secretary Kerry’s compliance with the Federal Records Act and challenge “the failure of Defendant Kerry to take any action to recover emails of former Secretary of State Hillary Clinton” and other U.S. Department of State employees unlawfully removed from the agency (Judicial Watch, Inc. v. John F. Kerry (No. 1:15-cv-00785)).

In 2014, Clinton “unilaterally determined which of her emails were official government records and, in December 2014, returned at least a portion of these public records – as many as 55,000 pages of records – to the State Department.”

In the lawsuit, Judicial Watch argues the following:

END_OF_DOCUMENT_TOKEN_TO_BE_REPLACED

Attorney General Eric Holder’s Department of Justice dumped documents related  to Operation Fast and Furious on congressional officials late Friday night.  Central to this document dump is a series of emails showing Holder was informed  of slain Border Patrol agent Brian Terry’s murder on the day it happened – December 15, 2010 – and that he was informed the weapons used to kill Terry were  from Fast and Furious on the same day. 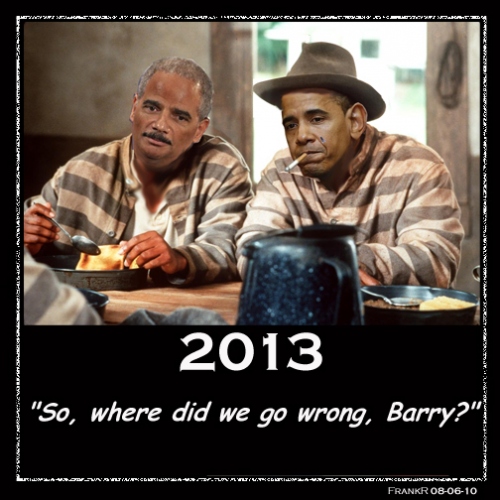 END_OF_DOCUMENT_TOKEN_TO_BE_REPLACED

(CNSNews.com) – Chris Crane, president of the union that represents the nation’s Immigration and Customs Enforcement (ICE) officers, has provided the House Judiciary Committee and Sen. Jeff Sessions (R-Ala.) with what Crane says are internal ICE emails that back up testimony he gave in July and October that ICE headquarters had verbally ordered officers in the field not to arrest illegal aliens who did not have prior criminal convictions–even if they were fugitives evading deportation orders or were individuals who had illegally re-entered the United States after being deported and were thus committing a felony. 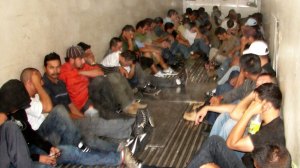 “Increasingly, ICE headquarters leadership refuses to put directives to supervisors, agents and officers in the field regarding law enforcement operations in writing,” Crane told the House Judiciary Subcommittee on Immigration in written testimony submitted on July 26.

“Orders and directives are given orally to prevent the activities of ICE’s leadership from becoming public,” Crane, president of the National Immigration and Customs Enforcement Council 118, testified. “Agents and officers in the field are frequently under orders not to arrest persons suspected of being in the United States illegally.