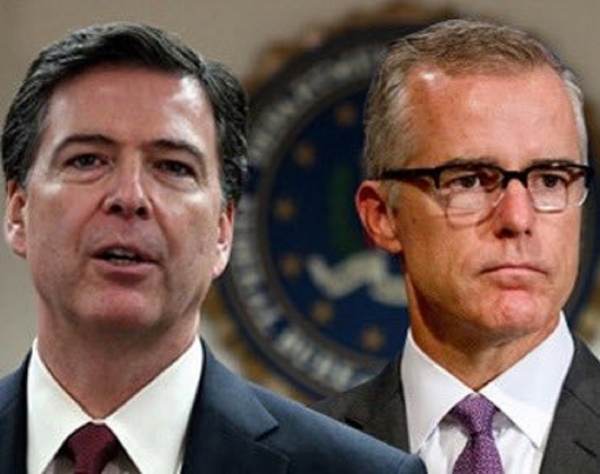 According to the just released report by the Justice Department’s Office of Inspector General, former FBI Deputy Director Andrew McCabe wrongfully caused sensitive law enforcement information to be leaked to the Wall Street Journal and then lied to investigators about having done so. The report runs thirty-five single spaced pages and lays out in excruciating, meticulous, and damning detail how McCabe authorized an anonymous leak calculated to make it appear that he had resisted pressure by Loretta Lynch’s Justice Department to close down the FBI’s investigation of the Clinton Foundation during the 2016 election campaign and then proceeded to cover his tracks with lies.

As spelled out by the OIG, McCabe’s troubles started on October 23, 2016, when the Wall Street Journal published an article by reporter Devlin Barrett stating that political action committees run by Virginia Governor Terry McAuliffe and the Virginia Democratic Party (over which the article reported McAuliffe “exerts considerable control”) had donated almost $675,000 to the failed 2015 state senate campaign of McCabe’s wife. The article described McAuliffe as “an influential Democrat with long-standing ties to Bill and Hilary Clinton.” It stated that McCabe was an FBI official “who later helped oversee the investigation” into Secretary of State Hilary Clinton’s use of an unsecured private email server.

END_OF_DOCUMENT_TOKEN_TO_BE_REPLACED

The game is over for James Comey before it has barely begun. The DOJ/FBI should be be ashamed of themselves for allowing the “low life” ego-maniac James Comey to a part of their once fine organization.

Ya gotta ask yourself, where, in Gods name did the DOJ/FBI get characters and losers like James Comey from?