On June 9 Breitbart News reported Ivey’s earlier comments, wherein he urged citizens to get a gun, get mentally prepared, and let terrorists scratch and claw to defend their own lives for a change.

No matter who you are or what your position is on guns, there is no denying the fact that the only thing that stops a bad guy with a gun–or a knife–is an armed and well-prepared citizen or law enforcement officer. There is no doubt that as soon as 911 is called law enforcement is on the way, however, until they arrive it is up to you and those with you to neutralize or eliminate the threat.

During a June 12 appearance on Fox & Friends, Ivey reiterated his message, stressing that police response to a 911 call is minutes for “the best law enforcement agencies” but “a violent criminal can take your life in a second.” He added, “So we need our citizens to be well prepared, to have already though out their emergency plan. If they’re concealed carry holders, carry their gun with them. It’s not doing any good at the house or in the car.”

Ivey stressed that “there is no way to predict where the next attack is coming from or even the next active shooter, so we want out citizens to be prepared to be the first line of defense.”

He stressed that terrorists are not prepared to be attacked “and when somebody turns it on them, their plan falls to pieces.” 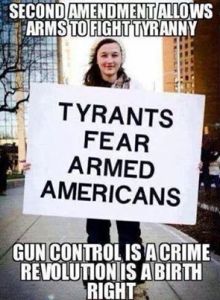 The Federal Appeals Court in San Francisco ignored the Constitution and ruled that no one has the right to carry a concealed weapon without “good cause”. Self-defense is not “good cause” they found. This should make clear how all Second Amendment decisions will go if we lose the Supreme Court.

“We hold that the Second Amendment does not preserve or protect a right of a member of the general public to carry concealed firearms in public,” Judge William Fletcher wrote in the majority opinion.

This is clearly judicial activism. They are rewriting the Constitution.

END_OF_DOCUMENT_TOKEN_TO_BE_REPLACED 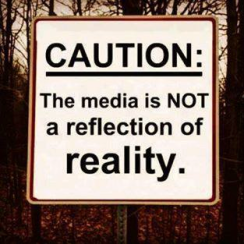 I agree, too soon to be definitive evidence in this case, but certainly consistent with what has happened elsewhere.

In July of 2013, Illinois became the last state in the union to enact a concealed carry law. In January of this year, the state began accepting applications for permits. This week, Chicago police announced that the city’s first quarter murder rate was the lowest since 1958.

Via ABC-affiliate Eye Witness News in the Windy City:

There were 90 fewer shootings and 119 fewer shooting victims, drops of 26 and 29 percent respectively, according to police statistics.

Compared to the first quarter of 2012, there have been 222 fewer shootings and 292 fewer shooting victims. Overall crime is down 25 percent from last year, and police said more than 1,300 illegal guns were recovered in the last three months.

Coincidence? Hard to say. And too early to tell. Although, I doubt that the anti-gun crowd is celebrating the good news.

It’s a simple but earnest request: allow us to carry firearms for self-defense. That’s all the University of Kentucky Students for Concealed Carry would like, an opportunity to exercise their Constitutional right to keep and bear arms while on campus.

“Our basic goal is to get legislation passed through the state legislature to prevent public universities from telling students with concealed permits that they cannot carry weapons on campus,” the group’s director, 22-year-old Taylor Waide, said. “Our goal is to get attention and to get our mission out.”

On Tuesday, in an effort to build awareness about their cause, the group held a mini-demonstration outside a campus Starbucks. While there, they passed out fliers and educated their peers about the importance of being prepared to protect oneself in life-threatening situations.

Little by little they hope to win over hearts and minds until eventually the reach a critical mass to precipitate reform.