The Obama administration pursued a policy in Libya back in 2011 that ultimately allowed guns to walk into the hands of jihadists linked to the Islamic State (ISIS/ISIL) and al-Qaeda (AQ) in Syria, according to a former CIA officer who co-authored a report on behalf of the Citizen’s Commission on Benghazi (CCB), detailing the gun running scheme.

The Citizens Commission on Benghazi revealed last year that Qaddafi was willing to step down peacefully and was in negotiations with the U.S. Government, but those negotiations ceased. AIM’s Roger Aronoff quotes their findings, [in Gulag Bound], “Despite the willingness of both AFRICOM Commander Gen. Carter Ham and Muammar Qaddafi to pursue the possibility of truce talks, permission was not given to Gen. Ham from his chain of command in the Pentagon and the window of opportunity closed.”

The Washington Times has revealed that Hillary Clinton stepped in to quash the discussions. She would have never done this without Obama’s express permission. Now why, I ask you, would two diehard liberals dedicated to “world peace” for their entire lives miss a perfect opportunity to avoid a civil war? Was it a blood lust desire to see Qaddafi murdered by revolutionaries as payback for Pan Am 103? Nothing of the sort. Obama has shown himself more than willing to shed American blood when it serves no useful purpose. If America has something to gain, only then will he back off.

Believe it or not, Qaddafi had become somewhat of an ally in the war on terror. Why would this nothing of a president want to lose that small foreign policy advantage? When the so-called “Arab Spring” began in 2011, I said that “we are witnessing the collapse of the Middle East.” Events since have proven that exactly correct. All this instability set the stage for the ascendancy of the Muslim Brotherhood, a terrorist organization that is now part and parcel of the Obama administration. Obama wants to implode the Middle East in order to set the stage for the destruction of Israel, our last remaining ally.

Rep. Gowdy or some other congressman needs to conjure the courage to call Obama out. He is engaged in a deadly betrayal of our country and people. This is high treason and these people are monsters.

Hillary Clinton is not going to last as a presidential candidate no matter how many shock and awe campaign funds she has stockpiled.

Bombshell recordings released by The Washington Times show the frustration of top Pentagon officials over Clinton’s involvement in ousting Muammar Gaddafi. The officials – U.S. Generals – were so frustrated at the time that they opened up their own secret talks with Gaddafi’s son Seif.

As an aside, these aren’t the first damning tapes. The shocking tapes of her handling of a 12-year old rape victim reveal her character. One can be heard here.

Two new stories from The Washington Times expose some of the infighting among government agencies and branches of government on this controversial decision, and highlight the key role that Clinton played in initiating the war.

END_OF_DOCUMENT_TOKEN_TO_BE_REPLACED

The interim report from the Citizens Commission on Benghazi contains findings that do not look good for President Barack Obama or then-Secretary of State Hillary Clinton.

According to the report, Obama and Clinton “changed sides on the war on terror” in 2011 by actively working to arm Al Qaeda terrorists fighting against the regime of Moammar Gadhafi, making U.S. Ambassador Christopher Stevens essentially an illegal arms dealer. 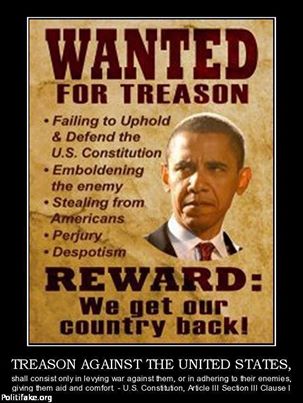 The operation would have been illegal because Congress had not authorized it and because it offered material support to a designated Foreign Terrorist Organization, which is why President Obama and his administration have been so anxious to keep the truth under wraps.

END_OF_DOCUMENT_TOKEN_TO_BE_REPLACED

The report released last Friday on the September 2012 terrorist attacks in Benghazi, Libya by the House Permanent Select Committee on Intelligence has once again brought to the surface this story that will not go away. Not, certainly, until those responsible are held accountable, and a truthful and accurate version of events and motivations in the months and days leading up to this tragic chapter in American history has been established.

The media embraced the report as bipartisan vindication of what the Obama administration has argued: Namely that yes, mistakes were made, we did everything we could to protect our people, and have put into place remedies, and changes in policies, so that nothing like this happens again. But the evidence and the testimony say otherwise.

END_OF_DOCUMENT_TOKEN_TO_BE_REPLACED

The Citizens Commission on Benghazi, a self-selected group of former top military officers, CIA insiders and think-tankers, declared Tuesday in Washington that a seven-month review of the deadly 2012 terrorist attack has determined that it could have been prevented – if the U.S. hadn´t been helping to arm al-Qaeda militias throughout Libya a year earlier. ´The United States switched sides in the war on terror with what we did in Libya, knowingly facilitating the provision of weapons to known al-Qaeda militias and figures,´ Clare Lopez, a member of the commission and a former CIA officer, told MailOnline. She blamed the Obama administration

Washington, D.C. – The   nationwide press watchdog group Accuracy in Media (AIM), along with  some of the  country’s top retired military officers, intelligence  agents and  national security experts, have launched a new  project aimed at  resolving unanswered questions about last year’s attack on the  American  Diplomatic Mission in Benghazi.

Current members of the  group, Citizens’ Commission on Benghazi, include the  following:

“I am humbled and honored that these distinguished  military and national security heroes have decided to join with AIM  to set the record straight,” said Roger Aronoff, the  Editor of AIM.

The Citizens’ Commission on Benghazi will officially  launch its operations by holding a conference on Monday, September  16th from  10:00 am to 6:00 pm at the Heritage Foundation’s  Allison Auditorium in  Washington, D.C. The public and the press are invited to  attend the  first session, which includes lunch, from 10:00 am to 2:30 pm, while  the  second session will be an off-the-record event, held behind closed  doors  from 3:00 pm to 6:00 pm.

“I  regard this conference as the launch pad for our fact-finding mission   where truth will finally begin to replace the tired misinformation  peddled by  the administration and the media for nearly a year, which has  seriously  compromised the truth about Benghazi,” said  Aronoff,  adding that the typical Washington sideshow of rewarding  failure has also been  on display more than once during the year.

“When  Secretary of State John Kerry announced recently that four State   Department officials who had been suspended over Benghazi, were now  cleared to  return to work, it made me realize once again that no one has  been held  accountable for the disaster in Benghazi,” Aronoff said. “The  idea that the  buck stopped with those four was absurd to begin with.”

There is no charge to attend this event, but since there is limited seating,  attendees  should register online here or contact Nathan Makla at Nathan.Makla@aim.org.

To interview Roger Aronoff, or to request an interview with one of the  other  Commissioners, contact Nathan Makla at Nathan.Makla@aim.org.

Accuracy  in Media is a non-profit citizens’ media watchdog organization  whose  mission is to promote fairness, balance and accuracy in news  reporting.   For more information, go to aim.org.