END_OF_DOCUMENT_TOKEN_TO_BE_REPLACED

On Tuesday, January 25, 2011 our usurper president, Barack Hussein (Soetoro) Obama, son of a foreign national father and an under age American mother, gave a State of the Union (SOTU) address to the country.

It was more notable for the fact that he began to try to appear as though he was once again looking to provide some “CHANGE that you can believe in” as he did on the campaign trail in 2008.  The catch this time is that the CHANGE was now projected to appear that he would be moving away from the CHANGE  that he wanted to bring in 2008.

END_OF_DOCUMENT_TOKEN_TO_BE_REPLACED

Since Obama came into office, Truth has become the New Hate. Everyone who disagrees with him is a racist, and if you are in favor of the Tea Parties then you are probably on the list of being a domestic terrorist. How’s that for Change?  I think it sucks, but that’s just my opinion.          1 Dragon

A major debate is under way. Is President O more like James Earl Carter or William Jefferson Clinton? Matt Labash’s favorite subject, Roger Stone, makes a picture-perfect case for the former. Greta V.S.’s most valuable guest, Byron York, captures O’s resemblance to the latter. Where do the Solomons of Enemy Central come down? Naturally, on both sides, though in so doing tipping the advantage to Clinton, our founding father of triangulation, forever adopting two ways in order to get away with a third.

So what’s O’s angle? He was for the Mosque before he was against it by being for it. For once there is more hope here than chump change. Until recently, the concern was that should our ruling president’s confreres lose control of the Congress come November, he won’t have the smarts and dexterity of his nineties predecessor to triangulate himself out of the electoral disaster his first two years have wrought. It’s good to know might.

END_OF_DOCUMENT_TOKEN_TO_BE_REPLACED

In 2008, the Democratic Party hoped that Americans were insecure enough and unhappy enough with the way things were in Washington D.C., that they would buy the “Change” brand, sight unseen. But it’s 2010 and the American People are quickly waking up to the real price of change.

The American People had thought that “Change” meant responsible management and a wake up call to the establishment.  Instead, it proved to be the ad slogan that greedy and partisan Democrats used to fool the public long enough to claw their way and start spending money like drunken sailors. This alone might have been bad enough, though the public has become all too used to congressmen and presidents treating the US Treasury as if it was play money. But ObamaCare was one straw too many, because it was not just another decimal in the national debt anymore, it was a burden placed directly on the taxpayer, it was a tax added directly to household income, it was an attack on the health care system designed to benefit the people who voted for Obama because they thought he would pay their bills for them.

The “Trust” is gone now and the “Change” brand means something else than it used to. Today, Change means getting the Democrats out of D.C. And while the Democratic plan is still to run as the Candidates of Change, they are the candidates that the average voter wants to change. The Democrats have lost crossover Republicans. They’ve lost Independent voters. And they’ve lost a lot of Conservative Democrats too. The Change brand is gone. All that’s left is Hope, the hope that the shrinking number of their supporters will even bother to turn out in favor of the incumbents.

America Truly is the Greatest Country in the World. Don’t Let Freedom Slip Away

What I am about to tell you is something you’ve probably never heard or will ever read in history books.

I believe that I am an eyewitness to history. I cannot tell you that Hitler took Austria by tanks and guns; it would distort history. We elected him by a landslide – 98% of the vote. I’ve never read that in any American publications. Everyone thinks that Hitler just rolled in with his tanks and took Austria by force.

In 1938, Austria was in deep Depression. Nearly one-third of our workforce was unemployed. We had 25% inflation and 25% bank loan interest rates. Farmers and business people were declaring bankruptcy daily. Young people were going from house to house begging for food. Not that they didn’t want to work; there simply weren’t any jobs. My mother was a Christian woman and believed in helping people in need.. Every day we cooked a big kettle of soup and baked bread to feed those poor, hungry people – about 30 daily. 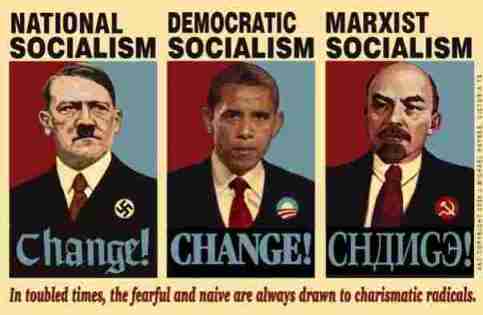