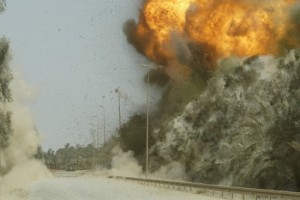 “Six Taliban insurgents were busy in planting a mine on a road in Sangin district of Helmand province Sunday but their explosive device detonated prematurely, killing all rebels on the spot,” a statement issued by Helmand provincial government here said.

Taliban militants who largely rely on roadside bombing and suicide attacks have yet to make comment.