In 1977 country singer Johnny Paycheck popularized a song entitled “Take this job and shove it.”

The rest of the lyrics can be found here

Yesterday Donald Trump likened the treatment being inflicted on him by the House Democrat Secret Police as a “lynching.”

It was met with much derision- “fury” even.

“That is one word that no president ought to apply to himself,” the South Carolina representative James Clyburn, the House majority whip, said on CNN. “I’m not just a politician … I’m a product of the south. I know the history of that word.”

The California representative Karen Bass, chairwoman of the Congressional Black Caucus, told CNN Trump’s “lynching” tweet was consistent with his pattern of throwing out “racial bombs” to give “red meat” to his base when his back is against the wall.

I am the president’s defender in the sense that I haven’t seen anything yet that would rise, in my opinion, to the level of impeachable offense. …

I wish we could get this over with quickly. … In pushing the process, in pushing the arguments of fairness and due process the Republicans so far have been running a lynch mob.

Then there was Greg Meeks

Democrats are being total hypocrites right now in response to @realDonaldTrump‘s tweet this morning.

Dem. Rep. Gregory Meeks on Bill Clinton’s impeachment in 1998: “What we are doing here is not a prosecution, it is a persecution and indeed it is a political lynching.” 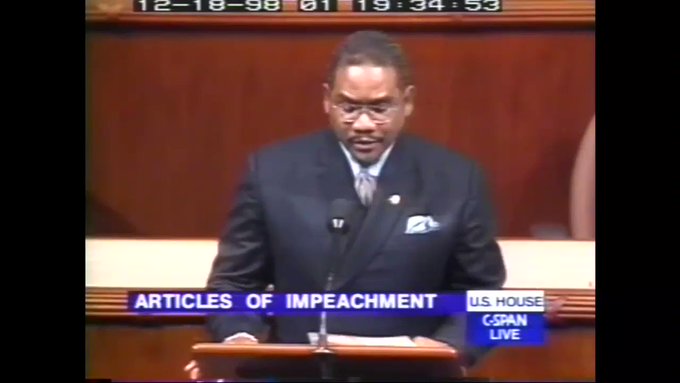 And I can state unequivocally after watching Thursday’s Benghazi House committee hearing and considering the email transcripts, media statements, debates and intense partisan focus on the former secretary of state for the past few years that she has been treated unfairly. Unprofessionally. And frankly, disrespectfully.

I believe that like Justice Clarence Thomas before her, she has been publicly lynched in a way that we Americans only reserve for uppity black men and uppity professional women who don’t know their place. She has been dragged through the media and partisan mud of Capital Hill politics and asked to answer questions that she has already answered. She has been attacked. Accused. And berated by members of Congress who should know better.

How about Harry Reid and John Kerry?

Nadler: “I wish we could get this over with quickly. … In pushing the process, in pushing the arguments of fairness and due process the Republicans so far have been running a lynch mob.” https://www.breitbart.com/politics/2019/10/22/flashback-jerry-nadler-in-1998-accused-republicans-of-running-a-lynch-mob-against-bill-clinton/ …

Nadler in 1998 Accused GOPs of Running ‘Lynch Mob’ Against Clinton

Democrats are outraged about Trump comparing impeachment to lynching, but Nadler in 1998 accused Republicans of “running a lynch mob.” 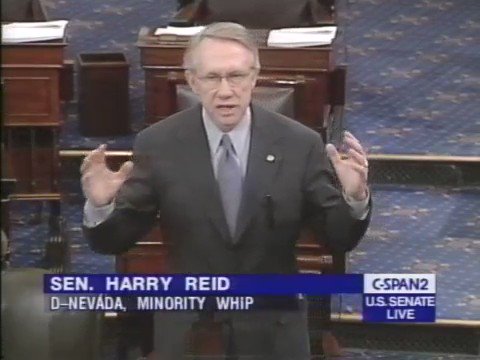 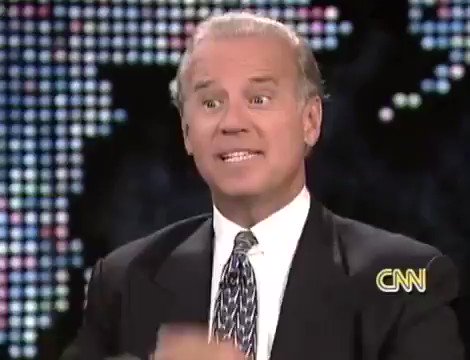 Impeachment is not “lynching,” it is part of our Constitution. Our country has a dark, shameful history with lynching, and to even think about making this comparison is abhorrent. It’s despicable. https://twitter.com/realDonaldTrump/status/1186611272231636992 …

Lynching is a premeditated extrajudicial killing by a group. It is most often used to characterize informal public executions by a mob in order to punish an alleged transgressor, convicted transgressor, or to intimidate a group. It can also be an extreme form of informal group social control, and it is often conducted with the display of a public spectacle (often in the form of hanging) for maximum intimidation.[1] Instances of lynchings and similar mob violence can be found in every society.[2][3][4]

And there is this little tidbit

Tuskegee Institute records of lynchings between the years 1880 and 1951 show 3,437 African-American victims, as well as 1,293 white victims.

Take your lynching outrage and shove it

I ain’t puttin’ up with it no more

3 thoughts on “Take your lynching outrage and shove it”