The quintessential example of “Chutzpah” is the young man who kills both of his parents and then pleads for mercy arguing that he is an orphan.

The Democrats have succeeded in providing an even more egregious example of demonstrating chutzpah by betraying their oaths of office and betraying their constituents and, indeed, all Americans.

The official report, 9/11 and  Terrorist Travel begins with the following paragraph:

The Democrats continue to refuse to provide the funding for DHS to address the border crisis that exists along the dangerous and highly porous U.S./Mexican border while complaining about the conditions in which illegal aliens, particularly alien children, are being housed in detention facilities that were never designed to handle the number of aliens currently being housed within their over-crowded confines.

While the Democrats balk at the funding of a border wall that would deter the massive tsunami of unprecedented levels of illegal immigration and drug smuggling, their “leaders” are happy to spend huge sums of tax-payer provided cash on caring for illegal aliens who should not be here in the first place!

Of course I would be remiss if I fail to point out that the money for the border wall and other immigration law enforcement efforts was not provided by the Republicans when they controlled the House of Representatives, either.

Here is how that report began:

The House approved a $4.5 billion supplemental spending bill on Tuesday night to address humanitarian issues at the U.S.-Mexico border and to provide additional funding for food, water, medical services and stronger protections for unaccompanied children, among other things — setting up a showdown between the Democrat-led House and the Republican-led Senate.

The House bill, which passed 230-195, included specifics that would prevent the Trump administration from allowing any funding to go toward beefing up Immigration and Customs Enforcement (ICE) personnel at the border, likely to become a point of contention with Republicans.

Alexandria Ocasio-Cortez has outrageously and disgustingly compared immigration detention facilities with “Concentration Camps.”  In one fell swoop she managed to trivialize the Holocaust, stopping just short of denying that it even happened and comparing valiant immigration law enforcement officers with the Gestapo of Third Reich notoriety.

She coopted the expression “Never again” that is the rallying cry to make certain that a Holocaust is never again permitted to occur, and has now voted against the spending bill that would fund any ICE- related functions, calling for the total dismantling of ICE, a sentiment echoed by many of her Democrat “fellow travelers.”

That she could make such outrageous remarks difficult enough to accept, but that Pelosi and Nadler, Chairman of the House Judiciary Committee and a Jew, have refused to call her out but actually ran to her defense is beyond any comprehension!

As an American, as a Jew and as a retired INS Agent I am triply infuriated by Ocasio-Cortez’s statements.

To provide a bit of clarity:

The Third Reich used its soldiers to round up citizens of the countries where the concentration camps existed.  They were deemed “undesirable.”  These troops would pull their victims, men, women and children out of their homes at gun point and transport them to the Nazi concentration camps that are also appropriately referred to as “Death Camps.” The victims of the Holocaust who were held in the concentration camps were turned into slaves to build the Nazi war machine and, when through overwork and starvation became ill and unable to work, were slaughtered.

Other victims of the Holocaust were used as the subject of barbaric and horrific medical experimentation.

Many concentration camps had crematoria that operated constantly to incinerate the remains of the inmates, most often Jews.

Although the mainstream media has been quick to refer to the illegal aliens being held in immigration detention centers as “migrants” and “immigrants” and “asylum seekers,” they blithely ignore that these individuals are aliens who are illegally present in the Untied States.

Some “Migrant Workers” who toil on American farms are actually United States citizens.  The term migrant refers to workers who travel from job to job irrespective of immigration status.

Immigration detention centers exist solely to prevent illegal aliens from being able to gain access to our nation.  These aliens are held to protect national security, public safety, public health and the wellbeing of America and Americans.

Many of these hundreds of thousands of illegal aliens are not criminals but should be thought of as economic refugees who will flood America with cheap exploitable labor, thereby displacing American and lawful immigrant workers.  Many will seek health care and various costly benefits and education for their children further burdening our public school systems that already lack the resources to provide quality education for hapless American and lawful immigration children.

Some may suffer from dangerous communicable diseases threatening public health.  And finally some may well be aliens with criminal histories and/or affiliation with violent gangs and narcotics trafficking organizations.  Finally, some may be involved with terrorism and may be “sleeper agents” seeking the opportunity to embed themselves in the United States until called upon to carry out a deadly attack or are tasked with a preparatory assignment to scope our locations, seek to recruit others or commit crimes to fund terrorism.  This is not conjecture by are issues that were raised during a series of congressional hearings conducted even before the terror attacks of 9/11.

Yet funding has never been provided to effectively enforce our nation’s immigration laws.

Having raised the nexus between failures of the immigration system and terrorism at the beginning of my commentary, it is important to note that on June 25, 2019 Fox News reported, “Sept. 11 first responders call sit-down with McConnell ‘one of the best meetings we’ve had.’”

Here is how the report ended:

The House Judiciary Committee passed a reauthorization bill for the 9/11 Victims’ Compensation Fund on Wednesday, where it will now move to the full House and is expected to pass with bipartisan support.

Advocates have rallied to keep the bill alive until 2090, the expected lifespan of first responders who developed illnesses from inhaling toxic fumes during recovery efforts and while clearing rubble at the World Trade Center, the Pentagon and Shanksville, Pa. following the terrorist attacks in 2001.

More than 2,000 firefighters, police officers, federal agents and other first responders have died from 9/11-related diseases and that number is expected to climb over time, according to the Centers for Disease Control and Prevention’s World Trade Center Health Program.

Critics have opposed making the bill open-ended, while advocates have cited the terminal illnesses that many first responders continue to face. More than 40,000 people have applied to the fund and over $5 billion in benefits have been awarded out of the $7.4 billion fund with about 21,000 claims still pending.

The slogan “Never forget” that implores and exhorts us and our leaders to make certain that America is kept safe from future terror attacks, is being completely ignored by politicians who refuse to fund meaningful immigration law enforcement.

These politicians are willfully undermining national security and public safety. 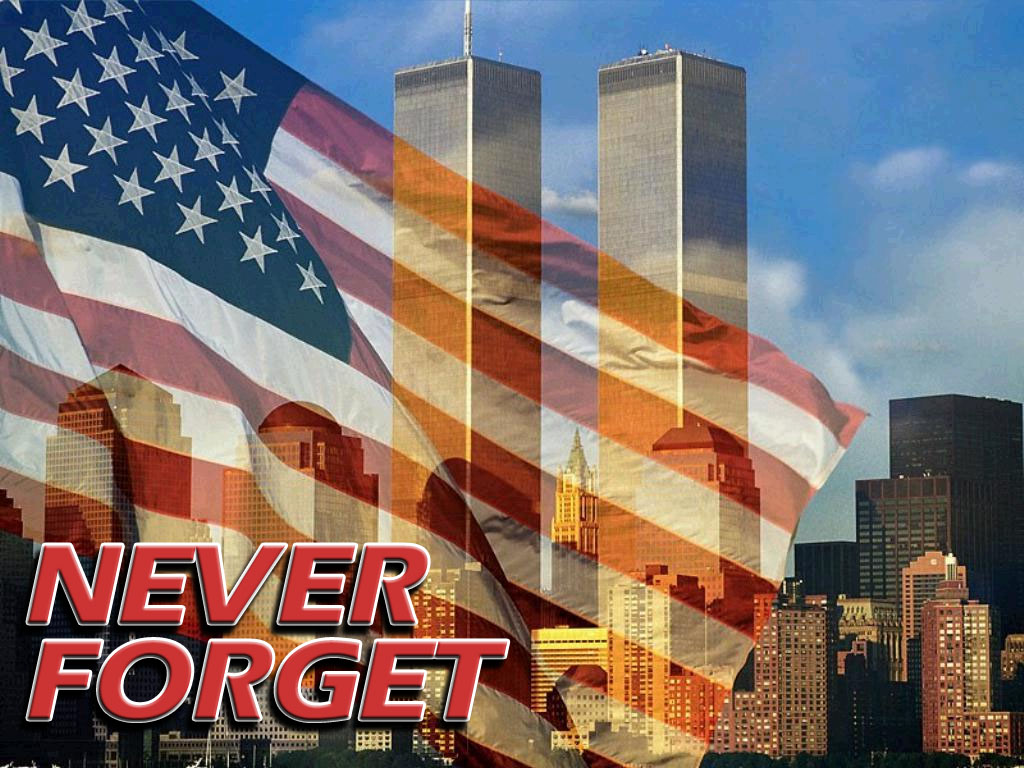