Our addle-brained Speaker  of the House feels the same way. Mind you, these are illegals who already have violated US law and have deportation orders.

“When I saw that the president was going to have these raids, it was so appalling, it’s outside the circle of civilized human behavior to just be kicking down doors, splitting up families, and the rest of that, in addition to injustices that are happening at the border, we have legislation to go forward to address those needs. But in terms of interior enforce, what is the purpose? What is the point?” Pelosi said.

90% of “asylum seekers” do not show for their hearings.

The acting Homeland Security secretary gave lawmakers a glimpse Tuesday into just how many asylum seekers skip their hearings after being released into the United States — telling a Senate panel that a recent program found 90 percent miss their court dates.

“It depends on demographic, the court, but we see too many cases where people are not showing up,” he said, telling Graham that DHS recently conducted a pilot program with family units.

“Correct, that is a recent sample from families crossing the border,” McAleenan clarified.

That’s because they don’t qualify:

McAleenan told lawmakers they also suffer due to “misaligned” asylum standards, meaning many of those who demonstrate “credible fear” of returning home — the initial bar for claiming asylum — are later judged not to have a valid asylum claim.

Why should we not deport those who have no respect for our laws?

Sen. Tom Cotton asks a great question: If you can’t deport an illegal alien who has a valid and final order for removal that’s adjudicated by an immigration judge, who can you deport?

WALLACE: President Trump has also delayed a round-up that was supposed to begin today of migrant families that have already been given their deportation orders. [Trump] says he’s giving Congress two weeks to work out, to reform the asylum system, otherwise, he’ll impose the round-up. I don’t have to tell you, you have a little bit of a look on your face. The likelihood … you talk about healthy skepticism, Congress isn’t going to reform the asylum system in two weeks, sir. [Emphasis added]

COTTON: So Chris I was just going to say healthy skepticism is warranted when you’re dealing with Democrats on immigration. Let’s just think about the Democrats’ position here Chris. These are people who have claimed asylum in our country, they’ve had their day in court, they’ve had their claims rejected and now they face a valid and final order of removal. If we can’t deport people like that, who can we deport? That’s why the Democrats’ position ultimately comes back to, in essence, open borders. [Emphasis added]

WALLACE: So what do you think of the president’s decision to hold off on the round-up of these people who should be deported? [Emphasis added]

COTTON: Two weeks for a couple of thousand families is not going to make a big difference. And if we could get a … genuine law passed through Congress that would address the asylum reforms that we need to stop the crisis at the border, that would be a good thing.

But, again, I go back to this point: If you can’t deport an illegal alien who has a valid and final order for removal that’s adjudicated by an immigration judge, who can you deport? [Emphasis added]

The constant efforts by democrats to tear asunder the fabric of the nation is appalling. Their insistence on rewarding bad behavior is sickening. Why the f**k do any of us have to obey laws if damned illegal alien criminals are not obliged to obey the law?

With all due respect, f**k you Bernie and f**k you, Nancy. 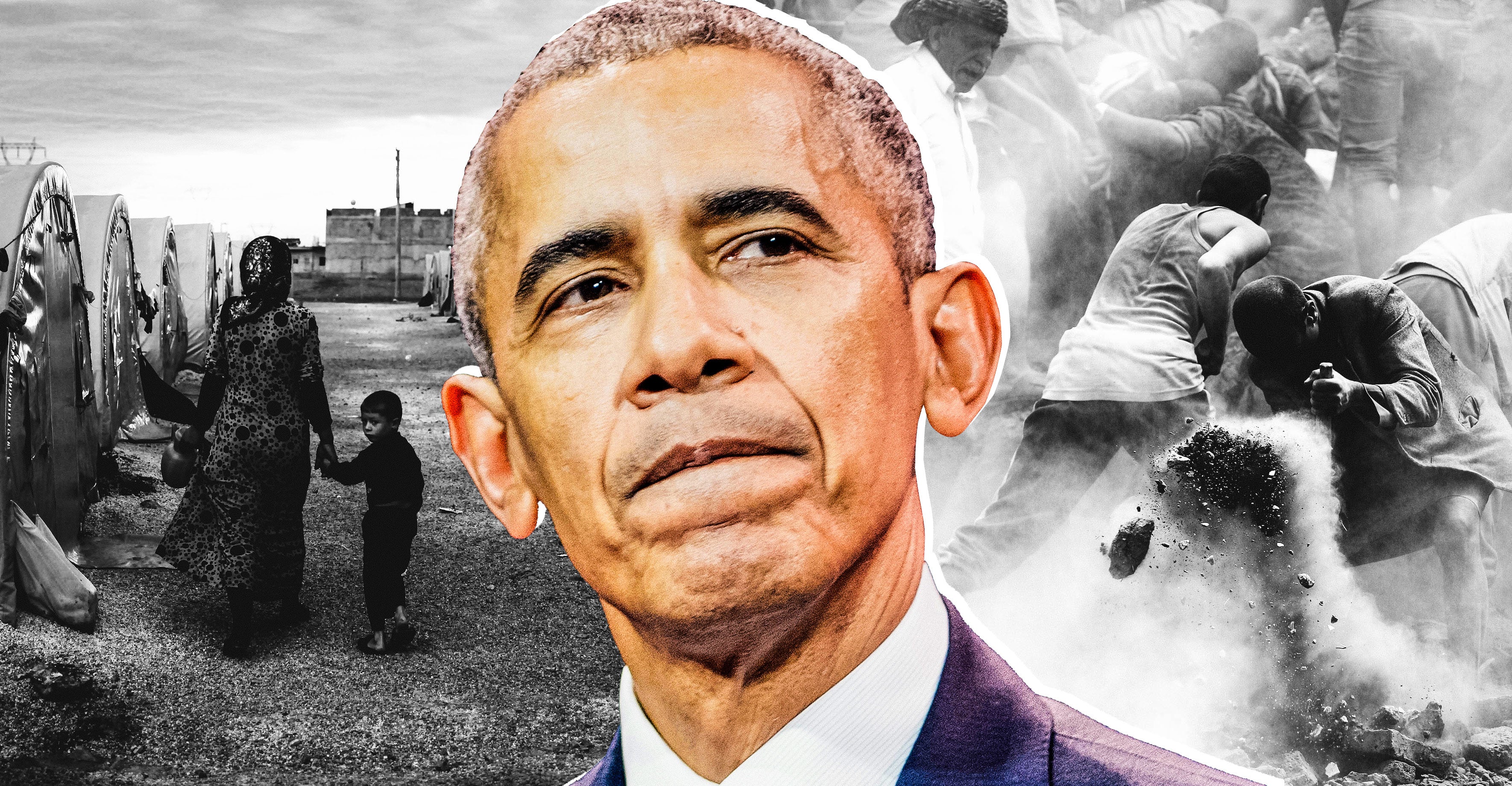 Four ISIS terrorists planning to enter the United States through Mexico have been captured by the Nicaraguan military in a remote area where the men entered the Central American nation illegally from Costa Rica. Nicaraguan authorities identify the men as two Egyptian nationals—33-year old Mohamed Ibrahim and 26-year-old Mahmoud Samy Eissa—and two Iraqis, 41-year-old Ahmed Ghanim Mohamed Al Jubury and 29-year-old Mustafa Ali Mohamed Yaoob. The men arrived in Panama on May 12 and in Costa Rica on June 9, according to an article published in Nicaragua’s largest newspaper.

It appears they had legal permission to enter Costa Rica, which is why Nicaragua deported them back there. Costa Rica’s national security chief, Michael Soto, confirmed the men entered the country legally and were approved by his country’s immigration control officials “with no problem.” Soto also revealed that “confidential information from an unknown source” later alerted Costa Rican officials of the men’s “criminal” ties. Various Mexican media outlets also reported that authorities there were warned that three—instead of four—ISIS operatives were making their way to the United States through Mexico via Central America. Mexico’s largest newspaper covered a press conference in which President Andrés Manuel López Obrador confirmed receiving an alert from the United States about the ISIS terrorists’ plan to enter Mexican territory to reach the American border.

Not surprisingly, the mainstream media has essentially ignored this disturbing story which is simply the latest of many involving Islamic terrorists and the southwest border. Judicial Watch has for years uncovered evidence of Islamic terrorists infiltrating the U.S. through Mexico as part of an ongoing investigation into the national security crisis created by the dangerously porous southern border. Judicial Watch has interviewed local, state and federal law enforcement officials as well as U.S. and Mexican military sources and has traveled to remote Mexican border towns to interview American ranchers. When the Central American caravan got started last fall, Judicial Watch deployed an investigative team to the Guatemala-Honduras border after Guatemalan President Jimmy Morales confirmed that nearly 100 ISIS terrorists had been apprehended in the impoverished Central American nation.

Judicial Watch’s reporting has confirmed that ISIS has a training cell just a few miles from El Paso, Texas in an area known as “Anapra” situated just west of Ciudad Juárez in the Mexican state of Chihuahua. We also verified that Mexican drug cartels are smuggling foreigners from countries with terrorist links to stash areas in a rural Texas town (Acala) near El Paso. Back in 2014 Judicial Watch reported that four ISIS soldiers, who entered the U.S. through the Mexican border, were arrested in McAllen and Pharr Texas. Two years ago, Judicial Watch exposed a plot involving Mexican drug traffickers that help Islamic terrorists stationed in Mexico cross into the U.S. to explore targets for future attacks. Among the jihadists that travel back and forth through the porous southern border is a Kuwaiti named Shaykh Mahmood Omar Khabir, an ISIS operative who lives in the Mexican state of Chihuahua not far from El Paso. Khabir trained hundreds of Al Qaeda fighters in Pakistan, Afghanistan and Yemen and at the time lived in Mexico for more than a year, according to information provided to Judicial Watch by high-ranking Homeland Security officials. Khabir trains thousands of men—mostly Syrians and Yemenis—to fight in an ISIS base situated in the Mexico-U.S. border region near Ciudad Juárez, the intelligence gathered by Judicial Watch’s sources reveals.

Just a few weeks ago a captured ISIS fighter provided alarming details of a plot in which jihadists enter the country through the southern border to carry out an attack. The terrorists begin their journey in Central America (like the four recently captured in Nicaragua) and exploit vulnerabilities in the Mexican border to reach the U.S., according to Abu Henricki, an ISIS soldier captured by the Syrian Democratic Forces in Rojava, Syria. Henricki and 160 of his fellow terrorists were interviewed at length by a research group called the International Center for the Study of Violent Extremism. The nonpartisan organization published its findings recently in an alarming report that includes a video of the interview with the captured terrorist, who is Canadian and has dual Trinidadian citizenship

“They were going to move me to the Mexican side [of the U.S. southern border] via Puerto Rico,” Henricki says about the ISIS plot. “This was mastermind[ed] by a guy in America. Where he is, I do not know. That information, the plan came from someone from the New Jersey state from America. I was going to take a boat [from Puerto Rico] into Mexico. He was going to smuggle me in,” Henricki explains. “I don’t know where I’d end up.” In the report, the researchers reveal that the ISIS fighters were to travel from Syria to penetrate the U.S. southern order by infiltrating migration routes. “Whatever one thinks of President Donald Trump’s heightened rhetoric about the U.S.- Mexico border and his many claims that it is vulnerable to terrorists, ISIS apparently also thought so, as knowledge of this ISIS plot came from the mouth of a now-repentant ISIS cadre,” the report states.