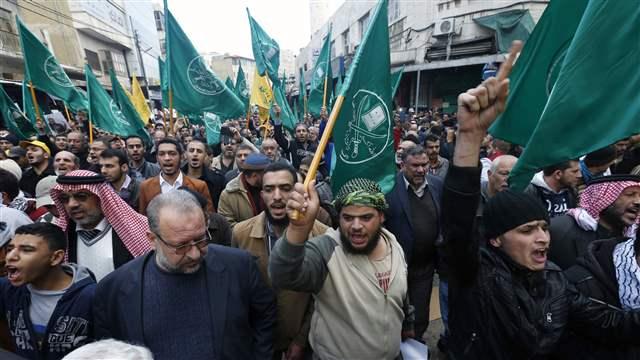 Religious leaders and thinkers frequently portray themselves as being beyond politics, with obligations only to the truth as they see it.  Often, Western media figures eagerly accept this narrative when it suits them, particularly when the religious figure in question makes a convenient rebuttal to political views those media figures dislike.  Such is the case with Tariq Ramadan, the Swiss-born Muslim thinker and Oxford academic, who was widely held up as an influential religious moderate before his 2017 arrest for rape.

Perhaps it is this image of sage disinterestedness that makes it all the more shocking when a prominent religious voice is found to be on someone’s payroll.  But with Ramadan, it should come as less of a surprise.  The grandson of Hassan al-Banna, founder of the Muslim Brotherhood, Ramadan has long been accused of a pro-Brotherhood agenda by researchers and anti-Brotherhood activists.  Now new research has revealed that Ramadan was being lavishly funded by Qatar, the Brotherhood’s chief patron.  Qatar’s powerful state-development organization, the Qatar Foundation, was paying Ramadan for “consulting” to the tune of 35,000 euros a month.

The latest scandal implicating the Islamist ideologue was revealed by a new book, Qatar Papers, by French investigative journalists Georges Malbrunot and Christian Chesnot.  Based on extensive bank records the authors received on a USB stick from a whistleblower, the book revealed that Ramadan was on the payroll of the Qatari regime for years.  Qatari money would fund his purchase of two swanky apartments in Paris, among other things.

Ramadan’s ties to Qatar are extensive: he was visiting professor at the Hamad Bin Khalifa University in Doha and director of the Qatar Foundation–backed Research Centre for Islamic Legislation and Ethics (CILE) in Doha, Qatar.  He was also president of the pro-Qatari think-tank the European Muslim Network (EMN) in Brussels.  Furthermore, Ramadan was a member of the Qatari-funded and Muslim Brotherhood–run International Union of Muslim Scholars, which until recently was headed by the Muslim Brotherhood’s “spiritual leader,” Yusuf al-Qaradawi.

Qatar continued to back Ramadan even after the first series of allegations were made against him, starting in October 2017.  (More accusers have emerged on a regular basis since then.)  Ramadan’s Islamist defenders indignantly pointed to his many videos about the importance of sexual modesty and morals and claimed that he was being falsely persecuted out of “Islamophobia.”  But in February 2018, Ramadan was formally charged with rape by French officials, at which point Qatar loudly declared him persona non grata.  His public relationship with the Qatar Foundation ended at this point, yet he subsequently received 19,000 Euros from the Qatari-funded Swiss Muslim League to help with his defense.  (The Swiss Muslim League is operated by two Muslim Brotherhood members, Naceur Ghomrachi and Mansour Ben Yahya.)

END_OF_DOCUMENT_TOKEN_TO_BE_REPLACED

For as long as Donald Trump remains president, Democrats will not stop trying to remove him from office. They will never admit defeat and will never cease trying to undermine the president at every step.

And, because of this, a new precedent has been set in the political arena. We said early on in Trump’s presidency, that everyone will eventually be forced to pick a side. Neutral bystanders will no longer be allowed to exist. Partisanship will be forced upon all the citizenry.

Shortly after Trump was elected, the attacks on him started to ramp up. So nakedly egregious is the injustice of the left that people who were not previously Trump supporters are beginning to come to his defense.

At first, many conservatives defended Trump regarding policy alone, but now, it’s just full-throated defense of a president who deserves none of the slings and arrows being hurled his way. The attacks are so virulent that they now threaten our republic. The attacks against Trump are no longer just directed at him, but at the very office itself.