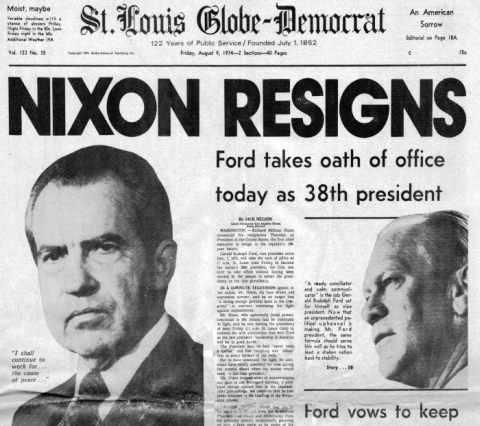 For most of my lifetime, “Watergate” has been used as the measuring stick for political corruption. What exactly was the Watergate scandal?

On June 17, 1972, five men were arrested for burglarizing the headquarters of the Democratic National Committee at the Watergate office complex in Washington, D. C. It was never alleged that President Richard M. Nixon knew about the burglary prior to the attempt, but that he tried to use the power of the presidency to obstruct justice in order to protect members of his administration and his reelection committee from facing criminal charges. Ultimately, Nixon was forced to resign in order to avoid congressional impeachment and a trial in the Senate.

The great irony is that Nixon was going to crush McGovern in the general election without any illegal help. Nothing that could have been stolen from the Democrats could have helped the Republican Party win any bigger in 1972 — Nixon claimed 520 electoral votes and carried 49 states. The break-in was stupid and unnecessary.