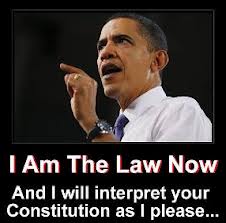 George Clooney is calling for a boycott of Brunei-owned luxury hotels because that nation has an anti-gay death penalty. Did I miss all the protests against Iran for having similar laws? Nope, Hollywood, almost all the media and other Democrats actively supported Barack Obama when he and his administration gave Iran hundreds of billions while they continually pledge death to America.

Why aren’t Clooney and other Democrats supporting Trump for his boycotts and sanctions of Iran instead of condemning him for pulling out if they are so concerned about LBGT rights?

Homosexuality is against the law in the Islamic Republic of Iran. Sharia, the Islamic legal system, condemns homosexuality as a crime worthy of death. The Iranian criminal threatens gay individuals with lashes and the death penalty. Men always face the death penalty if they were the “passive” partner in a homosexual act. According to the underlying logic, such men behave like women, making them all the more unnatural.  The “active” partner faces the death penalty under certain conditions, and otherwise receive 100 lashes. Women receive a sentence of 100 lashes in all cases.

If Obama and Democrats cared so much about same sex bathrooms, why didn’t they run it as a campaign issue in 2012 and introduce legislation.

Illegal aliens in custody also died at the same rate during Obama’s eight years as during Trump’s first two years — and there was no outcry or protests. The media did not blame Obama for the deaths.

Therefore, it is obvious that the attacks on Trump are purely political.

FACT CHECK: DID OBAMA SAY THAT ILLEGAL IMMIGRANTS ‘DISRESPECT THE RULE OF LAW’?

“Those who enter our country illegally, and those who employ them, disrespect the rule of law. And because we live in an age where terrorists are challenging our borders, we simply cannot allow people to pour into the United States undetected, undocumented, and unchecked. Americans are right to demand better border security and better enforcement of the immigration laws,” 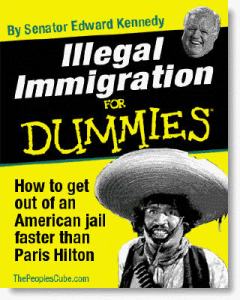 Immigrant deaths under Trump on par with Obama numbers: DHS

The data show no appreciable change in the death of immigrants held by U.S. Immigration and Customs Enforcement, even as Democrats this week were trying to press administration officials on death tolls.

Yes, Obama separated families at the border, too

President Barack Obama separated parents from their children at the border.

Obama prosecuted mothers for coming to the United States illegally. He fast tracked deportations. And yes, he housed unaccompanied children in tent cities.

For much of the country — and President Donald Trump — the prevailing belief is that Obama was the president who went easier on immigrants.

Neither Obama nor Democrats created Trump’s zero-tolerance policy, which calls for every illegal border crosser to be prosecuted and leads to their children being detained in separate facilities before being shipped to a shelter and eventually a sponsor family.

But Obama’s policy helped create the road map of enforcement that Trump has been following — and building on.

The Defense of Marriage Act passed overwhelmingly in 1996 with almost all Democrats supporting it. Obama and Hillary ran in 2008 against same sex marriage. Why weren’t all the Democrats called homophobes by Hollywood and others?

Initially introduced in May 1996, DOMA passed both houses of Congress by large, veto-proof majorities and was signed into law by President Bill Clinton in September 1996. By defining “spouse” and its related terms to signify a heterosexual couple in a recognized marriage, Section 3 codified non-recognition of same-sex marriages for all federal purposes, including insurance benefits for government employees, social security survivors’ benefits, immigration, bankruptcy, and the filing of joint tax returns, as well as excluding same-sex spouses from the scope of laws protecting families of federal officers (18 U. S. C. §115), laws evaluating financial aid eligibility, and federal ethics laws applicable to opposite-sex spouses.

The Civil War statues were up for over 150 years so why did the protests and violence wait for Trump? The media and other Democrats know that when Trump said there were good people on both sides of the issue he was talking about the statues and not praising white Supremacists, Nazis, or members of Antifa.

Democrats continue to lie about Trump being a racist to gin up racial hate.

George Clooney and many other activists protested loudly about Darfur during Bush’s Presidency so why were there so few protests during Obama’s years since the killings continued?

Thousands of people joined celebrities and lawmakers at a rally Sunday urging the Bush administration and Congress to help end genocide in Sudan’s Darfur region.

The Darfur genocide 15 years on: What has changed?

Jewish World Watch (JWW) came into being as a response to the Darfur genocide.  The Darfuris remain a vital cornerstone of our work. We continue to monitor and support the refugees living in camps in Chad 15 years after fleeing their homes in western Sudan, as well as the internally displaced persons in the Darfur region of Sudan, and the Darfuri returnees.  While Darfur has lost its prominence in the global consciousness, it remains an embodiment of the “never again” mantra, resuscitated every time other conflicts start to tip the scales towards mass atrocities. What many don’t recognize is that the instability in the Darfur region has continued ever since the conflict began in 2003.

I’ve often been asked why I write so much more about Darfur than Congo, since far more people have been killed in Congo. After all, fewer than half a million have probably died in Darfur, compared to 4 million in Congo.

Summary: Democrats do and say whatever is necessary to get their power back.  They will seek to destroy anyone who gets in their way no matter what they say or do. They do not want a president to give the power and purse back to the people. Sometimes they are tough on immigration. Sometimes they don’t care. They will even spy on opponents and seek to destroy them with fake news about Russian collusion.

Today, there is a story out that a whistleblower from the White House is talking about the Trump administration overriding her concerns on security clearances. Where was her concern when Hillary, Obama and so many others were trafficking classified documents on a non-secure computer? My guess is that she, like most bureaucrats, wanted Hillary in the White House no matter how many laws she broke.

One thought on “Where were the protests during Obama’s years?”