“I’m surprised he’s made it this far,” says analyst and activist Gary Richard Arnold about President Trump’s survival in the face of an open coup attempt. A long-time observer of the anti-American conspiracy, he explains what we know about the personal, family and secret society connections of the “insiders” behind the movement to destroy American sovereignty and create a global government. With the coup-plotters against Trump coming out into the open, such as the Andrew McCabe appearance on 60 Minutes, he notes, “The curtain has been drawn back. We need to cure this cancerous treason.” He says the coup plotters “are racing toward the finish line” and hope to incite violence against Trump supporters. Credit: The image is from a communist FARC comic book for kids. 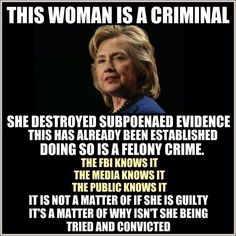 So the news is out that then-FBI Director James Comey did indeed have some credible prosecutors for Hillary Clinton’s mishandling of classified documents during her stint as Secretary of State, passing around some of the U.S. government’s most secret documents on an illegal private account attached to a server in some guy’s bathroom.

“No reasonable prosecutor” would take the case, Comey intoned, who then let the former Secretary of State and then-presidential candidate completely off the hook.

Actually, there was one, at least one, and he was sitting right next to Comey, none other than FBI General Counsel James Baker, who admitted in congressional testimony that he did think Clinton’s dishonest act merited prosecution.

According to Fox News’s Catherine Herridge:

The FBI’s top lawyer in 2016 thought Hillary Clinton and her team should have immediately realized they were mishandling “highly classified” information based on the obviously sensitive nature of the emails’ contents sent through her private server. And he believed she should have been prosecuted until “pretty late” in the investigation, according to a transcript of his closed-door testimony before congressional committees last October.