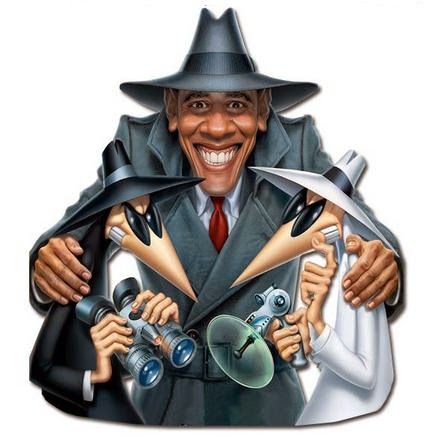 Robert Mueller and his staff may be covering up the biggest act of espionage in the United States since the acquisition of atomic secrets by the Russians at the start of the Cold War. Mueller is supposed to be investigating what the Russian hackers called “Fancy Bear” did during the 2016 election. However, he continues to ignore an Associated Press expose indicating Fancy Bear focused on non-partisan email users including defense industry employees and those in the intelligence community. According to the AP, Department of Justice employees were aware of what Fancy Bear was doing, but didn’t warn those whose emails were being hacked. . Fancy Bear used access to the Democrats national committee emails as a cover story to hide what may have been the real reason for the operation from the meatheads at the Department of Justice (DOJ)..

It may come as a surprise to some politicians and journalists, but Americans and Russians and their allies have been spying on each other and attempting to influence political opinions in each other’s countries for 70 years.

It is time to recognize that Fancy Bear was conducting a major espionage operation rather than attempting to play politics. I don’t know if the Justice Department’s Fancy Bear collaborators were just stupid or the Russians paid them for their services. Nor, do I know if Mueller and his staff are taking money from the Russians or they’re just trying to protect “dirty” DOJ employees and possibly former President Barack Obama. Obama’s cybersecurity coordinator Michael Daniel has indicated Obama told DOJ employees not to stop the Russians.

It’s time for President Donald Trump to replace Mueller and his band of incompetents with investigators who have never worked for the Department of Justice. Their mission should be to identify and prosecute those who collaborated with the Russian hackers and to determine if the Russians were able to use the knowledge they obtained to access classified information or infiltrate corporate or government computers.

Even if personal emails didn’t contain classified information, they could have helped identify people who could be black mailed or be willing to accept bribes. Emails could have identified disgruntled employees who might welcome help to get even with an “unfair” employer. A covert agent could get acquainted with the employee and then tell the employee how he or someone he knew got even.

2 thoughts on “Is Robert Mueller Covering Up Major Russian Espionage?”