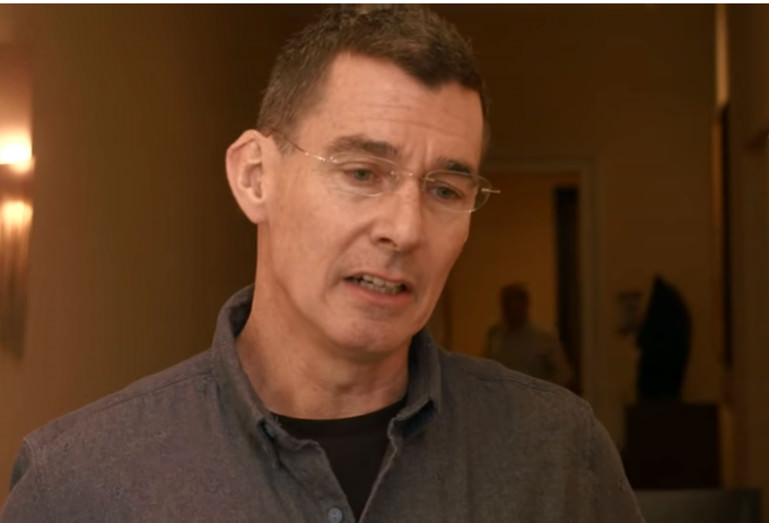 Levi Strauss & Co. CEO and president Chip Bergh has jumped into the debate over the Second Amendment and American rights to self defense with both feet. He has come down on the side of those who want population disarmament.

In 2016, Levi Strauss asked gun owners not to bring guns to their stores. They claimed they were not against gun owners, they just did not like people exercising the Second Amendment in their stores. From splinternews.com:

Citing a recent incident in which a customer was injured after the gun they were carrying was accidentally fired in a Levi’s store, Bergh concluded that, “while we understand the heartfelt and strongly-held opinions on both sides of the gun debate, it is with the safety and security of our employees and customers in mind that we respectfully ask people not to bring firearms into our stores, offices or facilities, even in states where it’s permitted by law.”

Now, in concert with the Democrat party ramp-up supporting gun control for the 2018 midterms, Bergh has announced full support for political groups pushing for more and more restrictions on the exercise of Second Amendment rights. In concert with the Progressive left, he uses the re-branded term of “gun safety”, as “gun control” has become used up and toxic. Some policies, different label. From fortune.com:

So today, on top of our previous actions, Levi Strauss & Co. is lending its support for gun violence prevention in three new areas.

First, we have established the Safer Tomorrow Fund, which will direct more than $1 million in philanthropic grants from Levi Strauss & Co. over the next four years to fuel the work of nonprofits and youth activists who are working to end gun violence in America.

Second, I’m proud to announce that Levi Strauss & Co. is partnering with Everytown for Gun Safety and executives including Michael Bloomberg to form Everytown Business Leaders for Gun Safety, a coalition of business leaders who believe, as we do, that business has a critical role to play in and a moral obligation to do something about the gun violence epidemic in this country. I encourage every CEO and business leader reading this to consider the impact we could make if we stood together alongside the broad coalition of concerned parents, youth, elders, veterans, and community and faith leaders who are committed to shaping a safer path forward.

As is typical with those pushing more restrictions on the ownership and use of guns, words and facts are carefully changed in Orwellian ways. Take this phrase from Bergh’s interview:  “On an average day, 96 Americans are killed by guns” .

About 2/3 of the people who are killed with guns, kill themselves, with their own gun. Most are older white men, to use the identity standards of the left.


None of the current restrictions on gun ownership or use of guns proposed by the political left would make any significant reduction in those suicides.

It is a bad idea for a company to insert itself into a contentious political question. They are bound to offend a large group of potential customers.

But progressive businessmen often put the political agenda ahead of profits and the well being of their stockholders.

It seldom works out well. There are many manufacturers of clothes on the market. It isn’t hard for the 100 million gun owners in the United States to chose a different brand. Leftist virtue signaling has consequences.

©2018 by Dean Weingarten: Permission to share is granted when this notice and link are included.