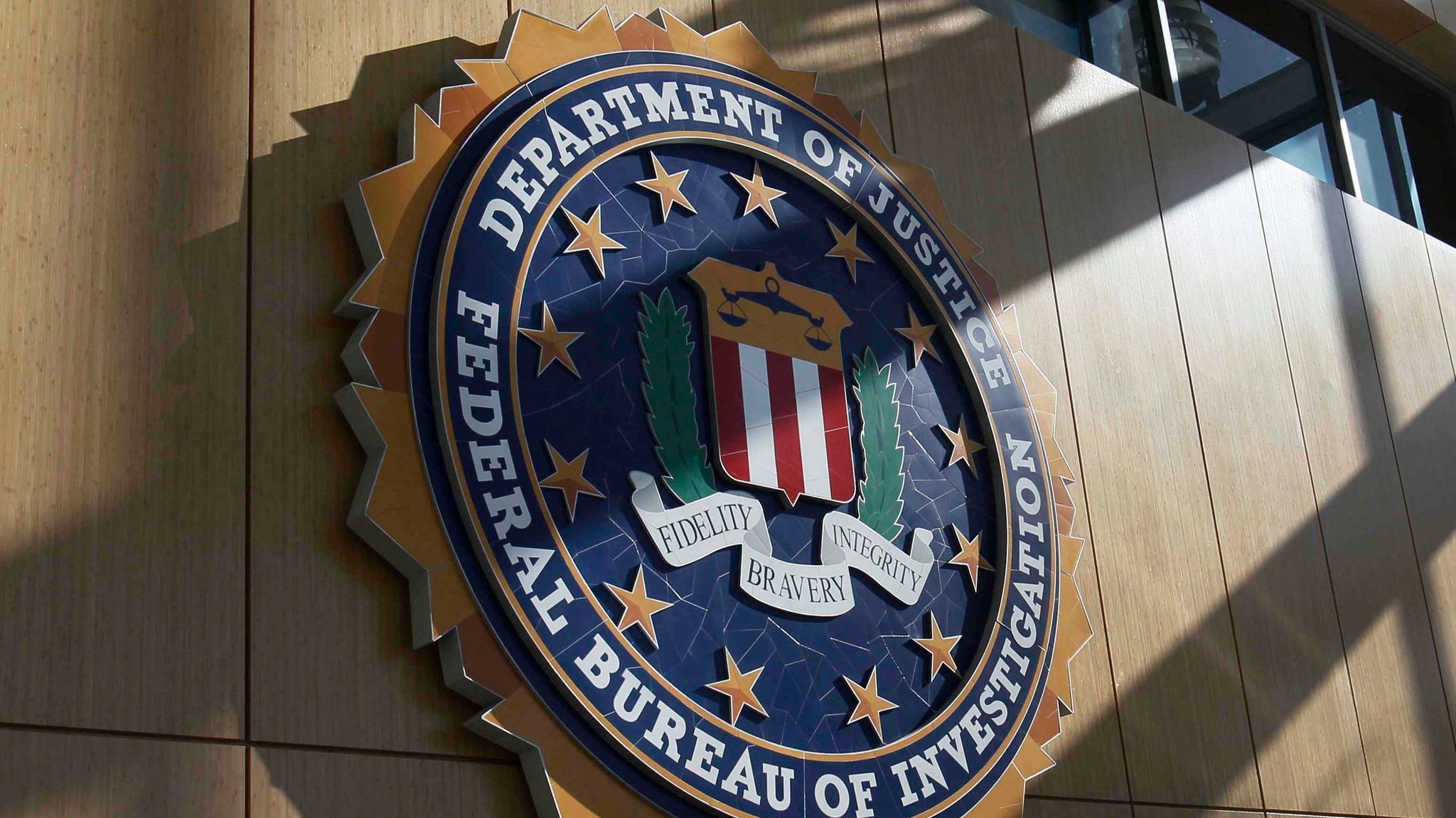 The FBI Friday released 71 heavily redacted pages describing that it had corresponded with former British spy Christopher Steele, the author of a dossier alleging collusion between the Trump campaign and Russia, and revealed the agency was paying him to gather intelligence.

The records show Steele was being paid for work as a “confidential human source” for an unspecified amount of time, and that he’d told the FBI he had informed a third party he was acting as an agency source, reports NBC News.

In addition, the papers show the FBI had determined Steele was the source for an online news article.

Even though the FBI has labeled the released file as “Records between FBI and Christopher Steele Part 01 of 01,” the former spy’s name itself doesn’t appear in the documents, notes the Washington Examiner.

The redactions make it impossible to tell when the FBI started paying Steele, NBC News reported. However, in February 2016, the agency “admonished” Steele. A federal law enforcement official explained that this simply means he was briefed on his duties of being an informant, not being punished or criticized.

Then, on Nov. 1, 2016, just a week before the presidential election, the FBI told Steele he should not “obtain any evidence whatsoever on behalf of the FBI,” as it was not likely to keep working with him.

Steele, however, had helped the FBI with past investigations, including one on corruption in international soccer.

It has already been reported, through The Washington Post, that the FBI and Steele reached an agreement in October 2016 to pay Steele to continue his research that led to the dossier.

Steele, a former M16 operative who ended up owning a private firm, had compiled the dossier while under contract to Fusion GPS, a research firm that had initially been hired by a Republican media firm, the Washington Free Beacon, to get information on Trump.

After Trump’s nomination, Hillary Clinton’s campaign and the Democratic Party began paying for Fusion’s research, and then Fusion recruited Steele to gather information from sources in Russia.

BuzzFeed published the dossier in January 2017. It not only alleged collusion, but had salacious stories about President Donald Trump and claimed that former Trump attorney Michael Cohen had met with Russian officials. Cohen sued the website, but has since dropped the case.

Peter Strzok Insisted on Retaining His Ability to Leak Information

We’ve learned something new about the disgraced former FBI Deputy Assistant Director Peter Strzok. When he was being moved over to Robert Mueller’s Special Counsel Operation, Strzok insisted on retaining the clandestine perks of his job.

This was clear in 14 pages of documents we have received from the FBI. They show that Strzok demanded that he keep his high-level security authorizations when working with the Mueller Team. These documents also confirm that Strzok played a pivotal role in the flawed Hillary Clinton email investigation.

We received the records in response to our December 2017 Freedom of Information Act (FOIA) lawsuit that we filed after the FBI failed to respond to an August 17, 2017, FOIA request  (Judicial Watch, Inc. v. Federal Bureau of Investigation (No. 1:17-cv-02682)). We were seeking:

A series of emails reveal Strzok’s insistence that he retain all the authorizations he held as a Deputy Assistant Director (DAD) in the counterintelligence division (CD), including his security clearance, after his reassignment to the special counsel’s office. In a July 13, 2017 email to numerous FBI officials, some of whose names are redacted, Strzok says:

Broadly, I need to be able to act at least in the capacity of my old CD DAD job – approve NSLs [national security letters], conduct [redacted] declassify information, [redacted] agent travel, requisitions, etc.  Of those, the most problematic and one of the most essential is declassification authority.

In answer to your initial question, while assigned to the Special Counsel’s office, you will retain your CD DAD authorities, to include declassification authority.

Assuming the 7th floor approves, you will remain on CD’s books as a fourth (floating) DAD.  When you move on from your DAD position, your DAD slot will revert back to HRD.

Strzok was reportedly removed from the Mueller investigative team in August 2017 and reassigned to a human resources position after it was discovered that he and FBI lawyer Lisa Page exchanged text messages during the Clinton investigation and campaign season that raise serious questions about his anti-Trump/pro-Clinton bias. They were also engaged in an extramarital affair.

Strzok oversaw the FBI’s interviews of former National Security Adviser General Michael Flynn. He changed former FBI Director James Comey’s language about Hillary Clinton’s actions regarding her illicit email server from “grossly negligent” to “extremely careless.” He also played a lead role in the FBI’s interview of Clinton and is suspected of being responsible for using the unverified dossier to obtain a FISA warrant in order to spy on President Trump’s campaign.

It’s a sad state of affairs when we can’t trust a Director of the FBI to do the right thing.

But that’s where we are. And so we asked the FBI to demand James Comey preserve government records he may have taken with him when he left the FBI director’s office.

In response, the FBI tells us it sent a letter to Comey requesting that he preserve federal records and return any agency records in his possession not already returned to the FBI. The letter was sent in response to our and the Daily Caller News Foundation (DCNF) (our co-plaintiff and client) concerns that Mr. Comey kept government records on personal email accounts.

But the FBI refused to share the letter with us, so we followed up with a motion asking a federal court to issue an order for preservation. We argue that there is reason to be concerned that the responsive records could be lost or destroyed. We point out that in June 2018, the DOJ’s Inspector General stated, “We identified numerous instances in which Comey used a personal email account (a Gmail account) to conduct FBI business.”

The filing comes in an April 2018 Freedom of Information Act (FOIA) lawsuit filed after the DOJ failed to respond to our May 2017 request and DCNF’s February 2018 request (Judicial Watch and The Daily Caller News Foundation v. U.S. Department of Justice (No. 1:18-cv-00967)). The lawsuit is seeking:

It is incredible that it took our prodding of the FBI for it to ask Mr. Comey to return federal records – over a year after he was fired. Mr. Comey continues to be protected by the FBI and DOJ. It is outrageous that the agencies oppose a simple preservation order to make sure no Comey records are lost or destroyed.

We want all records of communications regarding anti-Israel group Boycott, Divestment and Sanctions’ (BDS) efforts to lobby the Obama administration to adopt policies to harm companies doing business with Israel (Judicial Watch v. U.S. Department of Defense (No. 1:18-cv-01721)).

We sued after all three agencies failed to respond to nearly identical April 23, 2018, FOIA requests seeking:

All emails to or from current or former officials in the [DOD, DHS, or State] Office of the Secretary containing the phrase “boycott divestment and sanctions.”

All emails to or from current or former officials in the [DOD, DHS, or State] Office of the Secretary containing both the terms “BDS” and “Israel.”

Here is the background. In February 2016 President Obama signed the Trade Facilitation and Trade Enforcement Act of 2015 into law. It compels U.S. trade partners to cut ties to the BDS movement and protects Israel territories from illegal discrimination. But Obama announced:

Certain provisions of this Act, by conflating Israel and “Israeli-controlled territories,” are contrary to longstanding bipartisan United States policy, including with regard to the treatment of settlements.  Moreover, consistent with longstanding constitutional practice, my Administration will interpret and implement the provisions in the Act that purport to direct the Executive to seek to negotiate and enter into particular international agreements (section 414(a)(1)) or to take certain positions in international negotiations with respect to international agreements with foreign countries not qualifying for trade authorities procedures (sections 108(b), 414(a)(2), 415, and 909(c)) in a manner that does not interfere with my constitutional authority to conduct diplomacy.

Shortly after Obama signed the act, the Customs and Border Protection Bureau restated the West Bank Country of Origin Marking Requirement rules requiring labeling of goods as being from the “West Bank,” despite the fact that it is not a sovereign country. The Jerusalem Post later reported the restated rules were a result of several complaints filed by activists wanting the United States to follow policy guidelines distinguishing goods produced from Israel and the West Bank.

Proponents of the West Bank country-of-origin marking requirements claim it stems from “longstanding bipartisan U.S. policy” toward the Israeli-Palestinian conflict. First put in place in 1995 under the Clinton administration, the rule is to preserve the distinction between the goods produced in State of Israel and the good produced in the territories it controls over the Green Line.

The BDS movement is endorsed by the PLO and other anti-Israel groups encouraging an economic and cultural boycott of Israel.  It has gained the support of radical leftwing groups here in the United States.

Americans deserve to know if the Obama-era agenda of supporting anti-Israel radicals in subverting U.S. law is ongoing. These entrenched bureaucrats of the Deep State clearly require lawsuits to compel observance of FOIA law.