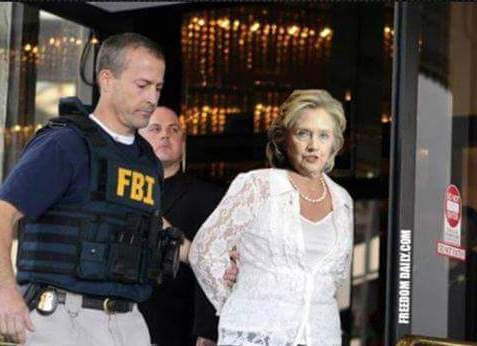 Late last week, as the furor over the Inspector General report was raging, I devoted a fair amount of my radio show to arguing that Hillary Clinton should have been charged and prosecuted over her email scandal — the DOJ’s handling of which was the subject of the IG’s findings. I’ve already written extensively about Mrs. Clinton’s egregious misconduct, highlighting the reasons why it wasn’t just a series of stupid mistakes, and pushing back against unpersuasive arguments about the nature of her actions. It seems as though this same sticking point has also been bothering Harvard-trained attorney, former JAG officer, and former Cornell Law School lecturer David French, who made his case for prosecution at National Review Online on Friday. His indictment, rooted in personal experience and deep understanding of the relevant statutes, is compelling:

After reading the analysis, I just flat-out don’t buy that Hillary’s conduct — and her senior team’s conduct — didn’t meet that standard. The key reason for my skepticism is the nature of the classified information sent and received. Remember, as Comey outlined in his infamous July 5, 2016 statement, Hillary sent and received information that was classified at extraordinarily high levels…If you’ve ever handled classified information, you understand that there are often judgment calls at the margins. When I was in Iraq, I often made the first call about classification. In other words, I determined whether to send information up the chain via the unclassified system (NIPRNet) or the classified system (SIPRNet). Entire categories of information were deemed classified by default. Other categories were commonly unclassified. But sometimes, I had to make a choice. And sometimes, the choice wasn’t clear.