Remember the look on Nancy’s face?

House Intelligence Committee Chairman Devin Nunes (R-CA) stated yesterday exactly what I said… there’s a lot more coming down the pike on all this. This is just the beginning. There will be more memos released as the committee concludes its investigation into the abuse of FISA warrants by the Obama administration. The State Department is next on the chopping block here.

While appearing on Fox News’ “Special Report” with host Bret Baier, Nunes confirmed what Monica Crowley was referring to yesterday. That the FISA memo is only the beginning of the investigation into all this corruption. When asked by Baier if more memos would come out, Nunes responded, “Yes, this completes just the FISA abuse portion of our investigation,” adding that the “investigation is ongoing.” “We are in the middle of what I call ‘phase two’ of our investigation, which involves other departments,” Nunes continued. “Specifically, the State Department and some of the involvement they had in this.”

If I were Democrats, I’d buckle up tight. This is going to be a very rough ride for them and deservedly so. When the FISA memo was released yesterday, there was a collective meltdown on the left and in the media. Democrats alleged that key facts were left out of the memo and that it endangered national security. As I understand it, the memo did not leave out key facts and in fact was of no consequence to national security either. It was marked classified to hide what they were doing. They said the memo was misleading and accused Republicans of trying to undermine Special Counsel Robert Mueller’s investigation.

The memo asserts that former FBI Deputy Director Andy McCabe stated in closed-door testimony that without the anti-Trump dossier, the FBI would not have been able to secure surveillance warrants against the Trump campaign. It also claims the dossier’s author, Christopher Steele, expressed a personal animus toward Trump. That is true and I have noticed that none of the Democrats are outwardly contesting the memo and the contents of it… they are saying that it helps Putin and is unfair. Typical.

Nunes, who co-wrote the memo with Rep. Trey Gowdy (R-SC), said he didn’t want to release the memo, but he had an obligation to the American people when he saw FISA abuse. And we owe Nunes a debt of gratitude for doing so. It was the right thing to do. “I have an obligation to the American people when we see FISA abuse,” Nunes said. “These are secret courts that exist to target for foreigners, for catching terrorists, for catching people who might be bad actors and the American citizens that are represented before this court have to be protected, and the only place that can protect them is the U.S. Congress when abuses do occur.”

“They wouldn’t have received a warrant without the dossier,” Nunes said. “The dossier was presented to the court as if it was true. The court was not told that the Democrats actually paid for this.” Nunes was adamant that it’s wrong that the FBI used opposition research, paid for by the Democratic Party and the Hillary Clinton campaign, to secure surveillance on at least one Trump associate. He also said there’s “damning” evidence that the courts were misled in an attempt to surveil a Trump campaign member.

Nunes characterized Democrats on the committee as dishonest actors who are not interested in the truth. “They know they’re not being honest actors, and I get tired of playing wack-a-mole everyday with the Democrats on this committee who never wanted to start this investigation in the first place,” he said, later adding: “These guys tell so many lies you can’t keep track of them.”

As for allegations about collusion between the Trump campaign and Russia, Nunes noted that much of the information in the dossier came from Russian sources. “So there’s clear evidence of collusion with the Russians,” Nunes said. “It just happens to be with the Hillary Clinton campaign and the Democratic National Committee.” Exactly. 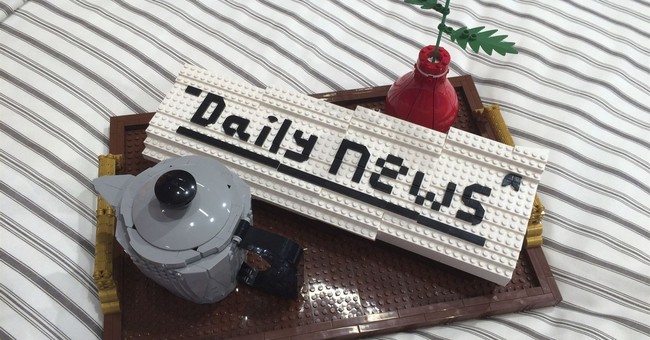 This week we saw a perfect example of how corrupt journalism has become. There was an opportunity to report the news and journalists and their fellow travelers in the pundit class balked. While that wasn’t unusual, what was is how they did it in the lead up to the news, not bothering to wait until they’d seen what they were attempting to discredit. There was an unprecedented attempt to make the release of the FISA memo NOT NEWS before anyone knew what was in it.

Over the past two weeks, Democrats scrambled to “warn” the public that the release of the FISA memo would “damage national security” were it released. Journalists picked up the mantra and ran with it, unquestioningly parroting it in badgering Republicans about why they would support its release considering this charge. There was virtually no discussion as to whether or not this allegation was true or an attempted partisan distraction, it was simply accepted and repeated as if it had been carved into stone tablets by a burning bush and sent directly to the teleprompter in their TV studios.