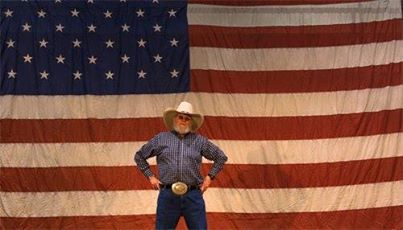 We almost lost our country last fall. America was unwittingly on the precipice of becoming a nation whose government was willing to go to illegal and devious lengths to maintain the status quo.

I believe there will be irrefutable evidence of collusion among the upper echelons of the Democratic Party actually denying any candidate except Hillary Clinton a chance to be their presidential candidate.

I believe there will be evidence of the same people and their Democrat puppets in Congress to foist a false dossier, undocumented, totally unsubstantiated and paid for by the Democrats, on the American public aided by their serfs in the media that would falsely tie Donald Trump, his associates and members of his inner circle with the Russian government.

I believe there will be proof of the weaponizing of federal agencies and personnel and collusion between the Obama justice department and the FBI.

We already know that the Internal Revenue Service was used to deprive citizens groups of their rights and we know the guilty parties are still walking the street.

None of this was ever supposed to come to light, they were so arrogant and confident that Hillary Clinton was going to be president and all the garbage would be buried, the guilty parties would still be in power and that the socialist-globalist agenda of Barack Obama would go forth, that they didn’t even take the time to properly cover their footprints.

And now, due to some diligent digging and dogged persistence by the few journalists who don’t live in the Democrat puppy pound, the sordid and dangerous truth is starting to come out.

At this juncture, we don’t know how deep the corruption goes or how high up the ramifications will reach, but it starts at the director level and could go all the way to the top.

These are the same people who perceived the American public to be gullible enough to believe that the murder of a United States Ambassador and three other Americans in Benghazi was caused by an anti-Muslim video, created by some faceless, nameless character, who, to this day, nobody seems to know the whereabouts of.

And that in the course of thirteen hours the greatest military on the planet couldn’t have executed a rescue plan. (And by the way, there is new evidence in the air on that Obama-Clinton debacle also).

It was all planned out, Hillary would be elected by a landslide, all the dirt would have been covered up, the guilty parties would go free and ultraliberal immigration policies would have been instituted, a quick path to citizenship established and an unbeatable voter base created to guarantee a Democrat government ad infinitum.

The entitlement rolls would have grown exponentially, the economy would have continued its downward spiral, as the Clinton government would have adopted the anti-business, pro-taxes policies of the Obama administration, the national debt, which Obama doubled while he was in office, would have expanded, and America would have continued to be viewed around the world as a wimpy, out of control former superpower, not worthy of either prestige or respect.

Our military would have continued to be neglected and downsized and the velvet glove treatment of Islamic terrorists would be maintained.

Religious freedom would have continued to be stifled and government bureaucracies and power would have grown until its tentacles would have reached into every facet of life.

Washington, even at its best, is a fetid swamp crawling with those who have sold their respectability, honor and constituents, and the nation for that matter, for a few more years of power.

At its worst, it’s a concerted effort by politicians, who, even though they know they are proliferating a lie, are you listening, Congressman Schiff? they smugly push any scheme, no matter how underhanded, that will give their accursed political party an edge, even to the point of trying to decertify the election of a duly-elected president.

Does anybody actually think that Schumer, Pelosi and the rest of the Democrats and a couple of RINOs actually care about the dreamers?

Well, they have claimed that they care about the minorities for fifty years, but what have they done for them?

All the dreamers or the minorities mean to these burnt charlatans are votes, pure and simple. Just give us your vote and go back to the ghetto and wait for another fifty years.

America walked on thin ice and almost fell through, only the grace of God kept us from it.

What do you think?

Pray for our troops, our police and the peace of Jerusalem.

One thought on “Close Call”