You really think you’re on a roll don’t you. With your swamp rat Robert Mueller and his Chilean Junta style farce investigation; your evil acolyte, James Comey, who it’s safe to say is the dirtiest cop in America; your FBI agent, pro Clinton political hack, Peter Strzok; your dirty, disloyal and un-American FBI hierarchy; your globalist sleepers planted in the intelligence community, the complete unraveling of the US justice system is in process.

At your disposal is a current adjutant general who is seemingly paralyzed on the job, an assistant attorney general working against the President, an acting FBI director who eats, breathes and sleeps the Democratic Party, and your willing executioners in the mainstream media, from know nothing fools like Joy Behar to mentally ill talk show hosts like Morning Joe and his globalist girlfriend, Mika Brzezinski.

Several things have become more than crystal clear in the last year: one, a two tiered judicial system exists in this country – one for the Clintons and their minions, and the other for the rest of the nation; two, the Deep State is working hand in glove with globalists to bring down the President by turning its own crimes on him; furthermore, it is more than obvious that you do not have the best interests of America in mind. You have the best interests of globalism, corruption, lining your pockets and establishing a banana republic in America in mind.

While Mr. Trump’s crimes are non-existent, your crimes are long and legendary; from the illegal wire-tapping of candidate Trump and President-elect Trump, to the farce called the Hillary Clinton email investigation, to the multiple national security felonies and misdemeanors committed by Madame Secretary, to the sale of 20% of the nation’s limited uranium supply to our enemies, to your goals of opening our borders permanently and selling out the American worker to $10 an hour part time jobs, while our brave soldiers and marines fight endless, unwinnable wars.

You are not patriots, far from it. You are blackguards, villains as old as time. What you are is traitorous scum that has sold out to your own greed and lust for power.

This brings us to the current situation with the imaginary special counsel seeking imaginary indictments for imaginary crimes to salve the wounded psyche of criminal and supreme narcissist Hillary Clinton and her liberal supporters who can’t grasp a simple concept – they lost.

Since the announcement last weekend that General Flynn, the greatest scapegoat to walk this earth since Dreyfus, would be charged with lying to the FBI, the RUMINT (rumor intelligence) is that the President would be indicted by Christmas, on charges of obstructing justice during the Russian collusion investigation.

As you well know, the only collusion with Russia has been done by you and Democratic Party operatives. The only obstruction of justice has been done by you and Hillary Clinton. No doubt, Mr. Mueller believes he can pull this all off; the indictment of a President based on nothing, followed by the nothing response from a gutless Congress and a mentally AWOL adjutant general. No doubt, you believe the American voters will just sit by and let you piss away our republic.

This is not 1963; the last time you conducted a coup d’etat against a President who was changing America for the better. People are informed and know what your game plan is. If you think you can bring down President Trump and continue your globalist corruption like nothing ever happened, think again.

The people elected Donald J. Trump as President. That you cannot comprehend the will of the people is a testament to your outrageous arrogance and complete criminality.

The people that you detest so much are heavily armed and if called upon, will use their God-given, Second Amendment rights to restore law and order in this country.

What does this mean for you? It means this. If you indict, impeach, assassinate, or in any way depose President Trump, there will be problems. You can interpret ‘problems’ any way you desire.

Mr. Trump’s millions and millions of supporters, labeled ‘deplorables’ by your candidate, an odious, delusional despot, seek only peace and the freedom to live the American Dream.

It’s more than obvious that you wish to deny Americans the right to the pursuit of happiness.

It’s more than obvious that you wish for us to live like 21st Century serfs, while you live like 17th Century kings and queens.

This country was born out of revolution, a revolution fought against people just like you. Be on notice, an armed population awaits you as we awaited the Redcoats at Lexington and Concord.

You have been warned.

Isn’t it funny how top Democrats love to talk about “tolerance” and “compassion” when they are, in fact, the least tolerant and least compassionate people out there? Take this tweet from Minority Leader Nancy Pelosi for instance:

It’s always wonderful to see liberals talk about the people as if they were some kind of collective with shared interests. That’s nonsense, of course. Some people benefit from this policy, others from that one. The belief that “the people” are somehow one — and united — has caused major suffering worldwide. Just think about North Korea. The Soviet Union. Mao’s China. “Modern” Venezuela. And Cuba. In every single one of those countries, leaders talk about “the people” constantly, while expanding their own personal power. One of their favorite tools? Sending opponents off to the gulag/prison/concentration camps.

It should come as no surprise, therefore, that Pelosi tells California Republicans who dare support President Trump’s tax bill to leave the state. Stalin, Mao, Castro, Kim, and Chavez would have agreed. Send them off to the gulag! 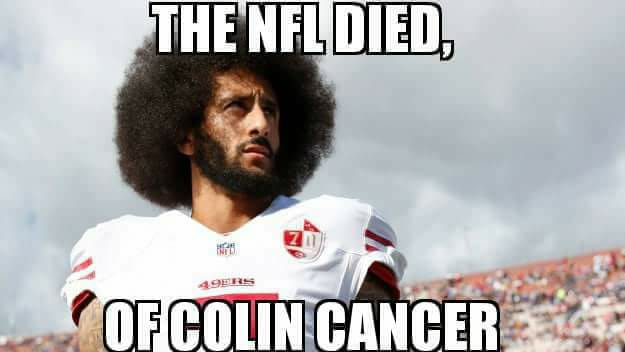 Fonda, of course, became the face of opposition to the Vietnam War in 1972 when she visit to North Vietnam at the height of the war, earning the nickname “Hanoi Jane” and infamously denounced American soldiers as “war criminals.”

In October, the actress said, “I don’t regret going to Vietnam.”

she agreed with the NFL players’ protest during the National Anthem and said she would not only kneel on one knee but on both knees.

India needs to “cherish and nurture” its Muslim population, which is integrated and considers itself Indian, former US president Barack Obama has said. It is an idea that needs to be reinforced, he emphasised at an event of a media organisation in New Delhi on Friday.

Replying to a question, Obama spoke of India’s “enormous Muslim population”, which is successful, integrated and thinks of itself as Indian. That is unfortunately not always the case in some other countries, Obama added.

Referring to India, he said, “And that is something that needs to be cherished and nurtured, cultivated. It’s important to continue reinforcing it.” To a separate question, he said Modi’s “impulse” was to recognise the importance of Indian unity. “I think he firmly believes the need for that in order to advance to the great nation status,” Obama said.

Asked about terror emanating from Pakistan, Obama said, “What is true, and an understandable source of frustration, …