NEW YORK — Political commentator Tomi Lahren is getting some backlash for posting a photo of herself wearing a U.S. flag themed Halloween costume.

Some accused the Fox News contributor of being disrespectful of the flag, including Trump administration critic Keith Olbermann, who claimed her costume was in violation of U.S. flag code.

Donald Trump, Jr. shot back with a picture of Olbermann draped in a flag on the cover of his new book.

Lahren countered that because her outfit wasn’t made from a flag, there is no violation.

Let’s not forget what Keith did…… 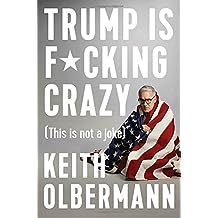 or how about what Obama’s buddy did…….

To some, any comparison between the Clintons and the Rosenbergs is a bridge too far, yet both gave aid and comfort to a strategic enemy, Russia, aid that enhanced the capability of America’s enemies to wage nuclear war on the United States. The Rosenbergs trafficked in the design of nuclear weapons while the Clintons trafficked in the raw material for nuclear weapons — uranium. It is a distinction without a difference not lost on former deputy assistant to President Trump, Sebastian Gorka:

Gorka spoke during an interview with Fox commentator Sean Hannity on his show Hannity. The two discussed Secretary of State Clinton’s involvement in the 2009 U.S. decision to allow the sale of Uranium One, a Canadian mining firm with licenses to mine American uranium deposits in Kazakhstan.

“If this had happened in the 1950s there would be people up on treason charges right now,” Gorka told Hannity of the decision to allow the sale of Uranium One…

“This is equivalent to what the Rosenbergs did and those people got the chair,” Gorka said. “Think about it. Giving away nuclear capabilities to our enemies. That’s what we’re talking about.”

Gorka was referring to Julius and Ethel Rosenberg, who were executed by electric chair in June 1953 after they were accused of giving top-secret nuclear weapon designs to the Soviet Union.

END_OF_DOCUMENT_TOKEN_TO_BE_REPLACED

ISIS has been beaten. It’s been forced out of city after city. Its fighters are dying or have run away. Its resources are exhausted.

And yet once again, there’s blood on the pavement and screams filling the air of a Western city. And the note in the bloodied truck links the attack to ISIS.

We didn’t beat ISIS because it’s not just an army or an alliance. It’s an idea. The idea is Islam.