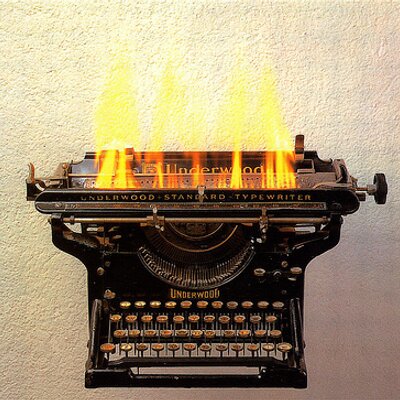 The essence of the piece is that “intelligence” was “captured” that somehow proved that Russian President Vladimir Putin gave “specific instructions” that he wanted to “defeat or at least damage the Democratic nominee, Hillary Clinton, and help elect her opponent, Donald Trump.”

Pardon me, but I don’t believe this for a moment. This “intelligence” may be what the Post seeks to expose – Russian “active measures” or disinformation.

As we reported back in January, “Looking at the election objectively, it is possible to say that Russian leader Vladimir Putin may have had a personal vendetta against the former U.S. secretary of state for some reason, stemming from allegations of U.S. meddling in Russian internal affairs. On the other hand, Putin may have preferred that Clinton become the U.S. president because her failed Russian ‘reset’ had facilitated Russian military intervention in Ukraine and Syria, and he believed he could continue to take advantage of her.”

This makes far more sense than the Post story.

Remember that Obama won the 2012 election after dismissing his Republican opponent Mitt Romney’s claim that Russia was a geopolitical threat to the United States. Obama had also been caught on an open mic before the election promising to be “flexible” in changing his positions to benefit Russia.

“These comments provide more evidence that Obama was never the anti-Russian figure he postured as in the final days of his second term,” we noted.

The Post story by Greg Miller and others is an obvious response to the observation that, if Obama thought the Russian interference was such a big deal, what did Obama try to do about it?

One can read the entire article if one is interested in how pro-Obama propaganda is manufactured by the Post. Some parts of the article are more ludicrous than others, such as this paragraph:

“Throughout his presidency, Obama’s approach to national security challenges was deliberate and cautious. He came into office seeking to end wars in Iraq and Afghanistan. He was loath to act without support from allies overseas and firm political footing at home. He was drawn only reluctantly into foreign crises, such as the civil war in Syria, that presented no clear exit for the United States.”

The paragraph is designed to mask Obama’s indifference to Russian aggression in places like Crimea, Ukraine, and Syria. In regard to the latter, Obama failed to save Syria from Russian aggression and facilitated a conflict – through secret arms shipments to the region – that now stands at 500,000 dead.

Obama’s alleged “cautious” approach in the Middle East was to support jihadist groups in Syria and Libya, and back regimes such as the Muslim Brotherhood government in Egypt, which was overthrown by the military backed by the people.

“In political terms,” the paper said, “Russia’s interference was the crime of the century, an unprecedented and largely successful destabilizing attack on American democracy.”

This is complete nonsense. There is no evidence any votes were changed as a result of this so-called “interference.”

The crime of the century is bad journalism based on anonymous sources who hide behind papers like the Post to spread their self-serving and partisan propaganda.

“This account of the Obama administration’s response to Russia’s interference is based on interviews with more than three dozen current and former U.S. officials in senior positions in government, including at the White House, the State, Defense and Homeland Security departments, and U.S. intelligence services,” the Post said. “Most agreed to speak only on the condition of anonymity, citing the sensitivity of the issue.”

One paragraph in particular tells you everything you need to know about the anonymous sources behind this story. “Those closest to Obama defend the administration’s response to Russia’s meddling,” the Post said. Yes, indeed, those “closest to Obama” would certainly do so.

Then we’re told that “They believe that a series of warnings – including one that Obama delivered to Putin in September – prompted Moscow to abandon any plans of further aggression, such as sabotage of U.S. voting systems.”

There is absolutely no evidence whatsoever for this dramatic statement. It’s completely made up.

Remember, this is the same Obama who once assured Putin that after he won his re-election campaign in 2012, he would have “more flexibility” with the Russian leader and be able to offer more concessions.

Now, all of a sudden, Obama is rough and tough and gets things done with the Russian leader. What a joke.

The paper reported that “Obama confronted Putin directly during a meeting of world leaders in Hangzhou, China. Accompanied only by interpreters, Obama told Putin that ‘we knew what he was doing and [he] better stop or else,’ according to a senior aide who subsequently spoke with Obama. Putin responded by demanding proof and accusing the United States of interfering in Russia’s internal affairs.”

It sounds like the red line in Syria that Obama had warned the Syrian regime not to cross. But they crossed it anyway.

Obama’s so-called “secret struggle to punish Russia for Putin’s election assault” exists in the minds of Post reporters who are waging a not-so-secret struggle to rehabilitate the former president’s disastrous foreign policy toward Russia and most of the rest of the world.

That may end up being another crime of the century, on par with President Bill Clinton’s deal with North Korea that was supposed to prevent the communist regime from getting its hands on nuclear weapons.

Speaking of North Korea, whose nuclear weapons program accelerated under Obama, hear the words of Otto Warmbier’s father about his son being released after Trump took office: “I think the results speak for themselves.”

Obama’s “cautious and deliberate” approach was to let the young man languish in a North Korean prison while being tortured to near death.

2 thoughts on “The “crime of the century” is bad journalism”